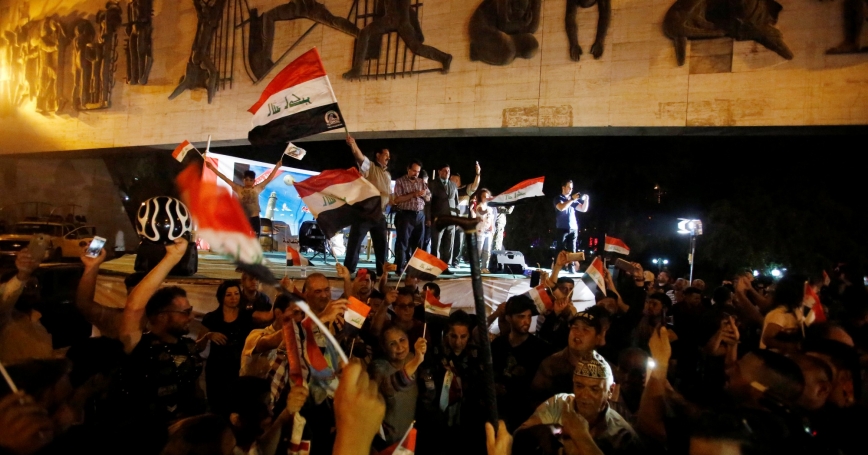 Iraqi Prime Minister Haider al-Abadi arrived in Mosul on Sunday, dressed in a black military uniform, and announced the “liberation” of the city where Islamic State declared its so-called caliphate in 2014. “The world did not imagine that Iraqis could eliminate Daesh,” he remarked, using the Arabic acronym for the group.

But this war is far from over. A growing number of Iraq's Sunnis are disenchanted with the slow pace of reconstruction and frustrated with a Baghdad government they consider too friendly to Iran. The U.S. needs to shift its focus quickly from supporting military operations in cities such as Mosul to helping the Iraqi government better address political grievances. Failure risks sowing the seeds of ISIS's resurgence.

ISIS started strong in 2014, taking advantage of Sunni grievances against the Iraqi government. At its peak, according to a RAND Corp. analysis, ISIS controlled nearly 58,000 square kilometers of territory in Iraq, home to more than six million people. But beginning in 2016 the group lost significant territory in cities like Sinjar, Fallujah, Ramadi and now most of Mosul to a combination of U.S. and allied strikes, ground assaults by the Iraqi security forces, and Sunni, Shiite and Kurdish militia advances.

Despite these successes, there are troubling signs in Iraq, particularly within the Sunni Arab community. Take the western city of Fallujah. A year after Iraqi forces liberated the city, residents are disenchanted because of the slow pace of rebuilding, the absence of government services and skyrocketing unemployment. “This area was liberated in June, and it still looks the same now,” Hussein Ahmed, a Fallujah resident, told a visiting journalist earlier this year. “I speak for thousands of people when I say the government has forgotten us.”

Many Sunnis also look warily at growing Iranian influence. Tehran is committed to increasing its influence in Iraq through such organizations as the Popular Mobilization Units, militias that include as many as 150,000 Shiite fighters. To the consternation of many Sunnis, Iraq's parliament passed a law in December 2016 formally integrating the Popular Mobilization Units into Iraq's security forces. Today, such Shiite forces are nearly as large as the entire Iraqi army.

ISIS fighters are attempting to leverage these grievances in several ways. Its operatives have recruited new members who are unhappy about the pace of reconstruction in Sunni towns and cities, angry about friends or family members who have been abused by pro-government militias, and nervous about Iran's growing influence in the country. Iraq's security services have noted with alarm that ISIS cells are re-establishing intelligence networks in Ramadi and Fallujah. Even after last week's defeat in Mosul, ISIS still holds nearly 10,000 square kilometers of territory in Iraq with a total population of one million, including the western city of al Qa'im. It also boasts over 15,000 fighters across the Iraq-Syria battlefield and more than $500 million in annual revenue through the end of 2016, though ISIS's monthly revenues have declined in 2017.

ISIS is also shifting from conventional to guerrilla operations, including ambushes, raids, suicide attacks, car bombs and assassinations. The group is relocating its personnel and battlefield supplies to mountains, caves and desert areas around the Iraqi city of Haditha, Lake Tharthar, and the Iraq-Syria border region. ISIS has also used multi-rotor and fixed wing drones for surveillance and, occasionally, strike missions. In addition, the group is restructuring its wilayahs, or provinces, and decentralizing its organizational structure in Syria and Iraq to conduct more effective guerrilla operations. In light of these developments, the U.S. should establish a more aggressive political strategy to prevent Islamic State's revitalization. U.S. diplomats and military leaders need to encourage Iraqi leaders to better address Sunni grievances. One step would be to cut in half the number of Shiite forces under the Popular Mobilization Units and transition militia fighters to civilian employment. U.S. officials might also press Baghdad to withdraw Shiite militias from the Iraq-Syria border, including in Nineveh, where they facilitate a regional pipeline of Shiite fighters from Iran all the way to Lebanon.

In addition, the U.S. should help coordinate international assistance coming into Iraq, with an emphasis on rapid repair of damaged infrastructure in urban centers like Mosul, Ramadi, Fallujah and Beiji. Reconstruction assistance should be openly associated with efforts to move the Iraqi government and Sunni Arabs closer together. Islamic State's predecessor, al Qaeda in Iraq, began to reconstitute itself in 2011 in part because of Baghdad's failure to address Sunni grievances and Washington's decision to withdraw U.S. forces and inability to influence Iraqi politics. It would be doubly tragic to make the same mistake again today.

Seth Jones is director of the International Security and Defense Policy Center at the RAND Corporation and author of “Waging Insurgent Warfare: Lessons from the Vietcong to the Islamic State” (Oxford).

This commentary originally appeared on The Wall Street Journal on July 12, 2017. Commentary gives RAND researchers a platform to convey insights based on their professional expertise and often on their peer-reviewed research and analysis.