The North Korea Standoff: Have We Been Here Before? 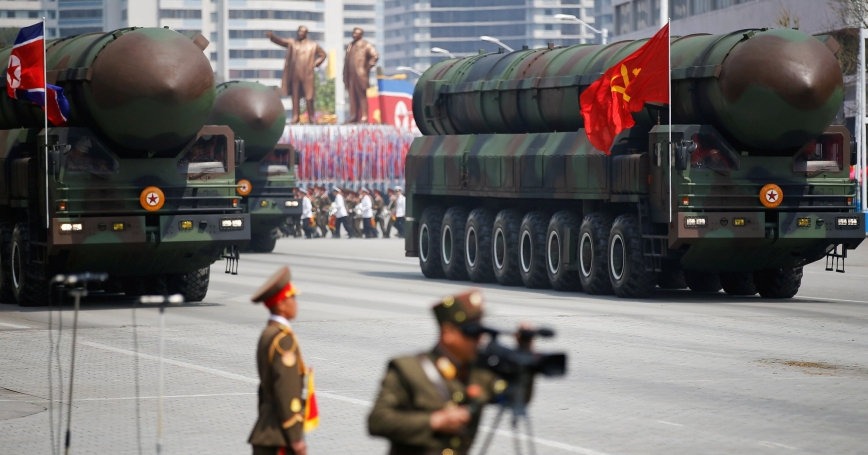 by James A. Thomson

Have we been here before? A hostile power other than the Soviet Union, led by a leader considered by many to be a madman, is developing a nuclear capability with the ultimate aim of being able to strike the U.S. with nuclear-tipped missiles.

Yes. China in the 1950s began a nuclear weapons development program that concerned the Kennedy administration when it came to power in early 1961.

Within the previous decade, China and the U.S. had been at war in Korea and had gone through two serious crises over Chinese shelling of the Taiwan held Islands of Quemoy and Matsu. China and the U.S. were mutual enemies. They did not have diplomatic relations.

The Chinese nuclear program deeply worried President Kennedy. According to the historical record, he considered Chinese acquisition of a nuclear weapon likely to be “the most significant and worst event of the 1960s.”

His military and civilian advisers launched a series of analyses of military options, direct and covert attacks, to destroy or delay the program. Although these studies were largely complete during his administration, they continued into the first year of the Johnson administration after Kennedy's assassination in late 1963. Johnson decided not to pursue the military options.

The Kennedy administration studies had largely demonstrated that the military options were either infeasible or too risky, effectively leaving deterrence as the only option—the U.S. threat to attack China with nuclear weapons should it try to attack us or our allies.

China exploded its first nuclear device soon after Johnson's decision. It would take more than a decade before China developed a capability to strike the U.S. with intercontinental ballistic missiles (ICBMs). During that period the U.S. did not seek to stop the missile programs, other than to argue that they were a reason that the U.S. needed to develop a limited anti-ballistic missile program during the Nixon administration.

A lot of this should sound familiar to anyone following the debate on the North Korean nuclear program.

Of course, a lot changed in the U.S.-China relationship since the mid-1960s. Johnson was not as hostile toward China has Kennedy had been. The relationship needed to be managed deftly during the Vietnam War.

For strategic reasons, President Nixon decided to pursue a diplomatic opening to China, which culminated in the Shanghai Communique with the promise to work toward normalization of relations. President Carter and Chinese leader Deng Xiaoping achieved normalization in 1978.

The conclusion that the only option is deterrence is still sound.

Thus during the period that China was developing an ICBM, the U.S. relationship with China changed from mutual hostility to a close, if not always friendly, relationship. By the early 1980s, analysts saw Chinese nuclear weapons as more oriented toward the Soviet Union than the U.S.

A similar warming of relations has clearly not happened in the U.S.-North Korean relationship during the period of North Korean ICBM development.

But the conclusion that the only option is deterrence is still sound. The military options have the same problems now as then. In fact they are made more complicated by the vulnerability of South Korea to North Korean artillery and the possibility that a U.S. war with the North could lead to a U.S. war with China.

A two-track strategy of deterrence and diplomacy is needed. Deterrence needs to be manifest through policy statements, military doctrine, and capabilities and exercises.

Diplomacy must be equally active, perhaps starting with a proposal to formally end the decades-old Korean War.

James A. Thomson is president emeritus of the nonprofit, nonpartisan RAND Corporation and a professor at the Pardee RAND Graduate School.

This commentary originally appeared on Newsweek on August 14, 2017. Commentary gives RAND researchers a platform to convey insights based on their professional expertise and often on their peer-reviewed research and analysis.