When It Comes to Climate, Look for Vulnerabilities in Policy, Not Science 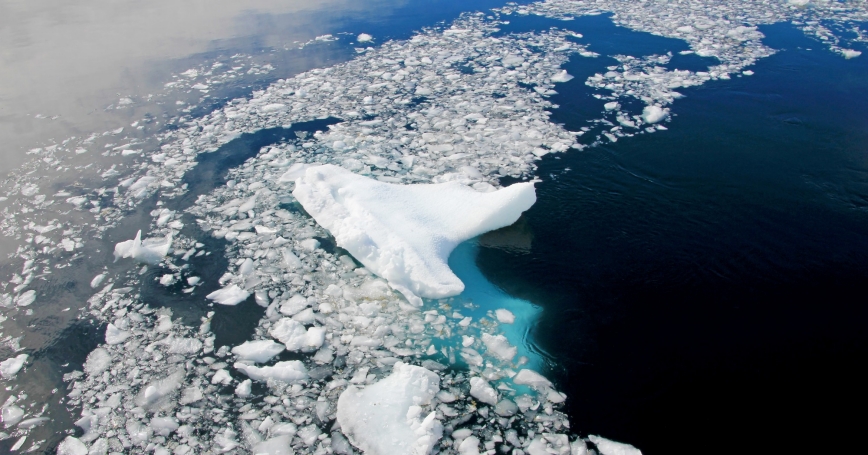 Federal policy makers, most notably EPA Administrator Scott Pruitt, have picked up on the concept of “red teaming” — actively seeking out one's own vulnerabilities. Using the technique for climate science has kicked off a flurry of debate in both scientific and policy circles.

The scientific community is openly skeptical of such applications, but red teaming could play a valuable role in meeting the challenge of climate change if it is focused on evaluating policy choices — not science.

As the Washington Post's Capital Weather Gang points out, science is intrinsically an ongoing process of questioning evidence and assumptions. The climate science community already self-organizes to do deep dives on particularly vexing uncertainties. That process has worked well since the 19th century, when John Tyndall, Svante Arrehenius, and others demonstrated that carbon dioxide is a greenhouse gas and hypothesized that increased levels of carbon dioxide in the atmosphere could lead to warming of the planet.

Science is about evidence, and evidence takes time to accumulate.

Yet, science is not a process of quick fixes. Red teaming is focused on assumptions and choices, but science is about evidence, and evidence takes time to accumulate. A climate science duel might prove entertaining, but it is unlikely to advance understanding, particularly in the absence of a focus on a specific scientific finding or uncertainty. Applying red teams to climate science is therefore an inappropriate use of what is otherwise a proven decision support tool.

While red teaming may not make sense for climate science, it does offer great benefits when weighing climate policy options. The red team concept is the modern incarnation of a long-standing practice in defense and national security communities of using critical thinking and analysis to improve decision-making. The red team approach helps decision makers critically evaluate plans and options. It identifies whether a proposed action — in response to a perceived threat — hits the mark, if it is likely to be effective or has critical vulnerabilities. Red teaming can call planned actions into question, either because they go too far or they don't go far enough.

In their defense of the scientific process, the Capital Weather Gang stops short of addressing questions regarding the role of science in guiding societal responses, and perhaps more importantly the limitations thereof.

Significant uncertainties remain regarding how future climate change will manifest at the scales at which risk management decisions are made — our cities, our river basins and our ecosystems. As a consequence, many questions remain regarding what specific actions, if any, should be taken to respond to the well-documented effects of climate change. What options are available? How effective might they be in managing risk? What unintended consequences could they generate?

Governments, businesses and individual households are developing plans and making decisions now regarding policies and practices to reduce greenhouse gas emissions and adapt to the impacts of a changing climate. Such decisions will ultimately involve hundreds of billions of dollars of investment, and, like climate change itself, will have direct and indirect impacts on the livelihoods of people and communities.

Policies to respond, or not respond, to climate change should be based on scientific evidence.

Policies to respond, or not respond, to climate change should be based on scientific evidence. Yet often the way we use science to inform policy does not work as well as we would like. As the political scientist Roger Pielke Jr. has long argued, science does not compel action. Policy development necessitates consideration of subjective elements such as values and risk tolerances — elements for which science offers few answers.

This leaves ample room for legitimate policy debate. It is in this domain where red teams could prove helpful in identifying actions that are robust to unavoidable uncertainties. Red teaming can be particularly valuable to such policy analysis, because it brings neglected or inconvenient information into an exercise and encourages the red team to seek out contrarian views.

Naturally, as part of this process, consideration should be given to the underlying uncertainties inherent in science's projections of climate change impacts — including extreme weather events and sea-level rise — and how proposed actions will perform in the face of those uncertainties. The goal of the red team should be to interrogate those uncertainties that have a critical bearing on a policy choice, rather than attempt to resolve fundamental questions regarding the science itself.

At present, a broad range of policy positions on climate change are justified based on assumptions, theories, models and future scenarios that are difficult to predict with certainty. This enhances the risk of failing to act when action is warranted as well as acting when it is not warranted. Both such errors can have cascading and unpredictable consequences that can be explored via red teaming.

Decision support tools for climate change are in high demand, and decision makers need more rather than fewer tools with which to work. That is where red teaming is needed, but not as a tool to short-cut the scientific process or support unrealistic hopes for resolving persistent scientific uncertainties.

This commentary originally appeared on The Hill on August 3, 2017. Commentary gives RAND researchers a platform to convey insights based on their professional expertise and often on their peer-reviewed research and analysis.