Why More Young Workers Are Relying on Financial Help from Parents 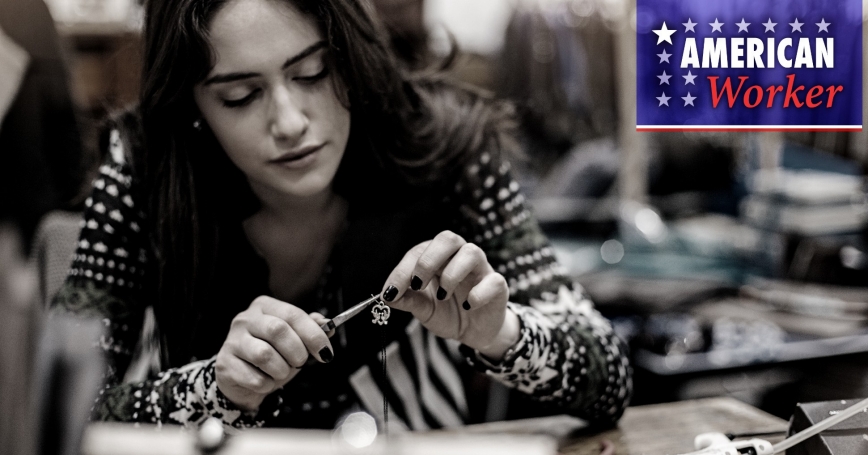 There is a trend among young adults in the U.S. that is catching the eye of journalists, researchers, and policymakers alike: They are living at home in higher rates than the historical average. According to the U.S. Census Bureau, 19.6 percent of men and 12.5 percent of women 25-34 lived with their parents in 2016 (PDF), compared to 13.3 percent and 8.0 percent in 1985 and 10.9 percent and 7.4 percent in 1960.

Residence, however, is just one form of assistance, one that is easily and consistently measured over time. If young individuals are living with their parents more, then other forms of assistance that are not frequently measured—such as buying adult children furniture or groceries, paying their rent, offering them a credit card to use, giving them a car, or helping with child care—have likely increased as well.

The available sources point to significant assistance. Around 35 percent of adults age 19-29 in the Panel Study of Income Dynamics report receiving cash gifts from their family at some point. Meanwhile, 10 percent of households headed by a 50-70 year old report in the Consumer Expenditure Survey purchasing furniture or a large appliance for someone outside their household, the majority of receivers assumed to be their children. And 20 percent of adults with parents in the Health and Retirement Study report that their parents—the grandparents of their children—assist with child care.

Interpreting the increase in financial assistance from parents to adult children is difficult. There are, of course, many cultural divinations about the character of millennials and how it may contribute to receiving help: Individuals from the generation, born 1982-2000, have no shortage of youthful selfishness, were coddled through their education, enter the workforce entitled and over-confident, and of course, are over sensitive about most things. These popular characterizations, though often amusing, do not explain broad trends in economic assistance, and may detract from the economic realities and underlying fragility assistance can reveal.

Social science researchers have identified quantifiable, causal reasons for parental assistance. First, parents invest in their children's education. One reason for the increase in parental financial assistance overall could be that educational investment is becoming both more common and more expensive. In 2015, 36 percent of individuals 25-34 had a college degree or higher, compared to 23 percent in 1985 and 11 percent in 1960. The cost of higher education has jumped, however, and the College Board estimates that tuition and fees at a four-year public university have increased 271 percent since 1976, or from the equivalent of 5 percent of median household income to 18 percent of median household income.

Second, parents provide support if their children are unemployed or experience some kind of economic shock. The millennial cohort, which graduated high school between 2000-2017, had a notoriously difficult labor market to contend with. There were two recessions, the first in 2001 after the bursting of the dotcom bubble and the second in 2007 after the bursting of the housing bubble. Over that time, the unemployment rate for young workers reached nearly 20 percent, and economists have found that merely entering the labor market during a downturn has long-term negative effects on earnings. Demographers have found that moving in with parents often occurs in direct response to unemployment.

Finally, it should also be noted that, of the bundle of goods and services that young individuals consume as they get on their feet and start families, there are two in particular that are very expensive, reaching historical levels of price growth. Rent for a one-bedroom apartment in the 25 largest metropolitan areas has increased 67 percent since 2001 to $1,188. A full-time (40 hours/week), full-year (52 weeks/year) worker would need to make $22 an hour to afford a one-bedroom apartment at 30 percent of their pre-tax income; the median hourly wage in the U.S. in 2016 was $17.86. In addition, child care costs have risen enough to now be on par with college tuition. Estimates vary about the typical, or average cost, but range from 10 percent (PDF) to 20 percent of median family income, or $9,500 a year.

All of these trends—high college attainment, increasing college costs, difficult labor market, decreased public assistance, rapid rent increases, expensive child care—can help explain why we are seeing an increase in financial assistance from parents to their adult children. Young individuals today are experiencing an array of financial challenges and vulnerabilities. And in particular, young workers are contending with a weak labor market and a slimmer public safety net.

Young people are experiencing an array of financial challenges and vulnerabilities.

But what does that mean for their parents? Is the financial vulnerability of one generation creating vulnerability among another? This is very difficult to answer; researchers have long debated how families are financially linked (PDF). One school of thought points to parental assistance as more of an exchange, or quid-pro-quo. Parents help out their adult children as a way to guarantee that those children will in turn provide for them. Another school of thought says parental assistance is a reflection of the love and care for their children, or altruism. Parents help because the children need it.

The more critical question to ask is: What does the reliance on parental assistance mean for income and wealth inequality? If young individuals need help from their family, then logically individuals with wealthy parents will have more access to help than individuals with poor parents. The results from my own research suggest that the trade-off between public assistance and private, family assistance is that children of the rich are much more subsidized.

Economists are already very convinced that persistent and concentrated inequality is partly due to financial gifts from parents to children. If the transmission of financial wealth extends from gifts to the numerous needs for assistance itemized here, then the ablation of inequality in the U.S. likely has yet another hurdle to overcome.

Kathryn Edwards is an associate economist at the nonprofit, nonpartisan RAND Corporation.