Why the Walls of RAND Are Filled with Contemporary Art 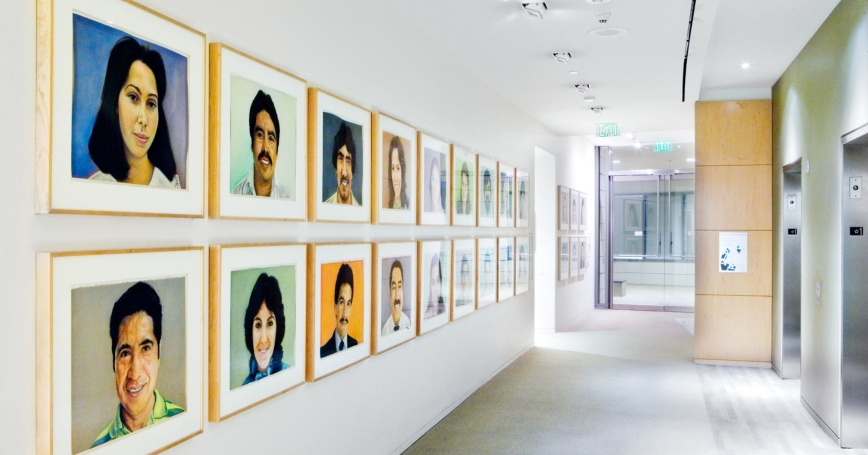 In the late 1980s, a fortuitous event occurred that continues to resonate within (and on) the walls of the headquarters campus of the RAND Corporation in Santa Monica, California.

Software developer Peter Norton was serving on a United Nations Development Programme Advisory panel in Saudi Arabia with two RAND researchers who had an affinity for art when Norton happened to mention his art collection was outgrowing its storage space. The researchers suggested a display solution: The hallways of RAND.

That was the beginning of a relationship between art benefactor and research organization that continues to this day.

What's it like to work in an office building with scores of museum-quality art on the walls? Does creative artwork inspire the innovative problem-solving for which RAND is known? A recent feature in the Los Angeles Times delved into RAND culture to address those questions. The print edition headline: “Think tank with an artful mind.”

Since the RAND building is not open to the general public, here's a peek at a few pieces in the collection.

L.A. History as an Anchor 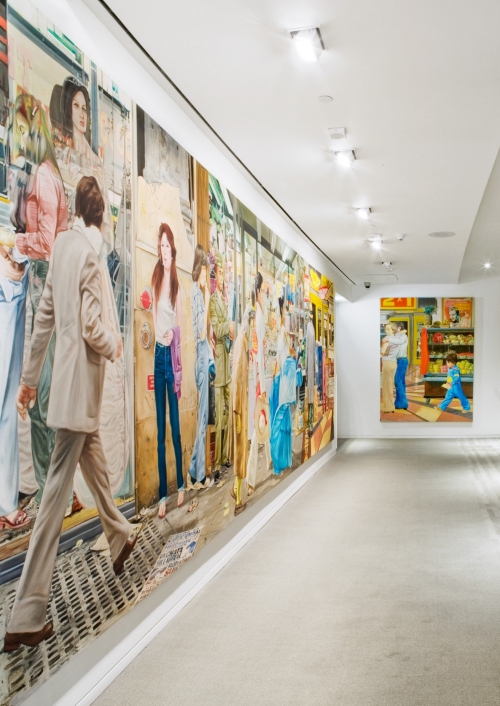 The Broadway Mural (1981) by John Valadez

John Valadez's The Broadway Mural (1981) wraps around a first-floor elevator lobby at RAND. More than 60 feet long, the multi-panel mural records a downtown Los Angeles scene outside what was then the Victor Clothing Company on Broadway between Second and Third streets. 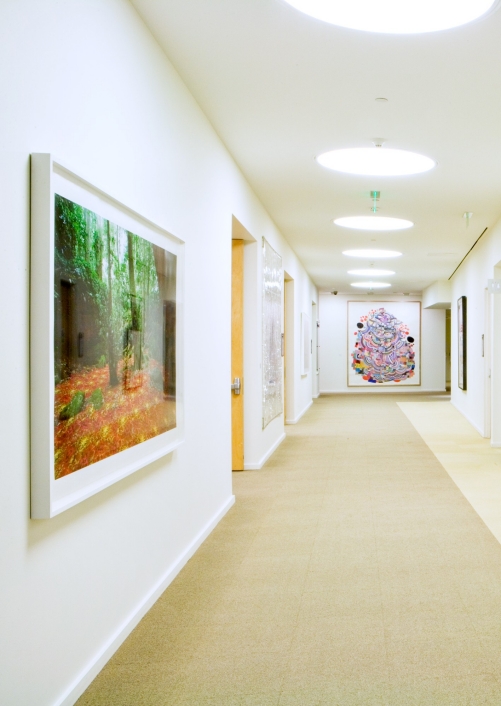 Several large works can be found in a first-floor conference space often accessed by the public. At left, one of two pieces from the Groundspeed (Red Piazza) series (2001) by Rosemary Laing, a photo-based artist known for staging elaborate art in nature. At the end of the hall is Nina Bovasso's Delaunay in Mind (2004), an abstract acrylic on paper that from a distance can be mistaken for a quilt. 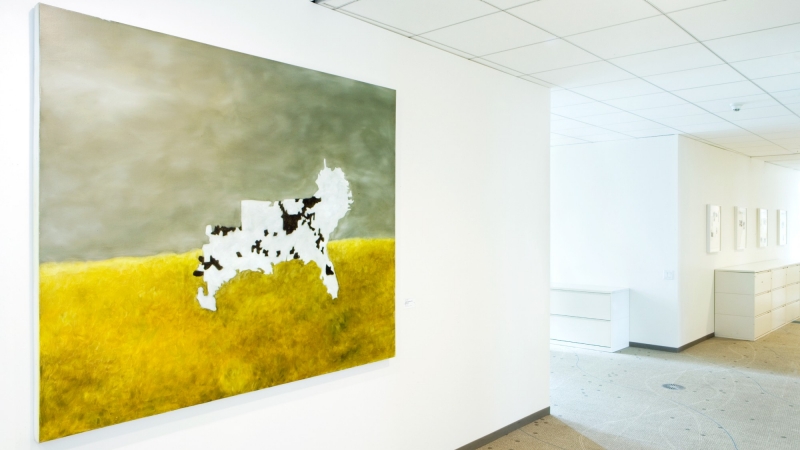 Embedded among research offices on an upper floor is Kim Dingle's Lincoln's Cow (1990), an oil-on-canvas work that cleverly maps the Confederate states during the Civil War in white and the counties that symbolically refused to secede from the Union in black.

Getting It on Tape 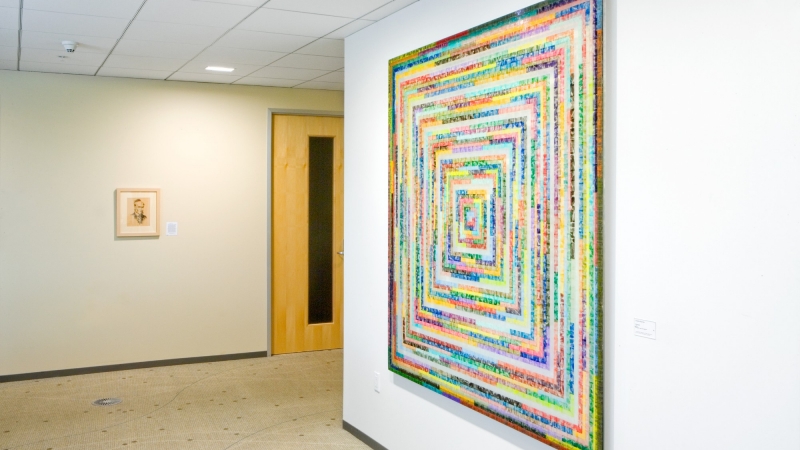 Artist Charles Spurrier created the bands of color in this 1996 untitled work by applying his thumbprints to cellophane. The oversized piece is one of several by Spurrier on loan to RAND from the Peter Norton collection. 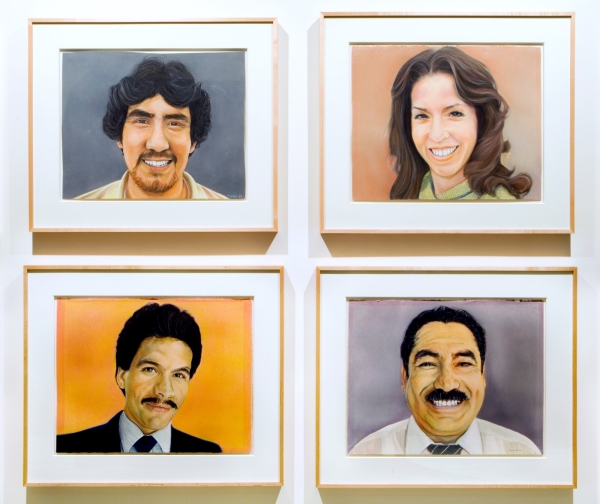 These are four of 18 Portraits of Victor Clothing Company Employees (c. 1979–1981) by John Valadez that hang across an elevator bank frequented by RAND employees. As a young artist, Valadez bartered his talent, creating portraits of the “employee of the month” in exchange for free rent for his studio. When Victor Clothing sold the historic downtown building, it tried to reunite as many of the paintings and their subjects as possible.