All That Could Go Wrong When Jihadists Return Home — to China 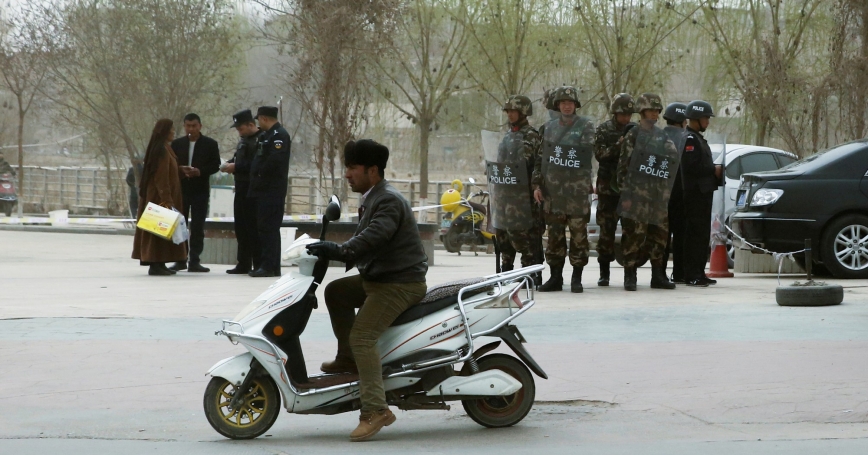 Most of the foreign fighters that flooded into in Syria during the past few years came from the West, but some jihadists also arrived from the Far East, including as many as 300 of Western China's Uighurs, the Sunni Muslim indigenous ethnic minority. Now that the Islamic State's caliphate is collapsing, it seems inevitable that some will return to China, bringing with them more of the jihadist ideology and influence that has leaders in Beijing worried.

The Uighurs come from China's western province of Xinjiang that borders Afghanistan and Pakistan. China cannot afford further instability in Xinjiang. With its abundant natural resources, and rampant arms smuggling, Beijing has begun shoring up its border patrol there.

Since Uighur fighters joined jihadists in Iraq and Syria, militant propaganda directed at China's leadership, which already has figured prominently in jihadi propaganda strategy for the past decade, has increased. In March, a video featured Uighur militants threatening China, with an image of Chinese President Xi Jinping imposed on a burning Chinese flag. Some videos appear to have been produced in China, with Uighur foreign fighters expressing their intention to return to China to wage jihad. ISIS and al-Qaida leaders have commented on the situation through various media platforms, criticizing China for policies discriminating against Muslims. One ISIS magazine published a feature article with ISIS leader Abu Bakr al-Baghdadi alleging that Muslim rights in China have been “forcibly seized” and advocating revenge....

Colin P. Clarke is a political scientist at the nonprofit, nonpartisan RAND Corporation and an associate fellow at the International Centre for Counter Terrorism-The Hague. Paul Rexton Kan is professor of National Security Studies and former Henry L. Stimson Chair of Military Studies at the US Army War College.

This commentary originally appeared on Defense One on September 28, 2017. Commentary gives RAND researchers a platform to convey insights based on their professional expertise and often on their peer-reviewed research and analysis.