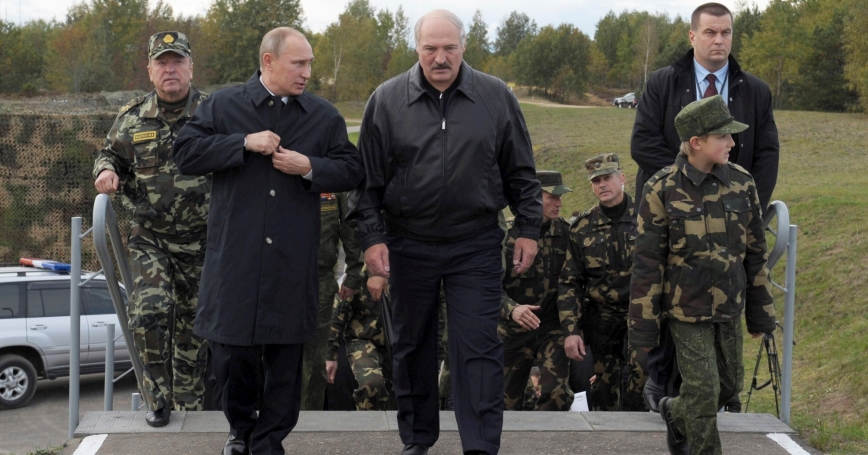 by Bruce McClintock and Bilyana Lilly

Analysts and military leaders have expressed concern that Russia is using the upcoming Zapad 2017 military exercise in Belarus as a smokescreen to put personnel and equipment in place, and keep it there, as part of a planned military escalation with the West.

Belarus, a small but proud post-Soviet nation lodged between NATO and Russia, has a long relationship with Moscow. In trying to decode Russia's strategy in Belarus, clues can be found in the nuanced and multilayered context of the general history and nature of Belarusian-Russian relations and Belarusian national priorities.

A relatively comprehensive analysis of the dynamics between Belarus and Russia, and the strategic priorities of Belarus, suggest Russia could exceed the parameters of this exercise, but the chances of that happening are unlikely. The Kremlin has little to gain from using Zapad 2017 as a pretext to establish military presence in Belarus.

Zapad, held every four years, is one of several routine Russian exercises. Russia began conducting large annual military exercises in 1999 that rotate through Russian geographic regions based on the four points of the compass. Zapad, which begins next week, is this year's western installment. While Zapad is the largest exercise planned for this year, it is also just one of several military exercises Moscow carried out jointly with Minsk.

Belarus continues to view Russia as its principal strategic military partner and seems likely to do so in the future. The deep ties between the two states reduce the need for Russia to use force to establish military presence. Belarus has a long history of military cooperation with Russia. While a part of the Soviet Union, Belarus hosted military facilities in its territory, including early-warning radar that provided coverage of Western Europe and a long-range naval communications transmitter. After the collapse of the Soviet Union, Russia and Belarus came to a gentlemen's agreement—Belarus would continue to host these facilities and provide mutual defense in times of conflict if Russia would support Belarus with discounted energy prices and loans. While there are occasional quarrels, such as Alexander Lukashenko's refusal to host a Russian air base in his country, the general understanding still holds today. Another hint the relationship endures: a recent $700 million dollar loan from Russia to Belarus....

Bruce McClintock is an adjunct policy analyst at the nonprofit, nonpartisan RAND Corporation and a former U.S. Defense Attaché in Moscow.

Bilyana Lilly is an assistant policy researcher at RAND, a Ph.D. candidate at the Pardee RAND Graduate School and the author of Russian Foreign Policy Toward Missile Defense: Actors, Motivations, and Influence.

This commentary originally appeared on The National Interest on September 12, 2017. Commentary gives RAND researchers a platform to convey insights based on their professional expertise and often on their peer-reviewed research and analysis.