Round-Trip Tickets: How Will Authorities Know When Foreign Fighters Have Returned? 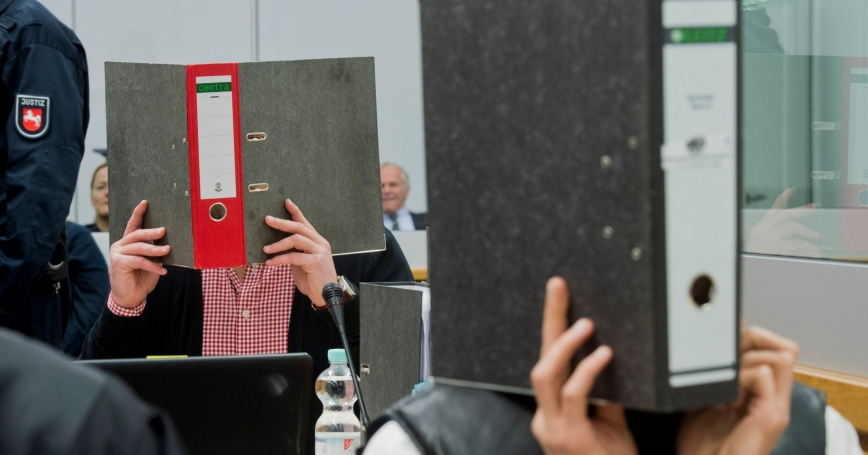 Suspected former Islamic State fighters Ayoub B. (right) and Ebrahim Hadj B. (left), hide their faces in a courtroom in Calle, Germany, November 30, 2015

Now that the Islamic State's caliphate is collapsing in Iraq and Syria, Europe is bracing for an influx of foreign fighters attempting to return home to their respective countries of origin. Many of the Islamic State's European cadres have a criminal past, and tracking and arresting them in the criminal underworld will be vital for preventing potential attacks and longer-term counterterrorism success.

To date, European government officials have not identified one clear or common route back to Europe for returning foreign fighters. But inevitably, foreign fighters will return to their home countries—remaining in Iraq or Syria is becoming more untenable with each passing month. To be sure, some returnees will be met at the airport by police or security officials where they might be arrested or subjected to questioning. Others may return unnoticed (PDF), but either report themselves to authorities or be reported by family members or acquaintances. By far, the most troubling returnees are those who return surreptitiously with the intention of conducting attacks in their home countries or elsewhere in Europe.

Since the foreign-fighter phenomenon began in 2014, significant research has been dedicated to determining how Westerners intent on jihad earned money to travel to Iraq and Syria. Yet there is a complete dearth of analysis attempting to discern how returning foreign fighters might finance their trips home and how they would seek to earn money once they successfully returned. This has become an even more pressing issue in the past six months as the Islamic State's territory has been recaptured and its fighters killed, arrested, or forced to flee.…

Colin P. Clarke is a political scientist at RAND and an associate fellow at the International Centre for Counter-Terrorism (ICCT)-The Hague.

This commentary originally appeared on Lawfare on September 24, 2017. Commentary gives RAND researchers a platform to convey insights based on their professional expertise and often on their peer-reviewed research and analysis.