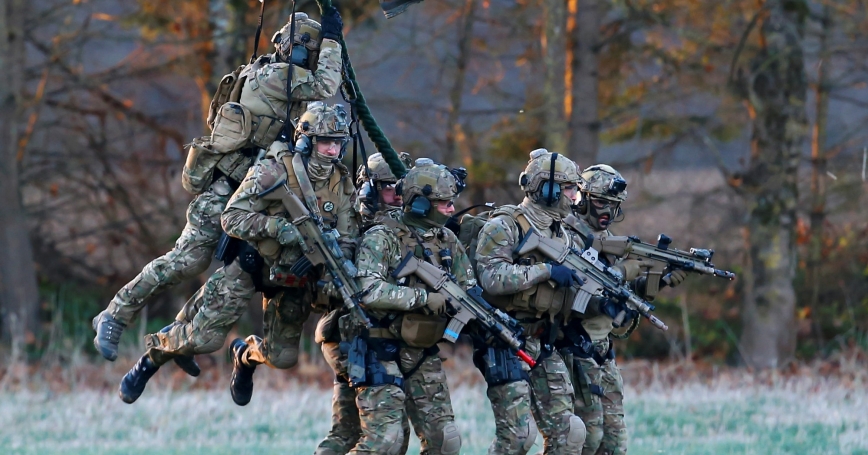 by Susanne Sondergaard and Marta Kepe

There have been a number of recent military missions in a European Common Security and Defence Policy context (CSDP) characterised as LFOs. However, these have fallen under a variety of different definitions, with examples including: involving “a limited number of personnel deployed with no host nation support”; seeking “to leave small infrastructure footprint”; or being “relatively short” in duration.

The lack of clarity about what constitutes an LFO has been further reflected in the medical support considerations in preparation for such operations. Many of the existing medical support capability formations are designed to support larger military deployments in both permissive and hostile operating environments. However, there is no definition of the medical capabilities required for LFOs.

RAND Europe studied this issue as part of the European Defence Agency's (EDA) work in achieving more efficient medical support for LFOs. The medical planning challenge for LFOs is that, while the population at risk is smaller than larger military operations, the hazards and risks are broader and less specific.

EDA-participating member states deploy varied medical support practices during LFOs that can result in each medical treatment facility working to its own national clinical standard based on the country's own medical care approach, priorities and armed force's requirements. The potential implications are that medical personnel have different responsibilities, different definitions of particular medical roles and different medical treatment protocols.

As part of our study, we conducted a survey among military medical policy personnel in Europe. Half of the respondents to the survey indicated that the differences in training and experiences among the medical personnel are an issue for the conduct of CSDP missions. While different cultures and expectations exist within Europe regarding medical support, the development of common standards is seen by the EDA participating member states as a welcome initiative in addressing this problem.

Perhaps most importantly, common standards would ensure high-quality and consistent medical support regardless of which country is providing it. Medical planners are more likely to have a clearer understanding of the medical support requirements specifically for LFOs and be able to adjust their support accordingly. This can lead to operational commanders and member states having greater confidence that the medical care and treatment provided on missions and operations are equal to or exceed what is delivered in their individual nation.

However, any new standard would need to be recognised or accepted within the national legal frameworks of the different member states. It would also need to be developed in line with existing EU policies and doctrines. Moreover, standardisation may encounter resistance from medical personnel, as it could be perceived as a means of control over their national practices and professions.

Regardless, it appears that developing clear and consistent standards could provide multiple benefits for the provision of medical support to LFOs. Enshrining these standards and a clear definition of LFOs and the associated medical support into EU doctrines would be an important next step in providing a level of clarity to LFOs, what they constitute and the medical support needed.