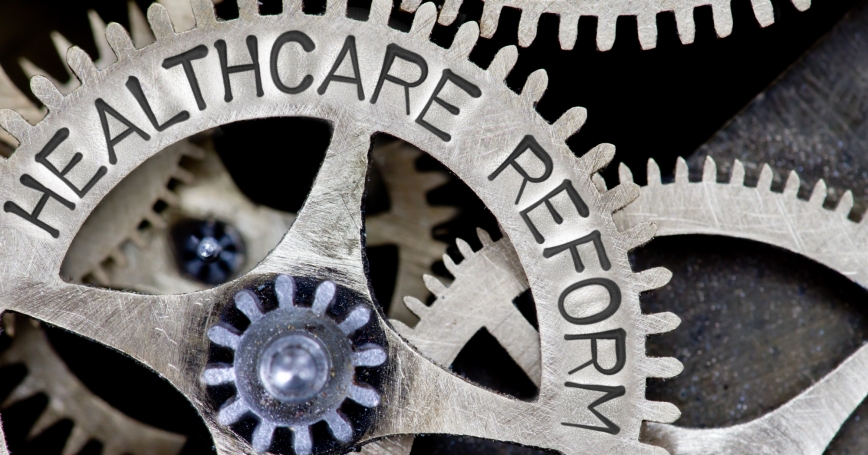 As part of RAND's ongoing “Beyond the Headlines” series, senior economist Christine Eibner discussed modifications to the Affordable Care Act (ACA) and the long-term outlook for health care reform in the United States on September 28 at the research organization's Pittsburgh office. Multiple proposals have been introduced in the House and the Senate to repeal and replace the ACA and lawmakers haven't always waited for the Congressional Budget Office to analyze the costs and effects of these complicated measures, said Eibner, the Paul O'Neill Alcoa Chair in Policy Analysis.

Understanding sweeping legislative policy proposals that may include eliminating mandates, block grants to states, changes to Medicaid and other variables is exactly the sort of research project RAND excels at, and Eibner has been working with a microsimulation model developed to analyze systems with multiple moving parts. Where RAND can really add value is looking at the sensitivity of complex health insurance policy proposals to alternative assumptions, she said, and modeling how different scenarios affect coverage and costs.

The individual health insurance market is inherently unstable, because

Before the Affordable Care Act, individual-market insurers dealt with this instability by screening out sick people or charging them more. The ACA requires insurers to offer coverage to all applicants at the same price for healthy and sick. Healthy people are pulled into the market—by tax credits to help make coverage more affordable (carrot) and the individual mandate (stick)—to ensure balance and stability. But premiums have, nevertheless, increased each year since the law took effect.

Another way the ACA attempted to reduce expenses for participants was to require insurers to provide subsidies to help low-income participants with cost-sharing like copays and deductibles; the insurers would then be reimbursed for their share by Congress. However, those payments from Congress have been in dispute and the administration recently announced it will stop reimbursing insurers. Without federal reimbursement, insurers may resort to raising premiums to recoup their share of subsidies to low-income plan participants.

Federal health insurance policies that attempt to stabilize the individual market can be tricky because this market is so small; many Americans have health insurance through their employers. Encouraging competition, which might bring increased stability, in such a small and wobbly market is challenging.

So far, Republicans have not succeeded in passing an ACA repeal and replace proposal into law and there are other reform proposals in the pipeline. The Alexander-Murray bipartisan effort to repair flaws in the ACA is still under construction. Senator Bernie Sanders has proposed a single-payer “Medicare for All” plan, but with Republican majorities in both the House and the Senate the bill is unlikely to pass this Congress.

The paradox of being the only major industrialized country without universal health insurance is that, while the concept is quite popular, the devil lies firmly in the details. For example, Senator Sanders has not detailed how to pay for the cost of his “Medicare For All” proposal. Americans want change but also fear it.

Eibner fielded questions after her presentation about historical RAND research on the American health-insurance patchwork and pointed out that Americans want a lot more from health insurance than they want from other kinds of insurance; your automobile insurance policy, for example, doesn't cover routine “care” like oil changes and tire rotations. Former RAND Chairman, Alcoa Chairman and CEO, and Secretary of the Treasury Paul O'Neill, who was in the audience for the presentation, spoke in response to audience questions about the health care debate from a business perspective, calling for “real leaders” willing to address the dangerous inefficiency of medical practice itself in America, aside from its expense.

With the failure of the most recent Graham-Cassidy ACA repeal bill amid partisan and intra-party strife, the pace of health care legislative proposals may slow slightly. But it is clear that the complicated issues of how to stabilize the health insurance market, what role government should play, or how the ACA could be improved on or superseded by a different and better system would be well-served if policy proposals are informed and illuminated by robust research in the months and years ahead.