Can Ambulance Data Help Police Forces Do More with Less? 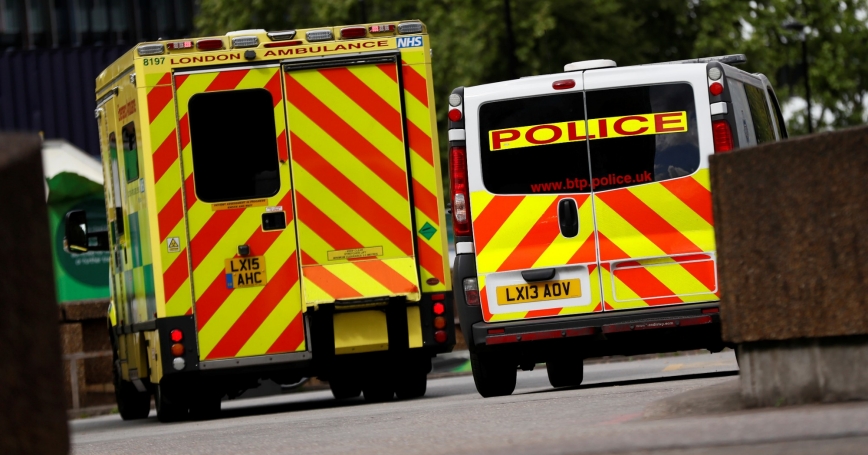 An ambulance waits next to a police car, outside the emergency department, at St Thomas' Hospital in central London, Britain May 12, 2017

by Alex Sutherland and Lucy Strang

England and Wales have seen a 19 per cent increase in reports of violent crime in the past year, according to recent data from the UK Office for National Statistics (ONS). This represents the largest annual rise in crime in over a decade. While changes to police recording practices may be contributing to this rise, the ONS has stated that an actual increase in violent crime is also a factor in these figures.

Alongside this reported increase in violent crime, police forces in England and Wales are facing significant cuts to services, including reductions in the number of frontline officers. As a result, many are searching for solutions that essentially allow forces to do more with less.

One such solution could lie in ambulance data. Ambulance services in the UK collect data on violent incidents that they attend. This is one source for independently monitoring violence in communities, and sharing it with police could help police forces plan violence reduction initiatives. Of course this data would have to be anonymised, and protections put in place to make sure the privacy of those who call ambulances is not compromised when data is shared with police. But with such safeguards it could make a real difference.

Our study with West Midlands Police shows that the ambulance service recorded significant new information on violent incidents, with between 66 and 90 per cent of ambulance incidents not found in police data. This suggests that police forces in England and Wales may not be aware of a substantial proportion of violent incidents taking place in their areas, and that ambulance data could contribute to a more complete picture of the location and characteristics of violent crime. Although unrecorded crime is a well-documented issue, our study offers empirical evidence on the potential size of this “dark crime iceberg”. With this knowledge, police forces may then be able to target resources more effectively to where and when violence is more likely to occur.

However, the use of ambulance data by the police has received little attention from researchers, and so establishing its effectiveness through existing evidence is difficult. As such, ambulance data remains an unproven form of intelligence. That being said, there are two key reasons why police forces should take more interest in using ambulance data: its ease of implementation and relatively high volume.

Ambulance dispatch data is collected automatically by ambulance services and includes location data for each call made. Therefore, if data sharing can be agreed upon, it does not require substantial additional work by the ambulance service. Furthermore, if ambulance data can be proven to be effective in reducing crime, which is what needs to happen next, then it is easily scalable.

There is good reason to believe that using ambulance data could significantly help police forces in England and Wales in the fight against violent crime. It would be relatively easy to implement and may help target resources more effectively, fulfilling the need to do more with less. There are also clear gaps in police data that could be filled through ambulance data. Many now see it as the low hanging fruit that can help police forces understand the scale of the violent crime problem in England, Wales, and elsewhere.

Alex Sutherland is a research leader and Lucy Strang is an analyst at RAND Europe. Both were involved in the study looking at the use of ambulance data by West Midlands Police.

This commentary originally appeared on The Daily Telegraph on October 20, 2017. Commentary gives RAND researchers a platform to convey insights based on their professional expertise and often on their peer-reviewed research and analysis.