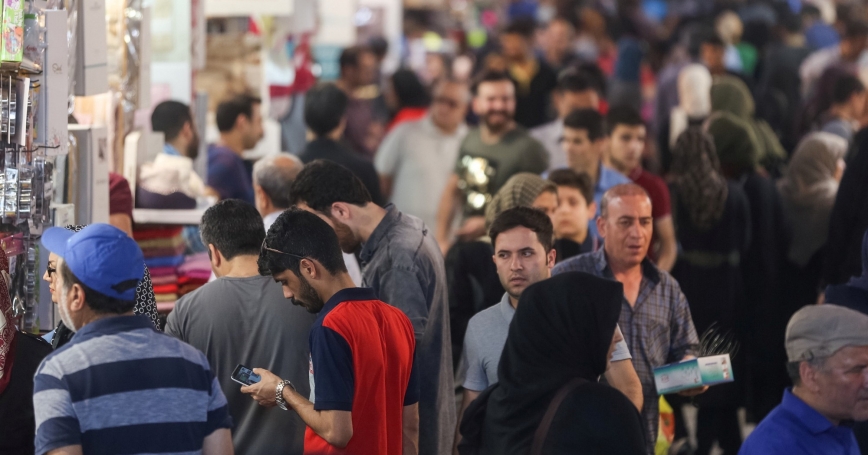 People walk at the Grand Bazaar, a day after the presidential election, in central Tehran, Iran, May 20, 2017

Photo by TIMA via Reuters

The Trump administration has announced a set of seemingly aggressive policies against Iran, including decertifying the nuclear agreement known as the Joint Comprehensive Plan of Action (JCPOA). The thrust of the “new” U.S. policy on Iran appears to be the imposition of additional sanctions against organizations such as the Islamic Revolutionary Guards Corps (IRGC). Critics of the JCPOA claim that new sanctions will not only “fix” the JCPOA, but also help roll back Iran's increasing influence in the Middle East. Both assumptions are wrong.

The JCPOA has been effective in constraining Iran's nuclear program, a fact confirmed by the International Atomic Energy Agency and the other parties to the JCPOA, namely the United Kingdom, France, Germany, Russia, and China. The Trump administration's actions not only risk undermining an effective agreement, but are unlikely to change Iran's regional policies or weaken the Iranian regime at home. Iran's economy is likely to be damaged by any new U.S. sanctions, with foreign investment having already slowed in response to Trump's rhetoric. The biggest losers will not be the Iranian regime but the Iranian people, whose striving the U.S. has long hoped would bring about a less antagonistic Iran.

The IRGC is responsible for Iran's impressive expansion across the Middle East. Iran is a primary power-broker in Iraq, Syria, and Lebanon; Tehran also wields substantial influence in Afghanistan and even in relatively far off countries such as Yemen. The IRGC is also a major economic player in Iran. So it may seem to make sense that sanctions against the IRGC would help curtail its power in the Middle East. Yet the opposite is true.

Money is not the IRGC's only motivation in shaping Iran's regional policies. Rather, a combination of revolutionary zeal, fear of external enemies, Iranian nationalism, and regional instability have also fueled the IRGC's successes in the region. Yes, it does take substantial funding for Iran to expand its power. Tehran not only funds Hezbollah and the Assad regime in Syria, but a myriad of pro-Iranian groups in Iraq, Afghanistan, and Palestine. But Iran was able to expand its regional power even under the severest of sanctions imposed prior to JCPOA. The rise of the Islamic State and state collapse in places such as Syria have allowed Iran to exploit fear and instability to expand its power. The region's Shi'a populations, while not always ideologically aligned with Iran, have little choice but to turn to Tehran for protection in the face of extremist Sunnis. Iran does not need billions of dollars to be powerful given the IRGC's ability to mobilize historically disaffected Shi'a to their cause.

New U.S. sanctions are also likely to undermine President Hassan Rouhani's attempts to liberalize the economy. Opponents of the JCPOA often claim that “moderates” such as Rouhani are indistinguishable in terms of goals and ideology from the IRGC. No one in Iran's political establishment can be considered pro-American; yet to ignore or deny political realities in Iran does a disservice to American interests. Rouhani's government was able to negotiate the JCPOA in spite of Supreme Leader Ayatollah Ali Khamenei's deep suspicions. The Iranian president hoped that the sanctions relief promised by the JCPOA would help liberalize Iran's economy and attract substantial foreign investment, decreasing Iran's dependence on energy exports and potentially weakening the IRGC's grip in key economic sectors.

U.S. sanctions against the IRGC will ultimately punish all Iranians, including those who want better ties with Washington.

To be sure, economic liberalization may enrich Rouhani's faction and regime insiders largely opposed to American influence in the region; but millions of middle class Iranians who envision better U.S.-Iran relations will also benefit from privatization, foreign investment, and the attendant new job opportunities. U.S. sanctions against the IRGC, which could slow the process of liberalization, will ultimately punish all Iranians, including those who want better ties with Washington. Khamenei's claims that America can never be trusted will appear increasingly as fact rather than mere political rhetoric. The Trump administration's efforts to decertify Iran and undermine the JCPOA without justification will reinforce the Iranian public's suspicions of U.S. intentions. This also would quiet any segment of the Iranian public that might object to Iran's nuclear pursuits at high cost to the economy.

The IRGC will not stop its expansionism in the Middle East because of sanctions. And sanctions will not weaken the Iranian regime at home. Sanctions may have worked in building American leverage before the JCPOA. But, political conditions in Iran and America's standing both in the Middle East and across the globe have changed considerably in the last few years. The U.S. is losing its credibility among the Iranian public and U.S. allies who helped negotiate the JCPOA. And Iran is more powerful in the Middle East than before, especially as international powers such as Russia, regional states such as Iraq, and even Turkey turn to Iran as the region's decisive actor. The biggest losers will be the Iranian people, caught between punitive U.S. policies and a illiberal regime.

This commentary originally appeared on Bourse and Bazaar on October 30, 2017. Commentary gives RAND researchers a platform to convey insights based on their professional expertise and often on their peer-reviewed research and analysis.