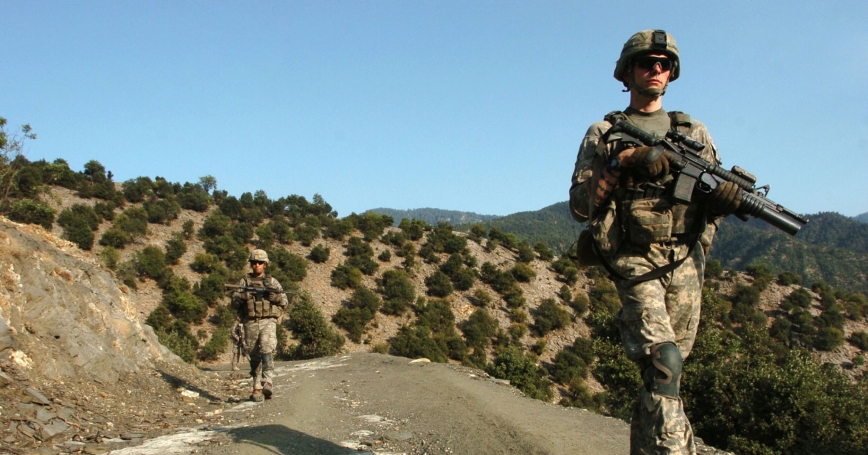 As defense debates heat up this season, Washington will confront yet again the basic dilemma of U.S. national security strategy: the strategic insolvency of America's position. Too few resources are chasing too many ongoing operations, forward presence commitments, and potential conflicts. U.S. military leaders have been unanimous in warning that they do not have enough troops, equipment, or funding to execute the national defense strategy. The dominant question remains: How can the United States close this meta-gap, from which all other defense policy gaps—such as the Army's badly-needed capabilities for major war—then flow?

Most of the noise in this debate will be around how to use defense investments to close that gap—what weapons systems to buy, how many forces to add, and other questions of where to put U.S. defense dollars. But it's time to consider the radical notion that the best answer to strategic insolvency isn't budgetary. It's not even military. It is geopolitical and diplomatic. The fundamental response to imbalances between ends and means should be to shape trends in world politics to U.S. advantage rather than to try to out-muscle every potential opponent. The United States could do this in a number of ways—including, but not limited to, a renewed effort to preserve and strengthen the post-war international order.…

Michael J. Mazarr is a senior political scientist at the nonprofit, nonpartisan RAND Corporation, and director of the RAND Project on Building a Sustainable International Order.

This commentary originally appeared on War on the Rocks on October 30, 2017. Commentary gives RAND researchers a platform to convey insights based on their professional expertise and often on their peer-reviewed research and analysis.