New Options for Funding the NHS and Social Care in the UK: What Can We Learn from International Experiences? 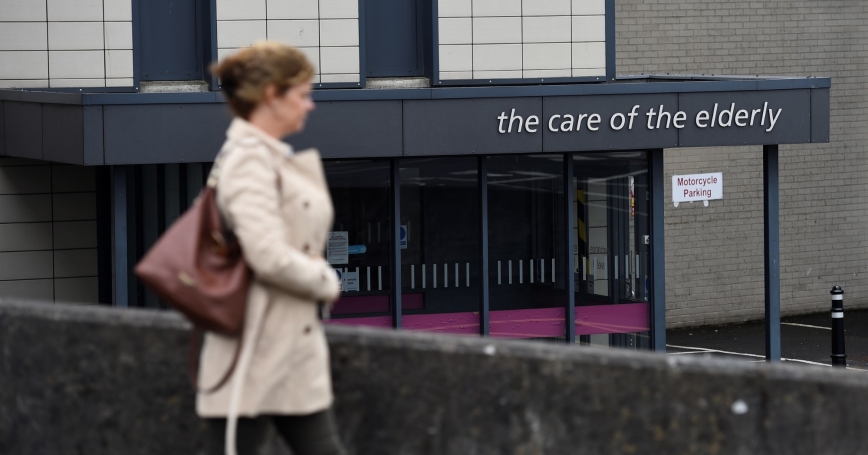 A woman walks past the elderly care department of Ulster Hospital in Belfast, Northern Ireland, June 27, 2017

by Jennie Corbett and Jon Sussex

Public and political buy-in on long-term funding arrangements (how the money is raised to pay for care services) needs to be established. Understanding how the public will react to different funding models is as essential for policymakers as identifying the strengths and weaknesses of those models.

The Health Foundation has commissioned research led by RAND Europe to contribute to this evidence base by testing the acceptability among the public of future funding options for health and social care. The first stage of this research examined international experiences across countries that face challenges comparable to those in the UK.

In the 15 countries included, there wasn't a single clear solution to achieving sustainable revenues for health or social care. Arrangements and proposals for funding vary widely between countries and care types. But one thing they have in common is that debates on how to fund health and social care are almost always politically and emotionally charged.

While health care funding typically relies heavily on the public purse (as in the UK) or mandatory insurance (as in Germany), social care everywhere depends to a much greater extent on private expenditure. In the countries reviewed, user charges appear to be more significant in social care than health care and some countries are considering increases. In the UK and beyond, debate around the basis for entitlements to publicly funded social care has also been prominent in recent years. Some countries that originally operated means-tested systems—notably Germany, France, Japan and South Korea—have adopted mandatory ('social') insurance funding arrangements for social care.

Whatever the preferred way of obtaining funds for health and social care, it is ultimately the economy that provides the means to pay. Therefore, we find that health and social care financing reforms tend to be driven more by economic factors, and especially by perceived threats to national prosperity, than by rising demand.

So, what determines whether reforms are possible in the UK or anywhere else? There is considerable interest in reforming funding systems to make them more sustainable, predictable and, in some cases, to increase revenues. Incremental change is much more common than fundamental reform. Yet even in the case of more profound changes, continuity with the existing system, societal values and political and economic context are vital in deciding which options are on the table and which go forward.

For example, a strongly supported national principle of social solidarity might counterbalance pressure to cut public expenditure. Political commitment also shapes what funding arrangements may be considered, and aversion to risk among policymakers may hold back potentially beneficial but ambitious reforms.

International experiences demonstrate the complexity of policy choices around funding health and social care. These often appear to be driven by economic or political circumstance rather than population need, and with notably different understanding of what is 'acceptable' for each type of care. While there's no 'silver bullet' funding solution, our research findings raise and inform questions around what models might be most feasible and appropriate to fund the UK's health and social care systems, both among policymakers and the public.

This commentary originally appeared on The Health Foundation on October 4, 2017. Commentary gives RAND researchers a platform to convey insights based on their professional expertise and often on their peer-reviewed research and analysis.