On North Korea, Past Foreign Policy Fiascoes Show U.S. What Not to Do 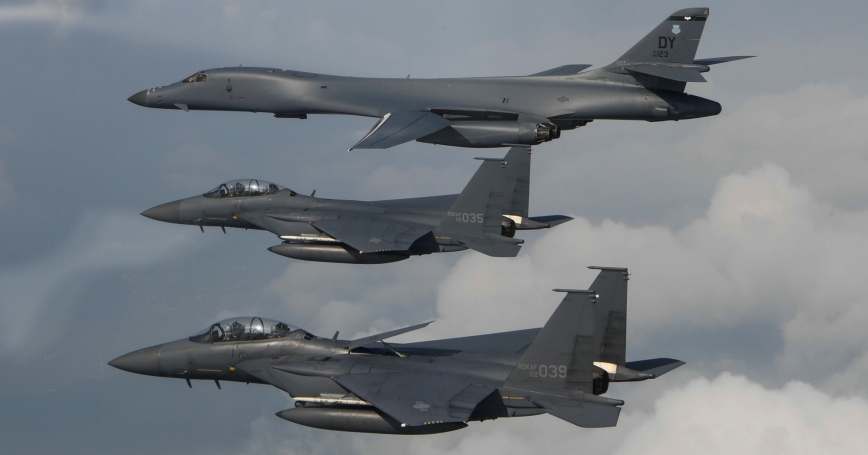 A U.S. Air Force B-1B Lancer is joined by Republic of Korea air force F-15s, during a 10-hour mission from Andersen Air Force Base, Guam, into Japanese airspace and over the Korean Peninsula, July 30, 2017

The powerful recent PBS documentary on the Vietnam War offers a timely lesson about the sources of foreign policy disasters. They often follow a common, tragic script, built around two fundamental mistakes: untested assumptions about the need to act, and wishful thinking about magical schemes to act without consequences. And what's so disturbing today is that the U.S. seems to be following the same script in the unfolding Korea crisis.

Modern foreign policy fiascos — whether the war in Vietnam or the U.S. invasion of Iraq or even the Soviet occupation of Afghanistan — often begin with a sense of false urgency. In Vietnam, it was the domino theory (the theory that a communist takeover in one nation would lead to the collapse of other pro-Western governments nearby) and the obsession with defending every inch of global ground in the Cold War contest for supremacy....

Michael Mazarr is a senior political scientist at the nonprofit, nonpartisan RAND Corporation.

This commentary originally appeared on CNN on October 5, 2017. Commentary gives RAND researchers a platform to convey insights based on their professional expertise and often on their peer-reviewed research and analysis.