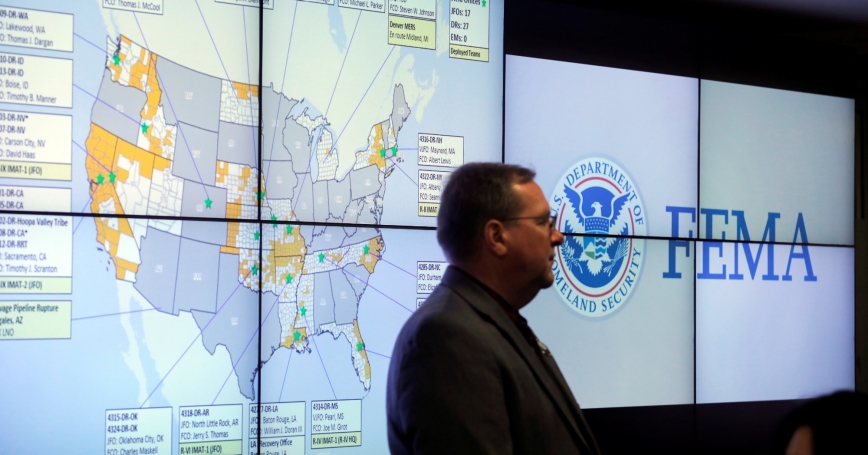 This commentary is part of a series on the reauthorization of the Department of Homeland Security. Other topics include: the case for reauthorization, improving operational control of the department; and aligning of requirements, research, development.

As Congress considers reauthorizing the Department of Homeland Security, principles guiding any major realignments could include assessing whether the organization would be performing operational or staff management functions. Additionally, those principles could examine whether mission effectiveness would be improved through those major realignments and whether implemented changes would introduce new points of friction or inefficiency.

The first major realignment under consideration is to replace the National Protection and Programs Directorate at the Department of Homeland Security with a new Cybersecurity and Infrastructure Security Agency, which would become the department’s eighth operational component. Backers of this plan to change the directorate from a staff element to an operational organization often point to the growing importance of the department’s cyber and critical infrastructure missions.

A second proposed major realignment has focused on removing (PDF) the Federal Emergency Management Agency (FEMA) from the Department of Homeland Security. Some have asserted that FEMA could be more effective as a stand-alone cabinet-level department. Others have argued that the melding of FEMA into the department provides synergy and resources that support FEMA’s overall mission.

Finally, the department has been debating about standing up a counter weapons-of-mass-destruction organization since 2010. The focus has been on the roles and relationships among the Domestic Nuclear Detection Office, the Office of Health Affairs and the Science and Technology Directorate. Congress has called for a DHS study of the issue, but to date no research has been completed.

Each of these potential realignments could benefit from a pointed discussion that answers a few simple questions.…

This commentary originally appeared on The National Interest on October 29, 2017. Commentary gives RAND researchers a platform to convey insights based on their professional expertise and often on their peer-reviewed research and analysis.