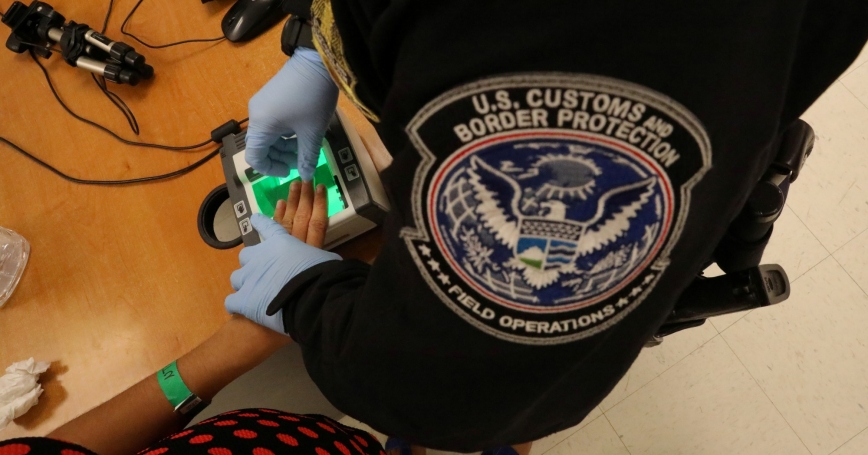 A woman seeking asylum is fingerprinted by a U.S. Customs and Border patrol officer in McAllen, Texas, U.S., May 10, 2017

This commentary is part of a series on the reauthorization of the Department of Homeland Security. Other topics include: the case for reauthorization; aligning of requirements, research, development, and contemplating major DHS organizational realignments.

With legislation to reauthorize the Department of Homeland Security currently being debated on Capitol Hill, the role of the department in directing homeland security operations should be an area of focus.

The Homeland Security Act of 2002 created (PDF) a department with exceptionally weak central authorities over the various operations, such as those of the Transportation Security Administration, Customs and Border Protection, Immigration and Customs Enforcement and the Federal Emergency Management Administration (FEMA), to name a few. In short, it was by design that the power in the Department of Homeland Security largely resided within these operational components. Yet, the secretary and the department are directly accountable to the American people, the president and Congress for the success and failure of the homeland-security mission.

Successive secretaries have recognized this issue and attempted to rebalance the roles and authorities of DHS and its components. Each has attempted to establish greater control over operational employment of the department's assets and resources.

However, secretaries have also not had the capacity—based on lack of directive authority and a small, under resourced headquarters staff—to manage operational issues. This has made directing the department's assets toward a focused operational outcome challenging. The end result was a department that functioned like a holding company rather than a single agency.…

This commentary originally appeared on The National Interest on October 20, 2017. Commentary gives RAND researchers a platform to convey insights based on their professional expertise and often on their peer-reviewed research and analysis.