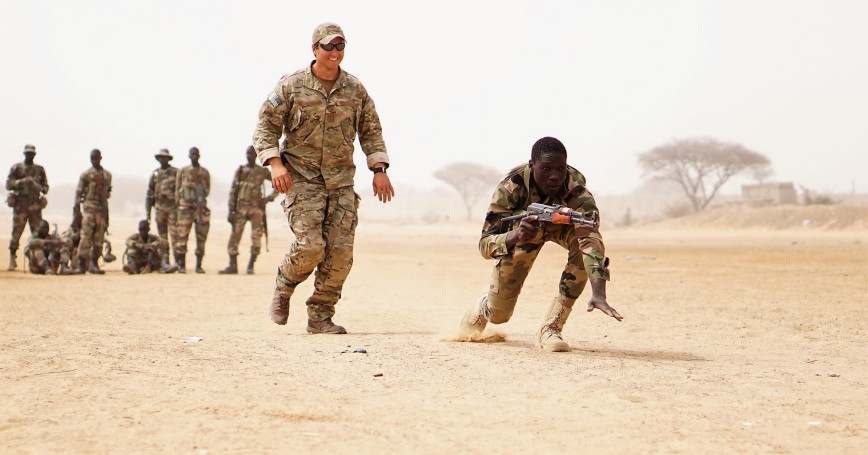 The unfortunately politicized debate prompted by the death two weeks ago of four U.S. soldiers in Niger has revealed a great deal of ignorance about what, precisely, the U.S. is doing in Niger and why. The truth is that while its policy is debatable, the U.S. is right to be involved in Niger and support it in its fight against violent Islamist extremists.

Niger is a fragile democracy that, aside from uranium deposits, is rich in little other than culture. It is the poorest of the poor: Niger ranks 187 (PDF) on the United Nations' 2016 Human Development Index out of a total of 188 countries — only the Central African Republic gets a worse rating.

Yet, it has found itself at the epicenter of the local and regional war on terror, with overlapping local and regional violent groups based within Niger and coming into the country from nearly every side. Some of these groups are affiliated with al-Qaida, some with the Islamic State.

Regardless of which flag the terror groups fly, they threaten to tear Niger apart, or at the very least stymie the country's efforts to develop economically and politically and otherwise improve the life of its citizens. More to the point, it cannot hope to defend itself let alone make progress without outside help.

The wolves at Niger's heels, it is true, pose only a negligible direct threat to the U.S. It would be naïve, however, to believe that the region's slide into anarchy and the unchecked progress of violent Islamist groups do not matter to the larger world or to the U.S.

Some of the terrorists in the region set their sights well beyond local borders and are keen on the larger, global jihad. In addition, the violence and instability they generate locally threaten the entire region and beyond.

They spur migration out of the region to the detriment of other parts of Africa as well as to Europe, which many of the migrants attempt to reach. However welcoming one might be toward African migrants, the progress of the far-right in recent German elections underscores how destabilizing the issue can be.

Unlike French forces, U.S. forces in the region are there to train and not to fight.

Helping Niger (and also France) is precisely why U.S. troops are there. To be clear, unlike French forces, U.S. forces in the region are there to train and not to fight. They work with Niger's security services, which are remarkably capable given their lack of just about everything, which means that whatever help the U.S. gives them goes a long way.

The U.S. government, moreover, provides security assistance as part of a larger aid package intended to help the country's economic development and improve its governance.

U.S. policy in the region since President Trump took office has been more or less a continuation of policies that date to the George W. Bush's administration, which is when U.S. troops began the present training effort, with some tweaks by Obama.

The results of Bush's and Obama's policies are disputable, and there is good reason to think that Trump's policies are no more likely to succeed. Meanwhile, the security situation in Niger since the beginning of the Bush-era programs to the present day has continued to decline.

Maybe the right thing to do is carry on, but if America owes the fallen soldiers anything, it is an open debate about the next best steps, about how best to help Niger in line with what the U.S. can do there and U.S. national interests.

This commentary originally appeared on The Hill on October 25, 2017. Commentary gives RAND researchers a platform to convey insights based on their professional expertise and often on their peer-reviewed research and analysis.