All for One and One for All: Toward a Coordinated EU Approach on Returnees 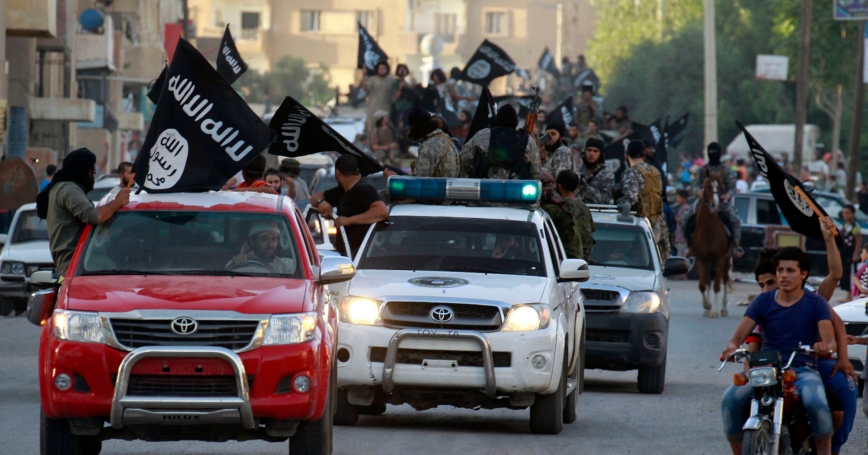 Militant Islamist fighters waving flags, travel in vehicles as they take part in a military parade along the streets of Syria's northern Raqqa province, June 30, 2014

As European authorities watched thousands of aspiring jihadists leave their countries to fight in Iraq and Syria in 2012 and 2013, few laws were in place to prevent them from “taking a holiday in Istanbul,” a well-known euphemism for jihadists seeking to travel to Syria. As law enforcement and intelligence agencies prepare for the return of some of those who left, European officials may be wondering whether they have the policies, authorities and capabilities to effectively deal with any threats returnees may present.

To successfully combat the threat posed by returning foreign fighters who intend to do harm, European Union officials may need to aggressively root out potential terrorists before they are able to organize and conduct attacks on European soil. This will require continued coordination between national intelligence agencies and police forces in disrupting crime linked to terror.

Of the more than 5,000 European citizens who traveled to Iraq and Syria over the past several years, approximately 1,700 have returned to their countries of origin. Half of the fighters who hail from Denmark, Sweden and the United Kingdom have returned home. To be sure, the increase in terror-related prosecutions is linked to the phenomenon of foreign fighter returnees, although it remains unclear just what percentage of these cases the returnees comprise. Germany has experienced a nearly fourfold increase in terrorism-related prosecutions in 2017 alone, with approximately 800 cases related to radical Islamists.

There is one potential silver lining—there are far fewer returnees than expected. And the vast majority should pose little or no threat, since many are likely disenchanted with life under the caliphate and will seek to quietly reintegrate back into European society. Others, however, may attempt to sneak back into the country surreptitiously, with the goal of committing acts of terror.

Since the attacks in Paris in November 2015 and Brussels in March 2016, European nations have gone to great lengths to improve border security and increase the surveillance of potential suspects. With assistance from the United States, many intelligence and law enforcement agencies throughout the EU have made substantial progress in identifying and countering the terrorist threat.

But even with critical improvements in capabilities, the challenge remains vexing. These advances have not eliminated the scale of the threat, and many of the issues that have plagued interoperability of European intelligence services remain, including distrust between certain nations and a hesitance to share how specific information is gathered.

Foreign fighters may seek to regroup in Turkey, which they can use as a staging ground and logistical hub to infiltrate Europe. The old refugee route into Europe remains intact and EU borders have been described as “less fluid” yet “still penetrable.” British officials have publicly voiced concerns that returning fighters may seek to strike the UK. As terrorism expert Lorenzo Vidino recently noted, lawmakers throughout Europe are “struggling to keep up with a constantly shifting threat environment.”

European authorities lament that their already finite resources have been stretched thin by the sheer volume of potential suspects that need to be identified and tracked. The security forces will need more manpower simply to monitor and surveil. From the work it has done in Iraq and Syria, the U.S.-led coalition has scrutinized captured computers, documents and cellphones to put together a global profile of ISIS members and sympathizers, a list with approximately 19,000 names on it that has been shared with Interpol. European intelligence services, along with Interpol, have worked to create more comprehensive databases with information gleaned on suspected foreign fighters and potential returnees.

Even though European authorities have improved their ability to track potential returnees, and the number is expected to be small, it seems inevitable that at least a fraction of the criminal jihadists will attempt to return and cause trouble. What can authorities do to mitigate the threat?

The obvious answer is to focus resources where the threat is most palpable. Many of those who left Europe to fight in Iraq and Syria had criminal backgrounds, and it seems likely that those who attempt to slip back home under the radar will return to criminality to survive. As a recent report (PDF) by The Soufan Center pointed out, there are numerous “similarities between the drivers that lead people towards violent extremist groups and the drivers that lead them towards more traditional criminal gangs.” As Rajan Basra and Peter Neumann of the International Centre for the Study of Radicalisation and Political Violence highlighted in their research on jihadists with criminal backgrounds, “the central point is not just that they are criminals, but that their criminality is relevant to their extremism.”

To detect and apprehend returning jihadists who re-engage with the criminal underworld, European authorities will likely need to make a more concerted effort to connect individuals and units specializing in this area from the top to the bottom levels within their countries as well as across the continent, which is no easy task. The typical obstacles present will need to be overcome, including language and cultural issues, budget limitations, the stove-piping of information and previously mentioned issues of trust. What appears to be a mere criminal incident in Switzerland could very well turn out to be a terrorist-related issue in Holland. Local police in one country need to be able to pass information seamlessly to national-level officials in another country. This is the only way to effectively map the protean network used by criminal jihadists.

To date, 40,000 foreign fighters have been identified in Iraq and Syria, but an unknown number of jihadists remain unaccounted for. As European governments begin grappling with the fear of the unknown, law enforcement officials and intelligence agents should consider being proactive in hunting for returnees. One method worthy of consideration would be to rely more on undercover officers or informants who can operate in well-known illicit markets—including the black market trade in antiquities. For the past several years, Islamic State fighters looted valuable antiquities throughout Iraq and Syria, which they could use to earn money once back in Europe.

The European Union has long suffered from the lack of an integrated common security and defense architecture. The return of dangerous foreign fighters to European soil should be motivation enough for an overarching review of each country’s vulnerabilities.

Ultimately, any assessment or evaluation of existing capabilities should be coupled with an increased effort to improve training and coordination between local, state and federal police forces, and policymakers of national governments across the continent.

This commentary originally appeared on Georgetown Journal of International Affairs on November 25, 2017. Commentary gives RAND researchers a platform to convey insights based on their professional expertise and often on their peer-reviewed research and analysis.