Discipline Disparities and Discrimination in Schools 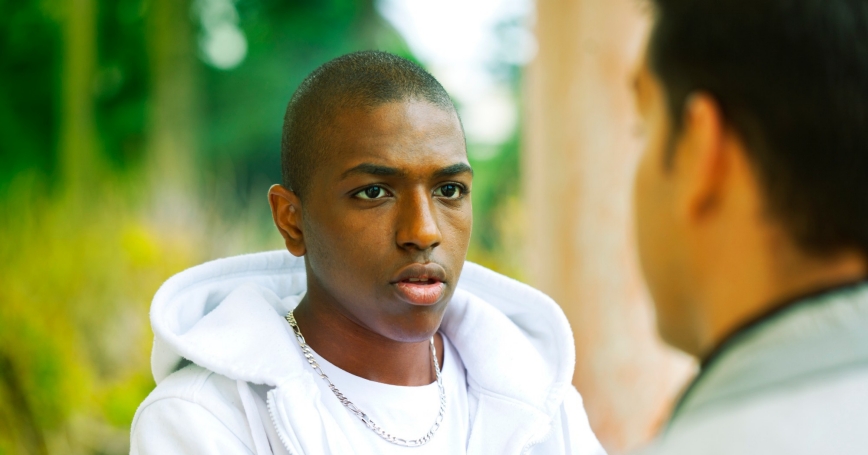 In the United States, black and poor students are suspended at much higher rates than their white and non-poor peers. This point is essentially undisputed, due in large part to data that the U.S. Department of Education's Office for Civil Rights has compiled and made public through the Civil Rights Data Collection (CRDC).

While the existence of these disparities is not controversial, how to interpret the disparities is bitterly disputed. Just last week, for example, National Review ran an op-ed on discipline disparities with the subtitle, “Are America's teachers a bunch of racists? Democrats seem to think so.”

At the heart of this dispute is whether racial discipline disparities reflect discriminatory discipline practices by educators. On one hand, discriminatory school discipline practices—punishing different groups differently for similar behaviors—certainly could contribute to the disparities we see. Researchers have found evidence of both implicit and intentional forms of bias in many parts of American life, and that bias surely could extend to schools. On the other hand, students of different backgrounds might behave differently in school, in which case discipline disparities could arise even if schools administer punishments consistently across groups. Some other form of discrimination or injustice, inside or outside of schools, could be to blame.

In reality, the question of whether discipline disparities reflect large-scale discriminatory school practices is extremely difficult to answer. Researchers typically cannot observe the actual behaviors of large numbers of students. Moreover, researchers often have little, if any, data on student infractions and punishments—data that we are fortunate to have from Louisiana as the basis of our recent work.

A Study of Discipline Disparities in Louisiana

Today, we released a study (PDF) (and accompanying policy brief (PDF)) on discipline disparities by race and family income in Louisiana. It draws on rich, student-level data from the Louisiana Department of Education for the 2000–01 through 2013–14 school years.

The study explores topics related to today's policy discussions about discipline disparities. These topics are too numerous and complex to explain in detail here (but are described in detail in the paper). The list below highlights a few findings, before we delve into the part of the study that specifically examines discrimination:

Black students are about twice as likely as white students to be suspended.

The most novel part of the study looks directly for evidence of discriminatory discipline practices in schools. This is difficult. To date, the most compelling large-scale, quantitative evidence of discrimination in student discipline comes from comparisons of how black and white students are punished for the same types of infractions. For example, when black students fight, do they receive longer suspensions than white students who fight? While the logic of these comparisons is sensible, we worry that they cannot rule out confounding factors related to discipline and student backgrounds. Are fights between black students more severe, on average, than fights between white students, making longer suspensions warranted? That is hard, if not impossible, for researchers to know.

Our data enable us to explore a very particular context in which disparities seem likely to reflect discriminatory school practices, with alternate explanations seeming unlikely. We compare the punishments that result from a fight between a black student and a white student in the same school. To address the possibility that schools might punish students differently for reasons other than race (and the possibility that one group might tend to instigate or escalate these fights), we control for a number of student characteristics. These include prior discipline history, test scores, special education status, and free or reduced-price lunch eligibility. The resulting analyses, we believe, represent the most credible exploration of discriminatory discipline practices possible using our data.

Our analysis is not a comprehensive look at all possible forms of discrimination in schools. Rather, we looked for evidence of disparities in the corner of our data where we would least expect to find them if not for discriminatory discipline practices. Notably, these differences arise from situations in which administrators likely know they are punishing black and white students differently—and know those differences are visible to students, parents, and staff. It seems possible, if not likely, that punishment disparities are larger in less visible circumstances.

Questions about discipline disparities are being actively debated in Washington, including whether we should be paying much attention at all. On Friday, education officials in the Trump administration assembled a group upset with what they believe was Obama-era overreach to address how students are punished.

Clearly, this issue is complex, and individuals on all sides of discipline debates have made statements that reach beyond the supporting research evidence. However, there is also clear reason to track, monitor, research, and attend to these disparities. Whatever mix of in-school and out-of-school problems cause discipline disparities, they are problems. Solving these problems will require that we diagnose and address them appropriately.

Nathan Barrett is associate director and senior research fellow at the Education Research Alliance for New Orleans, Tulane University. Andrew McEachin is a policy researcher at the RAND Corporation. Jonathan Mills is a senior research associate at the University of Arkansas, Department of Education Reform. Jon Valant is a fellow in the Brown Center on Education Policy at the Brookings Institution.

This commentary originally appeared on Brookings Institution's Brown Center Chalkboard on November 20, 2017. Commentary gives RAND researchers a platform to convey insights based on their professional expertise and often on their peer-reviewed research and analysis.