Environmental Impact Bonds May Not Bear Fruit for Green Investors 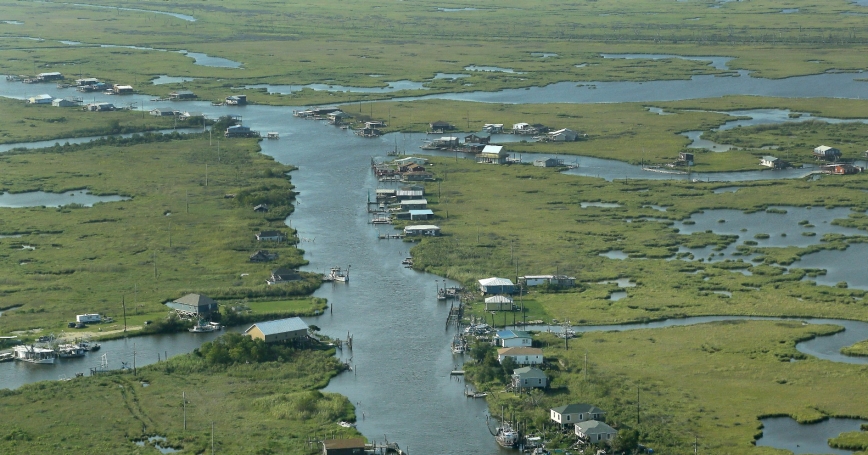 Communities are seen surrounded by water and wetlands in Plaquemines Parish, Louisiana, August 25, 2015

In July 2017, the Environmental Defense Fund, together with The Nature Conservancy and the Coastal Protection and Restoration Authority of Louisiana, announced plans to develop a second environmental impact bond to finance coastal restoration. These two cases are receiving considerable attention among both the environmental community and the finance community.

Although it would seem that environmental impact bonds are a leap forward in environmental infrastructure finance, the incentives of the bond issuer and the investor need to be considered. They also need to be compared to other instruments, such as green bonds, in order to make an informed decision about their future use.

There are two main reasons that environmental impact bonds—which pay investors bonuses when projects are successful—have been touted as a potentially significant advance in environmental infrastructure finance.

First, there has been a movement within the investing community toward social impact investing. That is, investors are demanding more and more that they not only want to make a return on investment, but also to make the world a better place. Environmental impact bonds, as well as green bonds, meet this demand.

Second, many of the green infrastructure solutions to climate change and natural disasters are untested. As such, project implementers would like to transform the project outcome risk to financial risk. That is, if the project is a success, investors receive a bonus since the implementer received more benefits than they thought they were going to.

Similarly, if the project fails to meet expectations, the project implementer receives a reduction in the debt obligations—in other words, the investor receives a reduced return. This is the pay-for-success approach that distinguishes environmental impact bonds from green bonds, which are simply bonds issued by businesses and municipalities for environmentally friendly projects.

Some believe environmental impact bonds could be the next big thing for ethical investment. Investors get another option to meet their needs for social responsibility, and project implementers can spread risk within an adaptive management framework whereby implementers experiment in the early phases of a large-scale project in order to learn what works best.

But there are two important pieces that are often not considered with environmental impact bonds. Compared to a green bond, there is considerably more monitoring and evaluation needed to meet the demands of contracts used to finance these projects. That is, more money needs to be set aside by the implementer to verify the results than would be the case with a green bond.

Thus, less project work is actually done if a project is financed through an environmental impact bond, as opposed to a green bond. From a social responsibility investment perspective, green bonds could be preferable since the scale of the project, with the same money, would be greater.

Given the widespread increase in green bond issuance over the past few years, it seems likely that they will continue to be the dominant instrument for environmental infrastructure finance. Investors may be willing to accept a lower return on investment for socially responsible investments, but environmental impact bonds may not turn out to be the best instrument to leverage these investment possibilities.

Moving forward with non-traditional instruments, we need to consider the transaction costs and the incentives of both the debt issuer and potential investors, in order to develop instruments that are viable in a market setting.

Aaron Strong is an economist at the nonprofit, nonpartisan RAND Corporation, and Ben Preston is a senior policy researcher at RAND and director of RAND's Infrastructure Resilience and Environmental Policy Program. The analysis described above was funded by the Pardee RAND Graduate School's John and Carol Cazier Initiative for Energy and Environmental Sustainability.

This commentary originally appeared on Zilient on November 22, 2017. Commentary gives RAND researchers a platform to convey insights based on their professional expertise and often on their peer-reviewed research and analysis.