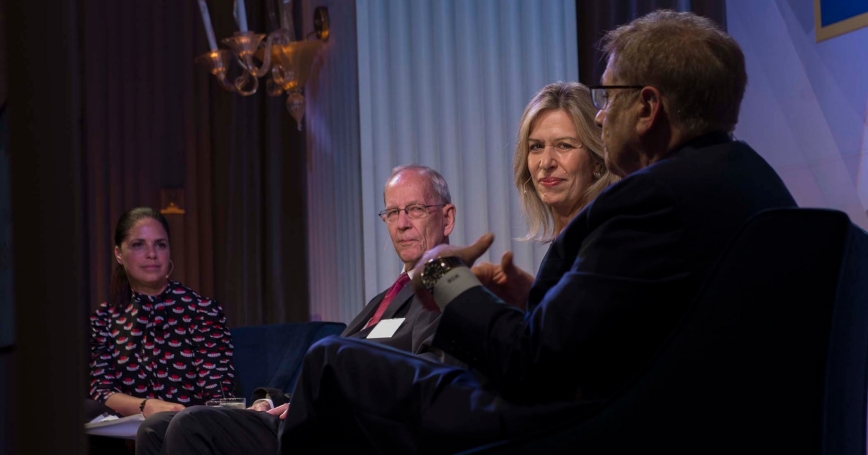 What does it take to get—and to give—effective and trusted advice for making decisions at the highest levels, including decisions that have national security implications? Engagement, objectivity, professional confidence, and analytic courage, said retired Air Force General Larry D. Welch. He shared these four principles, and defined analytic courage—whether the people you are relying on for advice are willing to tell you things you won't like—at an event in Santa Monica on Thursday, November 9.

The event, One Night with RAND, brought together leaders in business, government, academia, and philanthropy to pay tribute to the seven-decade relationship between the U.S. Air Force and the RAND Corporation. Welch, 12th Chief of Staff, U.S. Air Force; Elizabeth Sherwood-Randall, Deputy Secretary, U.S. Department of Energy (2014–2017); and Michael D. Rich, President and CEO, RAND Corporation, participated in a discussion on the role of trust in leadership, moderated by journalist Soledad O'Brien.

“Whether you are on the receiving end of analysis or you're on the delivering part of analysis … how do you philosophically think about that analysis and what creates the spirit of trust?” O'Brien asked.

Courage, according to Sherwood-Randall. She described a moment where she had to let President Obama know she had a different view on an issue than advisors to the president who were more senior to her. She called it “terrifying,” but her view was accepted and that was a watershed moment after which the president more closely sought her counsel on a number of policy issues.

Through leadership, a safe environment to surface uncomfortable truths can be created, Sherwood-Randall said. “We need to create a culture where people have the courage to step forward.”

The expectations and conditions for trust and transparency were established from the very beginning of the U.S. Air Force-RAND relationship.

Michael Rich discussed how the RAND Corporation builds and maintains trusted relationships with clients, the public, and other stakeholders, including Congress. It requires transparency, he said, and starts by listening closely to gain a full appreciation of a client's problem and its context, protecting sensitive information, delivering practical recommendations, and broadly sharing the research results with the public.

The expectations and conditions for trust and transparency were established from the very beginning of the U.S. Air Force-RAND relationship. Project RAND (which became the RAND Corporation) was founded after World War II with the help of General Henry H. Arnold, commander of the U.S. Army Air Forces, to connect military planning with research and development. It was envisioned as a long-term, strategic relationship with tolerance for risk, failure, and disagreement. The relationship set a standard for rigor at RAND that endures today, Rich said. 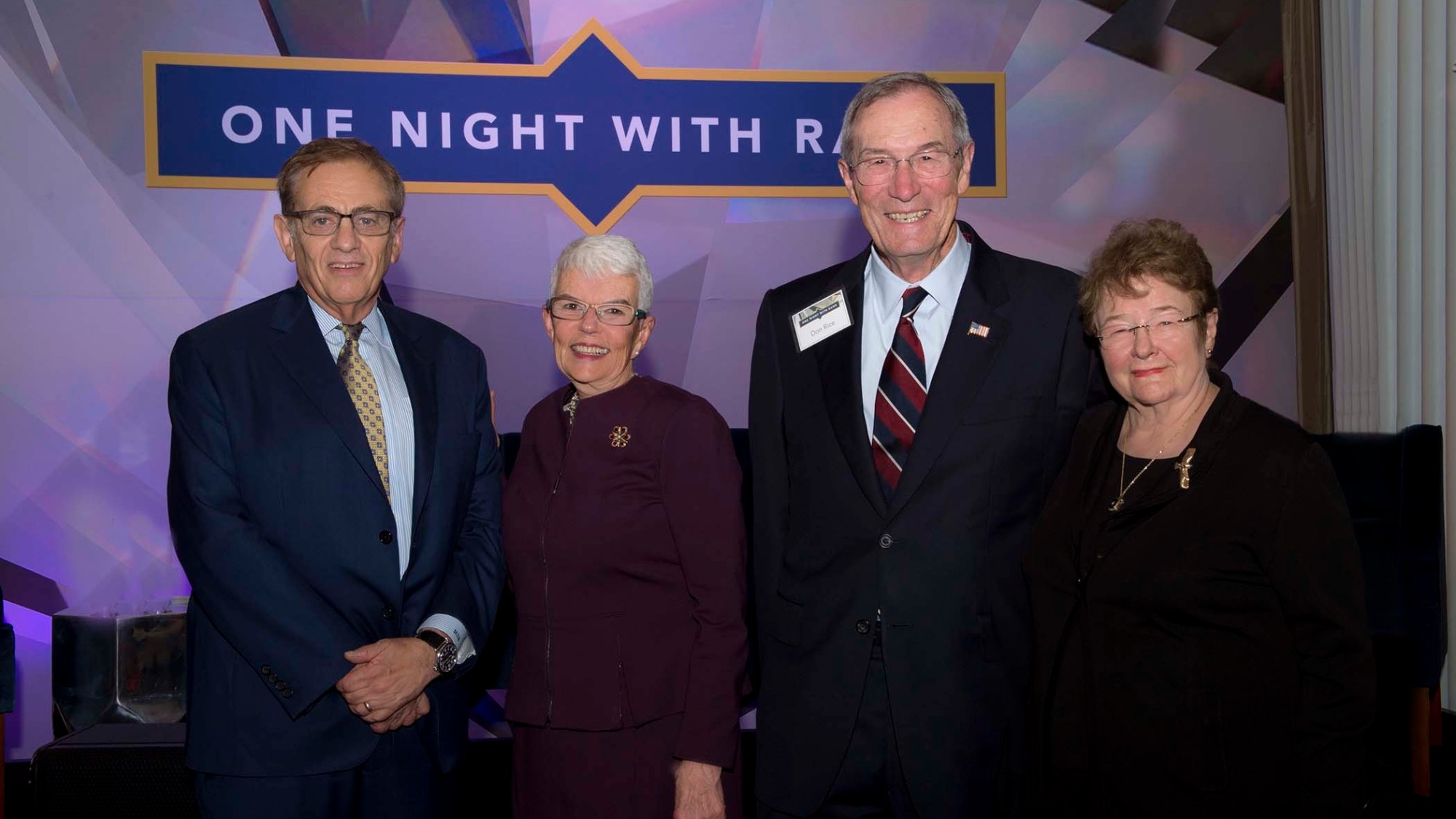 Michael Rich with honorees Susan and Donald Rice and Natalie Crawford at the One Night with RAND event in Santa Monica, California, November 9, 2017

O'Brien asked the panelists if there are any worrying trends related to truth, leadership, and trust. Rich spoke about “truth decay,” a trend to which he has been calling attention for more than a decade. He described it as declining agreement about facts and analytical findings; the blurring of the line between fact and opinion; the explosion in the volume of opinions and their influence relative to facts; and a multi-generational decline in public trust in institutions that were once widely trusted authorities.

Welch said “one of the most dangerous things” is the trend among many people to seek out only information that confirms what they already believe. He said this leads to wishful thinking and a set of decisions that are unrealistic, and it detracts from understanding the place people live and their relationship with the rest of the world.

How do you correct it? “You simply have to provide the truth as you know it whenever you can,” Welch said.