Sustaining America's Economic Strength in the Asia-Pacific: A Narrowing Window of Opportunity 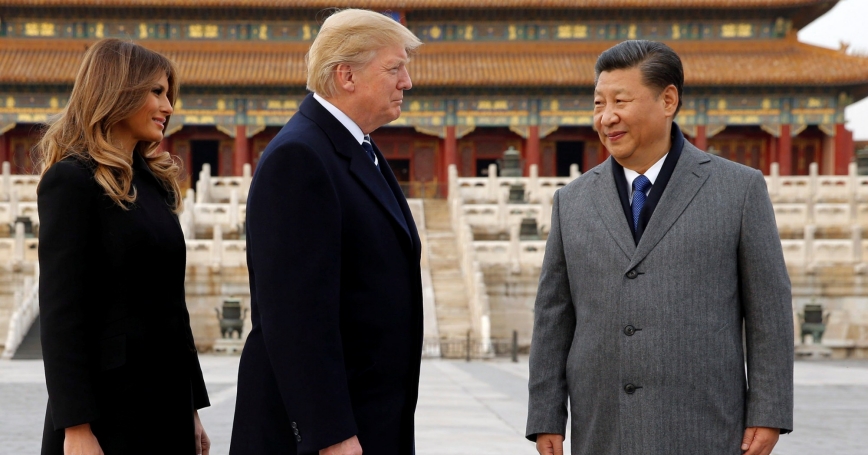 This commentary takes the form of a memo to President Donald Trump ahead of his November 2017 trip to Asia. It is part of the Atlantic Council Memos to the President series.

Much of this century's history will be written in the Asia-Pacific: the Asian-Pacific Economic Cooperation (APEC) organization's member countries already account for roughly half of world trade and 60 percent of gross world product—that share is likely to keep rising. Unfortunately, the United States has been unable to dedicate sustained focus to the region. Despite making significant investments in U.S.-India ties, the George W. Bush administration largely found itself preoccupied with wars in Afghanistan and Iraq. And while the Obama administration invested significant energy in an Asian “rebalance,” the civil war in Syria and Russia's annexation of Crimea forced it to focus more on the Middle East and Eastern Europe than it otherwise would have.

The Asia-Pacific's evolution, meanwhile, has gained significant momentum since the 1997–98 currency crisis. Beyond strengthening its status as an export powerhouse, the region is emerging as a dynamic consumption engine and economic hub, driving 60 percent of global growth today. While talk of a “decoupling” remains premature, the Asia-Pacific is gradually unwinding its dependence on the United States, relying more on regional activity to sustain its momentum.

China's resurgence has played a major role in the region's transformation: Now the world's largest exporter and trading country, it is also on track to have the largest economy. With projects such as the Asian Infrastructure Investment Bank (AIIB) and the Belt and Road Initiative (BRI), it is cultivating an identity outside of the Bretton Woods institutions, which do not provide China with the influence that reflects its weight in the world economy. As its economic heft grows, so, too, will China's ability to sway its neighbors to defer to, if not agree with, its strategic preferences.

But the Asia-Pacific's evolution is more than a China-led phenomenon. Consider that, despite the U.S. withdrawal from negotiations over the Trans-Pacific Partnership (TPP), several TPP countries are interested in pressing forward with the agreement. In July, meanwhile, Japan and the European Union agreed in principle to a free-trade agreement (FTA) that would account for roughly 40 percent of world trade and 30 percent of gross world product.

Mr. President, you should use the APEC summit, the Association of Southeast Asian Nations (ASEAN) summit, the East Asia summit, and your one-on-one meetings with Asian leaders to reassure U.S. allies that the United States has both the capacity and the willingness to maintain an enduring presence in the Asia-Pacific. That reassurance must be grounded in credible geo-economic pledges. The U.S. government does not have an economic strategy for the region, and it sorely needs one.

While the United States has tremendous potential to strengthen its economic competitiveness in the Asia-Pacific, it cannot expect the region to abide its periodic disengagement indefinitely. Our regional allies desire U.S. participation, but they have warned that the Asia-Pacific has evolved, and will continue to evolve, without it. The less committed the United States is to the region, moreover, the more likely it is that China will play the decisive role in shaping trade and investment “rules of the road”—rules that aim not only to strengthen the gravitational pull it exerts within the Asia-Pacific, but also to define a vast, Sino-centric Eurasian industrial zone that anchors the world economy. Your Asia trip is one of a shrinking set of opportunities the United States has to demonstrate that it intends to remain as the linchpin of the world's economy.