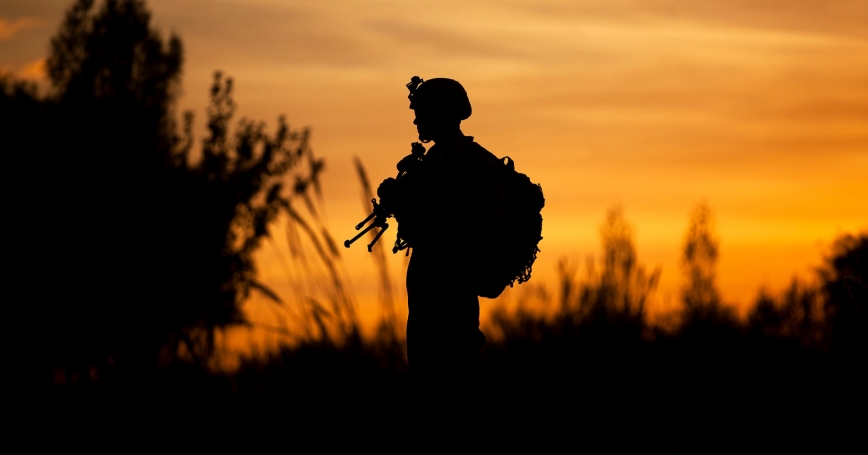 As the U.S. Military looks towards shifting or expanding operating environments and continues to reform operating doctrine, new developments in technology continue to support growth. Thus, it is prudent to evaluate the state of the art and anticipated future capabilities continually and to map advantageous technology onto the latest needs and challenges.

Of course, there is no need to reiterate the headlines of technical journals. Furthermore, the 3rd offset, the Department of Defense’s latest focus on novel developments, already represents a concerted effort to re-evaluate what topics should be targeted to fuel U.S.’s traditional technological advantage over potential enemies. However, there may be additional capabilities not yet captured by these headlines, nuggets that promise to provide significant advantage. In particular, the warfighter’s capacity for creative problem-solving and the potential to network this capability is not being cultivated as effectively as possible.

Connectivity is a pervasive theme in the advancement of technology and military capabilities. This applies to various systems as well as individuals and relates to both the military and civilian sectors. Often, the efficient transfer of data and information can be far more valuable than kinetics. Furthermore, control of data and information is a lynchpin of national security. Over the past decade connectivity between individuals has expanded with the advent and dissemination of items like the smartphone and multiplayer video games. Today, topics like distributed virtual training, the Internet-of-things, and smart manufacturing push forward connectivity between systems. While there is certainly precedent for increasing connectivity, what is missing is the systematic leveraging of this trend for creative, collective decision-making. Having a group of individuals in one location come to a consensus is a well-recognized challenge, so it is prudent to consider how current and potential technological advances can help facilitate this process with co-located individuals. It is an ideal time to ask, could a new paradigm for group decision-making help capitalize on individual creativity, which is often a classically American competitive advantage?

Some of the most valuable and difficult-to-duplicate U.S. intellectual property (IP) is implicit in its history and culture. This IP manifests itself in the warfighter as individuality, creativity, and innovation. Different is good. The “nail that sticks up” is often revered. And, in the face of growing concerns over IP theft, any advantage that is inherent in a culture is relatively easy to guard and easy to capitalize on. Yet, with the substantial focus on science, technology, engineering, and mathematics (STEM), cultivation of fundamental creative problem-solving skills can be neglected. Thus, although STEM-related skills and programs should by no means be diminished, consideration should be given to a comparable focus on creativity for the warfighter.

To be sure, military doctrine like the German Auftragstaktik and then Air-Land Battle (PDF) do incorporate autonomous operation and decentralized execution. Nonetheless, there could be benefits to a renewed emphasis on training (from grade school students to senior military leaders) methods and tools that foster creative problem solving. In addition, systems for aggregating creative input to feed decisions could help. Is there an opportunity to leverage inherent individual creativity in the context of collective real-time decision-making? How can a group of warfighters operate as a cohesive unit while immediately incorporating information and ideas from various connected individuals?

The true value of creative decision-making and problem-solving comes with integrated performance. Two minds are better than one; a dozen minds better still. In accordance with the growing focus on swarm technology and crowd-sourced capabilities, communication between warfighters must be immediate. With the proper use of advancing technology, military operations can leverage collective, decentralized intelligence to perform complex tasks while remaining unpredictable and more efficient. A group of warfighters can operate as an unpredictable swarm.

An unsuspecting model for this kind of real-time, adaptable, and unpredictable communication and group decision-making is found with texting habits. Among the new generation of facile texters, plans are often tentative until almost immediately prior to execution. In addition, although advanced planning is becoming less critical for younger generations, these groups are adaptable; change is no longer a challenge. This mode of operation can run counter to a history and culture of advanced planning. Nonetheless, this approach points towards an adaptable and formidable swarm mentality, where a squad or even a battalion operates as a collective. Of course, there are both pros and cons to a swarm mentality. However, with the advancement of communications and wireless technology, humans now have at their disposal the ability to balance their inherent individual intelligence with the benefits of swarm intelligence.

In the parlance of game theory, cooperative game theory is the only approach that guarantees a Pareto optimal solution (where no one can be made better off without making someone worse off), and this is only achieved with an immediate exchange of data and preferences. Theoretically, iterative exchange cannot ensure a truly optimal outcome. Thus, integration and connectivity are critical for supporting distributed and creative decision-making.

The most powerful and unique technology driver may be the mind of the American warfighter. Whereas the 3rd offset emphasizes man-machine interaction, perhaps the greatest and most difficult-to-duplicate value is the creativity of the warfighter him/her self. The combination of America’s diverse history, environment, values, and thus how Americans approach problems is effective and unique. Furthermore, it is almost impossible to replicate, let alone steal. Thus, in a continued search for competitive advantage, the United States may be asking the wrong question. Rather than asking what new material is needed, perhaps the question should be, how to most effectively cultivate what is inherent in Americans.

Tim Marler is a research engineer at the nonprofit, nonpartisan RAND Corporation and a professor at the Pardee RAND Graduate School.

This commentary originally appeared on RealClearDefense on December 19, 2017. Commentary gives RAND researchers a platform to convey insights based on their professional expertise and often on their peer-reviewed research and analysis.