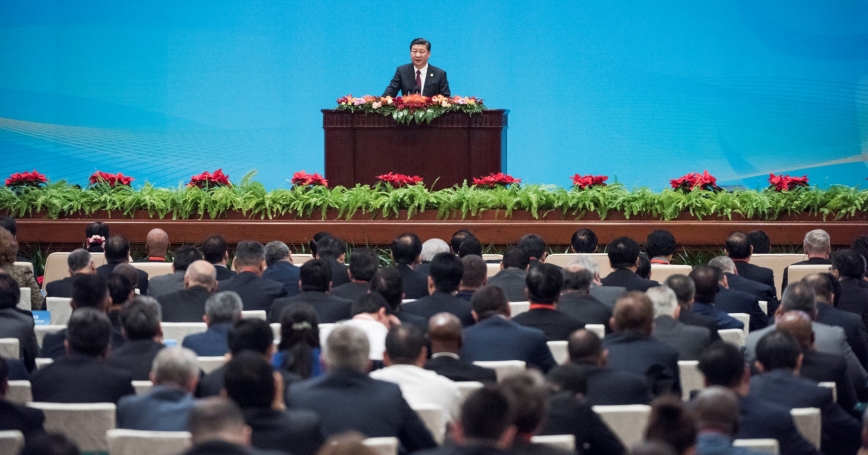 Dueling high-level strategy documents in both the United States and China portend an intensifying competition for leadership and influence at the global systemic level. The coming years are likely to see a deepening contest in the diplomatic, economic, cyber, and information domains, even as the risks of major war remain low. Although the U.S. strategy has garnered considerable scrutiny, less attention has been paid to the directives outlined in key official Chinese strategy documents.

The National Security Strategy (PDF) recently released by the Trump administration surprised many in its stark depiction of China as a “revisionist power” that seeks to “displace the United States in the Indo-Pacific region.” The strategy's striking tone has drawn widespread commentary, but in many ways it reflects a grim, but realistic recognition of the realities of a deepening rivalry. Indeed, a closer look at authoritative Chinese documents suggests that preparations are well underway in that country to compete with the United States at the global level.

In the 19th Chinese Communist Party (CCP) Congress report, China's most authoritative strategy document, Beijing articulated for the first time an ambition to contend for global leadership. It stated that by mid-century, China seeks to have “become a global leader in terms of composite national strength and international influence.” Given that China already has the second-largest economy and one of the largest militaries in the world, this phrasing strongly suggests that, over the long term, China is mulling competition with the United States for the status of global leader…

Timothy R. Heath is a senior international and defense researcher at the nonprofit, nonpartisan RAND Corporation.

This commentary originally appeared on Lawfare on January 5, 2018. Commentary gives RAND researchers a platform to convey insights based on their professional expertise and often on their peer-reviewed research and analysis.