Disneyland's Next Rival? The Theme Park in Your Living Room 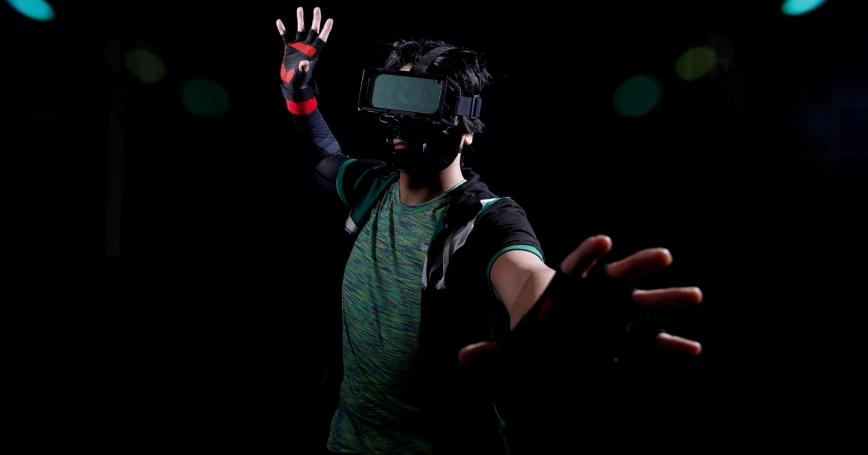 In 2018, the hype around virtual reality as the future of entertainment will begin to ebb. The reason? Its technology is still years away from delivering products that meet the experiential expectations of most users.

But entertainment won't be standing still in 2018. We will see the arrival of micro amusement parks — where technology-based rides deliver the excitement offered by the likes of Disney World, but in a fraction of the physical space. Micro parks offer experiences in smaller, more intimate spaces — think gaming with your friends. Unlike big amusement parks, rides can be constantly updated.

One such park will be opened in 2018 by the Los Angeles-based startup Two Bit Circus. This will be a 4,600-square-metre space offering technology-based gameplay and activities that can be continually refreshed. Some even require physical exertion. At an early demonstration of what will be on offer, I rode in a digital horse race — which I narrowly lost — against five other guests. As I hopped off the adult-size rocking horse that had translated my motion to the horse on the screen in front of us, I had to get a well-deserved drink from the robot bartender on my way to one of the other digital escape rooms.

We won't need to go to an amusement park to play immersive games — we'll be able to do it in the street.

We won't need to go to an amusement park to play immersive games — we'll be able to do it in the street. Apple's promised iOS-native development platform for augmented reality, which can overlay digital effects on to the real world, will encourage entrepreneurs to develop the kind of products that young adults showed they wanted with the success of Pokémon GO. Apple's development platform is just the starting point towards a world where playing a video game will involve grabbing your goggles and controller and turning your physical surroundings into the setting of your game. It will become commonplace to take a shot at aliens popping up from behind your sofa, dodge flocks of pterodactyls dive-bombing Trafalgar Square or racing virtual drivers down your local motorway. Players won't need avatars because the game is built into the real world.

The reason the entertainment space is being disrupted is the democratisation of technology through cheap and capable technologies, which are available to everyone. These decreasing barriers to entry will allow entrepreneurs, gamers and makers to compete with the large multinational firms that develop and deliver entertainment today. This will meet an increasing consumer demand for spontaneous, individualised entertainment experiences that change regularly.

In 2018, the emergence of micro parks and AR will pave the way towards a new definition of amusement, one that is focused on smaller sites, easier access and a constantly changing range of options — with consumers, rather than celebrities, as the star.

William Welser IV is director of the engineering and applied sciences department at the RAND Corporation, a professor at Pardee RAND Graduate School, and codirector of RAND's Impact Lab.

This article was first published in The Wired World in 2018, © The Condé Nast Publications Ltd.