For the UK's Post-Brexit Economy, No Deal Is the Worst Deal 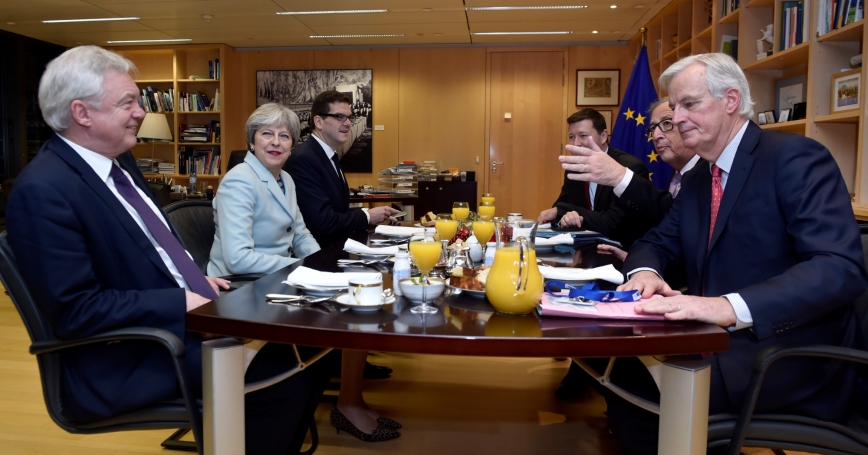 Before the 2017 UK snap general election, we repeatedly heard from Theresa May that 'no deal is better than a bad deal.' However, following the surprise election result and the Prime Minister speech in Florence in September last year, many feel that this mantra has now been quietly abandoned by the UK government. Despite appearing to be discarded, many prominent Brexiteers still hold this viewpoint.

In theory, you can see why this could be true. As a consumer or business, you would not want to commit yourself to a bad deal when you could just walk away and have the opportunity to make deals with other businesses and people in your own time.

No deal being better than a bad deal simply does not apply to Brexit.

The problem is that no deal being better than a bad deal simply does not apply to Brexit. For the UK, and to a certain extent the EU, it does not get any worse economically than a 'no deal' option after Brexit negotiations.

The UK would then rely only on WTO-bound tariff rates for its trade with the EU, and the rest of the world. The economic analysis shows that this would reduce the UK's future GDP by around five per cent, or $140 billion, ten years after Brexit, compared to the current arrangement of EU membership.

The EU would also lose out economically under this scenario, but nowhere near as much as the UK. The WTO-bound tariff rules would adversely affect the EU by only 0.7 percent of GDP 10 years after Brexit.

The no deal option also would be bad for the UK due to its economy's reliance on services, a sector which contributes to around 80 percent of its overall GDP. WTO rules provide even less advantageous treatment of services than they do for goods.

Over time, we assessed that UK service providers would be expected to lose access to EU services markets, and move away from EU standards in key sectors. As a result, this could directly impact the ability of UK businesses to sell services to EU countries, a huge market for the services sector.

Of all the different trade scenarios, the one that would have the most benefit to the UK economy is seen to be very unlikely in the current political environment on both sides of the Atlantic.

A trilateral UK-EU-US agreement…would be 7.1 percentage points better in GDP terms than the 'no deal' scenario.

We estimated that a trilateral UK-EU-US agreement, essentially a new TTIP-like arrangement, would be 7.1 percentage points better in GDP terms than the 'no deal' scenario. This is even better than continued EU membership—2.2 percent higher—because the UK would gain preferential access to both the EU and US marketplaces.

It is in the best interests of the UK economically to achieve open trading and investment relationships post-Brexit. From the UK's perspective, a strategy of co-operation with the EU and its member states to ensure the best possible deal for all parties is likely to lead to the best outcomes. The challenge for the UK is that Europe's top political objective in the negotiations is to discourage other member states from withdrawing from the EU.

Brexit negotiations around trade are likely to be complicated for the UK and EU, particularly as a common position between all the parties could be difficult to achieve. The one area with some common ground is the fact that the 'no deal' trade scenario is likely to be economically damaging to both parties. Trying to avoid the worst-case economic option of 'no deal' is likely to be at the top of the agendas for both the UK and EU as trade talks begin.

Charles Ries is the vice president, International, at the nonprofit, nonpartisan RAND Corporation. Marco Hafner is a senior economist at RAND Europe. Both were authors on the RAND Corporation 'After Brexit' study.

This commentary originally appeared on EurActiv on January 8, 2018. Commentary gives RAND researchers a platform to convey insights based on their professional expertise and often on their peer-reviewed research and analysis.