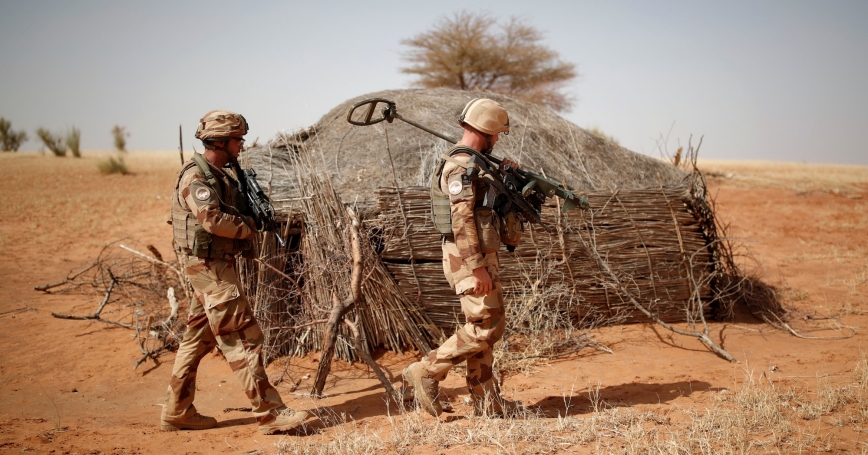 For the French, the shock of the terrorist attacks of 2015 came not just from the horror of the events but also from the realization that their nation was indeed, as then-President François Hollande told them, at war with ISIL. Of course, France had been fighting Islamist groups on several fronts for a while. It rushed a brigade to Mali in 2013 to fight al-Qaeda affiliates, prompting Le Figaro to note that for once the French government was using the “g”-word, i.e. guerre (war), rather than resorting to euphemisms. The next year, France extended its mission in Mali to the entire Sahel region (Operation Barkhane), and commenced operations in Iraq and Syria against ISIL (Operation Chammall). France had also been waging a clandestine war against al-Qaeda affiliates in the Horn of Africa for several years, and French forces fought and died alongside American troops in Afghanistan. The attacks of 2015 brought war home, not just because of the carnage on French soil, but because the government deployed, as part of Operation Sentinelle, roughly 10,000 soldiers charged with protecting “sensitive” places including airports and tourist attractions, kosher restaurants, and synagogues.

To come to terms with being at war, the French have turned not just to the usual public intellectuals and commentators, but also to a relatively rare breed in France: what might be called national security pundits. A number of these are associated with France's small but healthy ecosystem of think tanks, which benefit from government support, and whose researchers sometimes slip back and forth between their institutional homes and government service. There are two thinkers, however, who stand out both because of their public prominence but also because they marry the best of France's intellectual traditions with serious military credentials. Gen. Vincent Desportes and Col. Michel Goya draw on careers focused on the study and practice of war and share a grimmer and more Hobbesian vision than what one normally encounters in French public debates. This in and of itself makes them appealing guides to the dark world in which the French now find themselves. Desportes and Goya are also unusual in a country in which military officers are expected not to speak in public or share their views openly, a legacy of the Algiers Putsch of 1961. After some army officers attempted to overthrow President Charles de Gaulle and establish a military junta, all sides thought it best if the military said as little as possible....

This commentary originally appeared on War on the Rocks on January 5, 2018. Commentary gives RAND researchers a platform to convey insights based on their professional expertise and often on their peer-reviewed research and analysis.