Not All Russian Oligarchs Are Alike 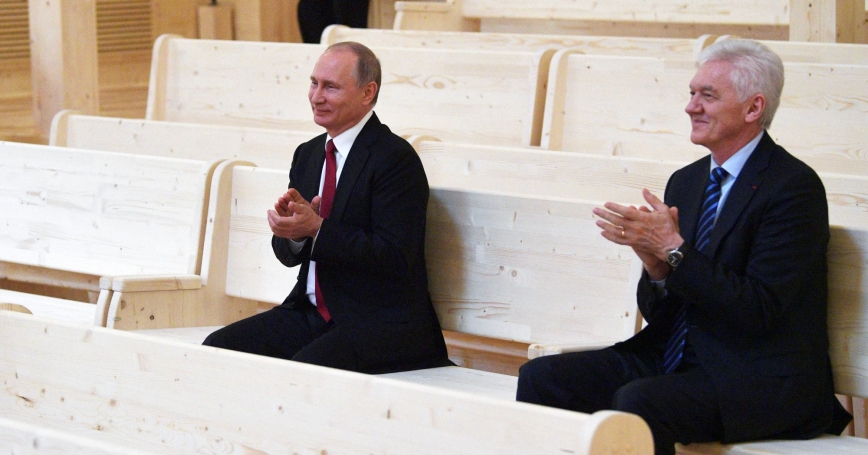 Pursuant to a sweeping U.S. sanctions law (PDF) enacted last August, this year the Secretary of the Treasury must submit a report to Congress listing the main “oligarchs” in Russia, judged by their closeness to the “regime” and net worth.

Inclusion in this “Section 241 list” does not mean an individual is sanctioned, only that he or she meets one or both criteria in the law.

One is the potential for error. Over the years, the U.S. government has not given priority to being well-informed about foreign business leaders who do not infringe U.S. law or threaten U.S. security.

A second problem is that financial markets and investors may unfairly view any Russian on the list as of doubtful integrity or, if not already sanctioned, as at some likelihood of being sanctioned in the future. A listed but unsanctioned business leader might face public opprobrium, or seem like a less attractive business partner or credit risk.

A third danger is that an unduly expansive or unselective list may weaken Russia's private sector. Kremlin repression of media and independent non-governmental organizations has left private business as one of the strongest pillars of civil society.

A list that damaged the reputation of private business would abet those who favor state-owned enterprise, much of which is run by Kremlin cronies and is prone to corruption and poor productivity.

“Oligarchs” is a misnomer. During the chaotic privatization of economic assets in the 1990s, many figures gained wealth through unfair or illicit means. Some wielded outsized political power.

In the mid-1990s, media tycoons Boris Berezovsky and Vladimir Gusinsky, and others, worried that a communist might win the 1996 presidential election and move to eviscerate private property. They organized and funded the winning reelection campaign of President Boris Yeltsin, whose popularity earlier had plunged to 8 percent.

Today, few if any private business leaders have such clout. President Vladimir Putin controls state power far more than Yeltsin did and holds most of them at bay. He also coerces them for help with pet projects, such as building hotels and athletic venues for the 2014 Sochi Winter Olympics.

All business leaders in Russia must deal with officialdom, including by paying taxes, securing licenses and obtaining rights to natural resources. The key issue is how they make their money.

Some figures in Russia have become wealthy mainly through crony Kremlin ties. In 2014, following Russia's illegal seizure and annexation of Crimea and its armed assault in eastern Ukraine, America sanctioned a number of them.

One is Putin childhood judo partner Arkady Rotenberg, whose firm has a $3.3-billion no-bid contract to build a controversial bridge from southern Russia to Crimea. Gennady Timchenko, another former Putin judo partner who became a multi-billionaire, was also sanctioned, as was Putin pal Yury Kovalchuk, the largest single shareholder of Bank Rossiya, which serves the Kremlin elite.

As in the rest of the world, however, most business leaders in Russia earn their money by using business acumen and managing their assets. Some private-sector business leaders head corporations that are among the world's largest, others run technology start-ups, export companies, eco-friendly energy producers, media companies and many other enterprises.

These and other private business activities account for a major, if still limited, share of Russia's gross domestic product, the world's sixth-largest as measured by purchasing power parity (12th by current dollars). Last year, private-sector farmers and entrepreneurs enabled Russia to surpass the European Union as the world's second-largest grain exporter.

The Section 241 report should strengthen, not weaken, prospects for private business in Russia and thereby for civil society that could be vital to Russia's future evolution as a more pluralistic and productive society.

William Courtney is executive director of the RAND Business Leaders Forum, and a former U.S. ambassador to Kazakhstan, Georgia and the U.S.-Soviet commission to implement the Threshold Test Ban Treaty.

This commentary originally appeared on The Hill on January 6, 2018. Commentary gives RAND researchers a platform to convey insights based on their professional expertise and often on their peer-reviewed research and analysis.