Nothing New from North Korea 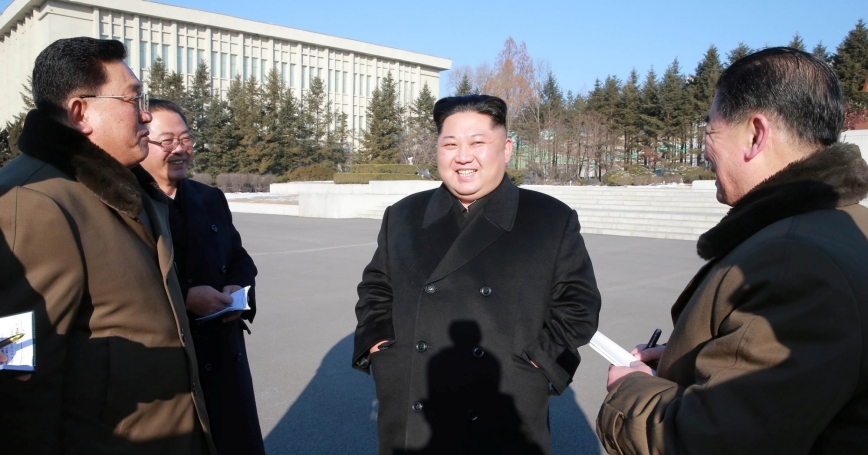 Kim Jong Un's recent proposal for talks with South Korea is by no means unprecedented. And while the overture could somewhat ease tensions in the region, there is no reason to believe that Kim is ready to give up his nuclear arsenal.

More than six decades of largely hostile standoff between the two Koreas have been punctuated by repeated thaws initiated by the younger Kim's father, Kim Jong Il (the dear leader) and earlier still by his grandfather, Kim Il Sung, (the great leader). The first of these overtures occurred in 1972 when the great leader reached out to South Korea's President Park Chung Hee. When that relationship eventually went sour, Kim Il Sung attempted, unsuccessfully, to initiate a direct dialogue with the U.S.

Throughout much of the 1990s there were intense exchanges both between North and South Korea and between Pyongyang and Washington. These culminated in 2000 with a summit meeting between the two Korean leaders, Kim Jong Il and President Kim Dae Jong, followed by a visit to Pyongyang by American Secretary of State Madeleine Albright and an invitation to President Clinton to do the same. Relations went back into the deep freeze during George W. Bush's first term but warmed briefly during his second.

North Korean dealings with Washington have focused largely on the North's nuclear weapons and missile programs. With South Korea, the main issues have been those left unresolved by the military armistice concluded in 1953 that halted the fighting but did not formally end the Korean War. These issues included reunification of the two Koreas and, in the interim, arrangements for diplomatic, trade and other ties between them.

Numerous accords have been reached on all these topics. In 1994, North Korea agreed to halt its missile tests and actually began to dismantle its nuclear facilities. Since then, North Korea proposed to negotiate a peace treaty ending the Korean War, promised to pursue reunification peacefully and agreed to limited economic, political and person-to-person exchanges with the South.

Backsliding from these many agreements was mutual. Periodic changes in leadership in Pyongyang, Seoul and Washington produced several abrupt reversals in policy. In both South Korea and the U.S. there was substantial opposition to any rapprochement with North Korea. The Clinton administration had repeated difficulties securing congressional approval to fund the fuel oil it had promised North Korea in exchange for shutting down its nuclear power reactors. Providing the light water reactors also promised to North Korea as part of that deal proved even more challenging given opposition—in South Korea, Japan and the U.S.—to the costs involved. U.S. administrations also discovered that it was a lot harder politically and even legally to take sanctions off than to put them on.

North Korean follow-through was even more deficient. Violent incidents repeatedly escalated tensions. In the end, however, the repeated efforts at rapprochement failed principally as a result of mutual mistrust, based in the Western case on suspicion that North Korea had produced and hidden bomb-grade fissile material before opening its facilities to international inspections and that it was subsequently enriching uranium at a secret undeclared facility even after beginning to dismantle all its known reactors. Over time North Korea agreed with almost every American demand regarding its nuclear program save one, the demand that it permit the sort of intrusive inspections that would uncover such past and ongoing clandestine activities. It was on this rock that the relationship ultimately foundered.

Given the exceptionally closed nature of North Korean society, one can only speculate regarding the regime's motivation. It is quite possible that, as in the West, domestic opposition to rapprochement, perhaps centered in the military, looked for opportunities to spike any progress in that direction. It is also likely that changes at the top, from Kim Il Song to his son, Kim Jong Il and then from him to the great leader's grandson, Kim Jong Un, led to shifts in policy. But it is also possible to conclude that the North Korean leadership never intended to forego nuclear weapons despite its repeated commitments to do so.

Why North Korea has pursued nuclear weapons so tenaciously is also a matter of speculation. For years, Pyongyang denied any such intention. Then, on announcing itself a nuclear power, it began to argue that these weapons were necessary for its defense, citing the fates of the Iraqi and Libyan regimes once they discontinued their nuclear programs. What is certain is that from the early 1990s the North Korean leadership recognized that the nuclear program was its only significant bargaining chip in relations with the rest of the world, the only reason that the U.S. or other major powers would take it seriously, and therefore the most important form of leverage it had in its external relations.

Kim Jong Un's latest overture is thus consistent with similar initiatives launched by his father and grandfather over the years. While North Korean leaders have generally preferred to deal directly with Washington, the Trump administration's current precondition for talks, that the North first agree to give up its nuclear arsenal, is unacceptable to North Korea. Hence Kim's approach to his South Korean counterpart, Moon Jae In, who campaigned last year on a promise to pursue reconciliation with the North. Kim's intent is likely to diminish tensions and reduce his regime's isolation somewhat, and perhaps to open a door to eventual talks with the Trump administration.

It seems most unlikely, however, that Kim will ever agree to hand over his nuclear weapons and dismantle his nuclear and missile programs. The most that eventually might be on offer would be some sort of freeze involving a halt in further nuclear and long-range missile tests. Going as far back as the Clinton administration, the U.S. has always rejected such a deal, insisting on rolling back North Korea's nuclear program rather than halting it in its tracks. The North, for its part, has often halted and even rolled back elements of that program, but it has never verifiably agreed to abandon it altogether.

This commentary originally appeared on U.S. News & World Report on January 8, 2018. Commentary gives RAND researchers a platform to convey insights based on their professional expertise and often on their peer-reviewed research and analysis.