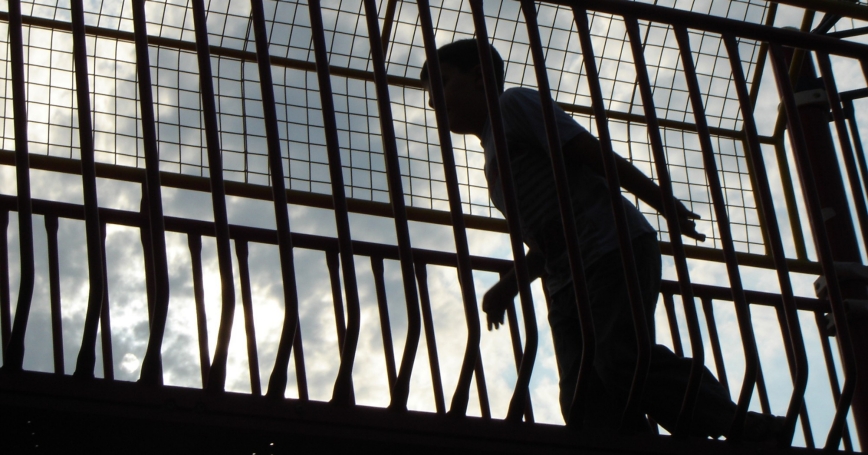 by Alex Sutherland and Matthew Davies

In 2015, an independent review on the use of targets in policing found that the police need to do more to tackle a culture of 'narrow target-chasing', which can often get in the way of police officers doing their job properly.

The case of first time entrants (FTEs) in England and Wales is an example of policing targets having unintended consequences that impact on the whole system.

FTEs are defined as young people between 10 and 17 years old who receive their first reprimand, final warning, caution or conviction for an offence. During the past 15 years, there have been substantial changes in the number of people entering the youth justice system for the first time—including many who might not have otherwise been formally processed.

A RAND Europe report for the Ministry of Justice looked at the reasons behind the changing trend in FTEs. A wide variety of government and policy decisions may have played significant roles in the observed change.

One such decision was the introduction of a 2002 target to increase the number of 'Offences Brought to Justice' (OBTJ) and reduce the gap between the numbers of crimes recorded by the police and those for which a perpetrator is identified.

In pursuit of these targets, it appears that police gave greater attention to young people who had committed non-serious offences for the first time. The logic being that these are 'low hanging fruit' in terms of case processing and hitting targets.

In 2008, the OBTJ target was changed to focus on bringing more serious offences to justice. At that time, there was a notable decline in the number of FTEs. Therefore, it can certainly be argued that the shift towards more serious crimes would reduce the number of young people entering the system, as serious crimes are less likely to be committed by young people or FTEs.

However, it is important to note that the number of FTEs fell from 2007 onwards—pre-dating the change in the OBTJ target. These falls may have been assisted, to some extent, by a fall in youth crime, or, at the very least, a fall in less serious crimes that contributed to the significant rise in FTEs from 2003 to 2007 (PDF).

Wider changes in criminal justice processes and decision making may also have been important influences, but the timing of these changes suggests they were part of a reaction to changes that had already occurred.

There were also several prevention initiatives to support vulnerable families, such as Sure Start and Family Intervention Programmes that may have contributed to this fall in youth crime (or at least, those being convicted).

However, attributing any large-scale changes to FTEs from these programmes is difficult. This is largely because they were often implemented in a variety of different ways and the intakes for some programmes included young people who had already recorded convictions. Therefore, they could not be classified as 'first time entrants'.

Ultimately, the rapid increase in the number of FTEs means it is difficult to identify factors other than policing that could have led to such a substantial change, nationally, over such a short period of time.

This trend could only be explained by changes or interventions that were national, aimed at young people aged 10-17, and sought to bring those who offend from that age group into the criminal justice system. None of the policy interventions we looked at achieved all three of these points.

FTEs demonstrate the important role of the police as gatekeepers to the criminal justice system and how the use of targets can influence the numbers entering the system.

The police play a critical role in determining whether young people are either directed towards or diverted away from the justice system. Introducing targets can create perverse incentives, and, in the context of FTEs, this raises particular concerns because of the potential damaging effects that criminalisation can have on young people.

This is not to say that all targets are detrimental, as they can play an important role in focusing limited resources and clearly articulating a set of key priorities for local forces. However, they must be carefully developed and should not be designed in a way that creates perverse incentives for the police—particularly in the context of youth offending.

Alex Sutherland was the lead author for 'An analysis of trends in first time entrants to the youth justice system', a study for the UK government's Ministry of Justice. Matthew Davies was formerly an associate analyst at RAND Europe.

This commentary originally appeared on Policing Insight on January 18, 2018. Commentary gives RAND researchers a platform to convey insights based on their professional expertise and often on their peer-reviewed research and analysis.