Why the Iranian Uprising Won't Die 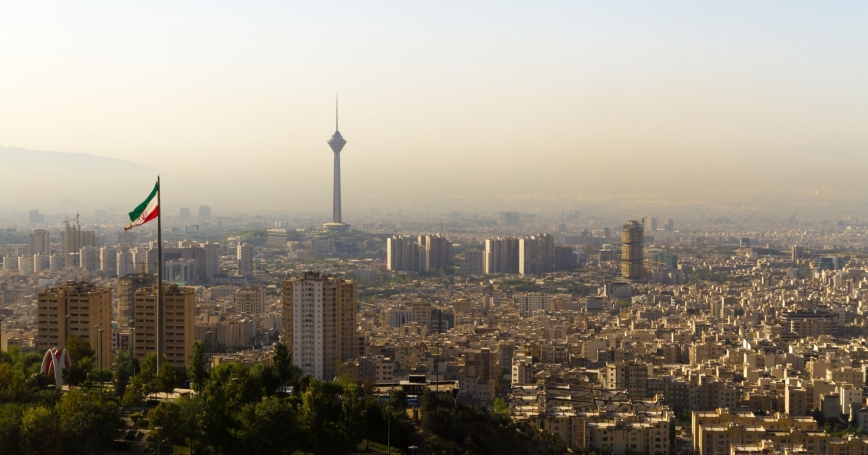 Modern Iran has faced many uprisings, insurgencies, and revolutions, from the 1905 Constitutional Revolution to the 1979 revolution to the 2009 Green Uprising. So the mass protests against the Islamic Republic that have taken place over the last few days are not unprecedented. But Iran has not witnessed such a storm since 2009, and possibly 1979. The Iran uprising of 2017 is the biggest challenge Iran's theocracy has ever faced.

The raw anger, violence against security forces and government offices, and dispersed nature of the revolt make it much different from the 2009 Green Uprising. Much of the protests so far have taken place outside of Tehran, in Iran's thousands of smaller towns and cities. The ire directed against Supreme Leader Ayatollah Ali Khamenei has been breathtaking. Iranians have expressed anger not only toward Khamenei, but the entire political and religious establishment. The uprising has also revealed a critical chink in the Iranian regime's armor: Although it may appear powerful in the Middle East, Iranians themselves resent its economic, social, religious and foreign policies. This could provide Washington with a rare opportunity to increase its leverage against Tehran in light of Iran's purported regional successes.

The 2017 uprising started in the mostly conservative city of Mashhad; rumors in Iran claim that it was started by conservatives opposed to President Hassan Rouhani's government. Former President Mahmoud Ahmadinejad was even accused by the Revolutionary Guards of having instigated the Mashhad protests. Regardless, the uprising quickly spread all over Iran from Mashhad to the holy city of Qom and Isfahan, among others. But remarkably, the worst violence took place in many smaller cities ranging in population from 50,000 to 200,000. These included Izeh, Dezful, Shahinshahr, Kermanshah, Sanandaj, and so on; the number of towns and cities are too many to list. And these places experienced not only protests, but also popular attacks against law enforcement forces, government offices, paramilitary Basij facilities, banks, and religious foundations associated with the regime. All over Iran, insurgents shouted against Khamenei and tore down his images, reminding many of the days of the 1979 revolution when statues of the shah were toppled nationwide.

The regime may appear powerful in the region, but Iranians resent its economic, social, religious and foreign policies.

The uprising also spread to Tehran, the capital and the hub of Iran's economy and culture, but protests there were relatively subdued. Reports indicate that Tehran's better-off people (in the northern part of the city anyhow) did not share the insurgents' grievances. But this is misleading: The regime expected future troubles in Tehran and other large cities and concentrated its forces and intelligence resources away from the smaller cities. That's partly why it was caught off guard.

Moreover, the people of Tehran, while struggling, have received some residual economic benefits from the Iran nuclear agreement, especially those having connections and contracts with the government. The rest of Iran, however, has faced greater impoverishment under the Rouhani presidency, with some of the insurgent cities facing as much as 40 to 60 percent unemployment rates. His budget, publicized or leaked right before the uprising, cut subsidies to the poor while increasing funding for the Revolutionary Guards and religious foundations viewed by many Iranians as corrupt, state-supported conglomerates. And Iranians were enraged as they struggled to feed their children while their government spent billions on its foreign adventures in Lebanon, Syria, Iraq, and elsewhere. While Iran was made poor, the regime became richer. While Iranians suffered, the regime's allies became powerful and prosperous.

The rage among Iranians should come as no surprise. It is due to decades of the regime's mismanagement, avarice, and repression. The Islamic Republic's water policies, documented by activists such as Nikahang Kowsar, have led to the destruction of entire riverbeds and lakes. Iranian cities suffer from some of the worst pollution on Earth, not just in smog-clogged Tehran, but above all in the Arab-speaking province of Khuzestan, which experienced perhaps the greatest degree of insurrection. Iranians believe their government does not care for them: The recent earthquake in Kermanshah, which killed hundreds and left thousands homeless, was mostly ignored by the government in Tehran. It is no surprise that the people of Kermanshah, who are mostly members of the Kurdish minority, took to the streets to voice their dissent.

Finally, Iran's nuclear program has been the height of the regime's folly. It has not produced any benefits for the population whatsoever, but it has led to U.S. and international sanctions that further gutted the economy. Rouhani's nuclear agreement was supposed to be his key to solving Iran's problems, but no end is in sight for Iran's millions of disenfranchised and dispossessed citizens who had put great hope in the agreement.

It is no surprise, then, that the uprising vented its anger at Iran's entire political establishment, including Rouhani and the reformists who have supported him.

Ultimately, only Iranians can change Iran. But the Trump administration could increase U.S. leverage by rescinding the travel ban against Iranians, by providing satellite internet to Iran's struggling activists, and by increasing support and funding for human rights efforts. It would be wise for Washington to keep the Iran nuclear agreement while it pressures the Islamic Republic on other fronts. After all, the source of Washington's problem is not just the nuclear program, but the regime that wields it. And ultimately, the key to finding a permanent solution to the nuclear program is fundamental change in Iran, which may be beginning.

There has been speculation that the uprising will die out or be crushed by the regime. However, a key barrier has been broken: Iranians are no longer contained by the wall of fear created by the Islamic Republic. Not only has Iran's theocracy lost its legitimacy, but it has lost its ability to control the public through the instruments of violence. Unlike in past protests, countless Iranians have demonstrated that they will no longer participate in the political game of “reformist vs. conservative” (better known as “moderates vs. conservatives” in the West). For them, no one from the establishment, including the so-called reformists, can make their lives better. For them, the entire system has to fall for a new Iran to be reborn.

A key test will be the response of the Revolutionary Guards and the Basij. Many of their commanders may be loyal to Khamenei, but the rank and file are conscripts who face the same daily struggles as their brethren. Thus, it is no surprise that some Basijis are reported to have burned their membership cards in support of the uprising.

The current uprising may not lead to the immediate collapse of the regime, but we are witnessing the death throes of the Islamic Republic. Even if the uprising ends today, it is but one step in a long struggle to achieve a more representative, democratic, and popular government. Khamenei and Rouhani may blame foreign enemies for the uprising, but their enemies are the hungry and oppressed people of Iran. They are awake. And they are legion.

This commentary originally appeared on Politico on January 7, 2018. Commentary gives RAND researchers a platform to convey insights based on their professional expertise and often on their peer-reviewed research and analysis.