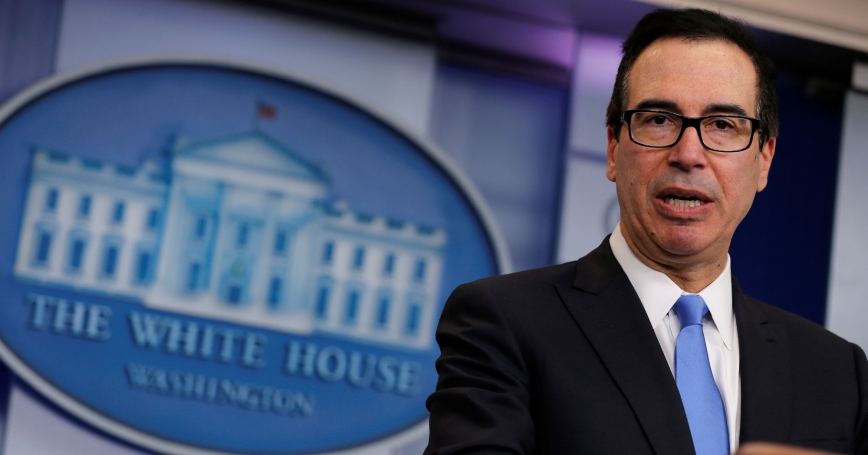 Announcing new sanctions on North Korea—as the White House did on Friday even as Ivanka Trump was arriving in South Korea to represent the United States at the Olympic closing ceremonies—was rather artful, turning the screws on the North while still embracing the South Korean leadership.

Even if Ivanka did not arrive in time to upstage Kim Yo Jong, the sister of North Korean leader Kim Jong Un, who had already returned home, President Trump's daughter was probably more welcome than Miss Kim's replacement at the Olympics, Kim Yong Chol. The former North Korean intelligence chief was thought to have organized attacks on South Korean territory and naval vessels.

Also probably less welcome was President Trump's threat, also made on Friday, to move on to “plan B,” meaning a military attack on North Korea if sanctions don't have the desired effect. Trump acknowledged that the move would be “very bad for the world.”

Yet, despite the new sanctions and President Trump's renewed threat of worse, on the last day of the Winter Games, the North Korean envoy told South Korea President Moon Jai In that his government was open to direct talks with Washington.

For his part, Trump said on Friday, “If we can make a deal, that would be a great thing.” So we may be on the verge of a direct encounter between the two governments, if still far from a deal.

The new American sanctions on 28 ships registered to China and several other counties are of course extraterritorial. That is to say that the United States is threatening to punish the companies of one foreign country for trading with another despite the lack of American jurisdiction over any aspect of the arrangement. Foreign governments tend to bridle at this extension of American authority.

On occasion, even some of Washington's closest allies have threatened countersanctions against entirely innocent American firms, thereby forcing Washington to back down. This did not happen with respect to the American extraterritorial sanctions on Iran that eventually brought that country to accept unprecedented restrictions on its nuclear program.

It has also not happened with respect to American sanctions on North Korea. In both cases, other countries share America's objectives even if they are not entirely happy with its methods.

China is among the countries least likely to submit to American extraterritorial interference in its trading arrangements. Yet, China has supported repeated expansion of international sanctions on North Korea imposed by the United Nations Security Council, as it likes a nuclear-armed North Korea even less.

With one of Chinese President Xi's top officials arriving Tuesday in Washington for high-level trade talks, this might not be the best time to proceed on imposing additional tariffs on Chinese steel and aluminum exports, as the Trump administration has recently been threatening.

James Dobbins is a senior fellow and distinguished chair in diplomacy and security at the nonprofit, nonpartisan RAND Corporation, a former assistant secretary of state, and the author of Foreign Service: Five Decades on the Frontlines of American Diplomacy.

This commentary originally appeared on The Hill on February 27, 2018. Commentary gives RAND researchers a platform to convey insights based on their professional expertise and often on their peer-reviewed research and analysis.