We Are Almost Dead: The Politics of Migrants and Refugees in an Unequal World 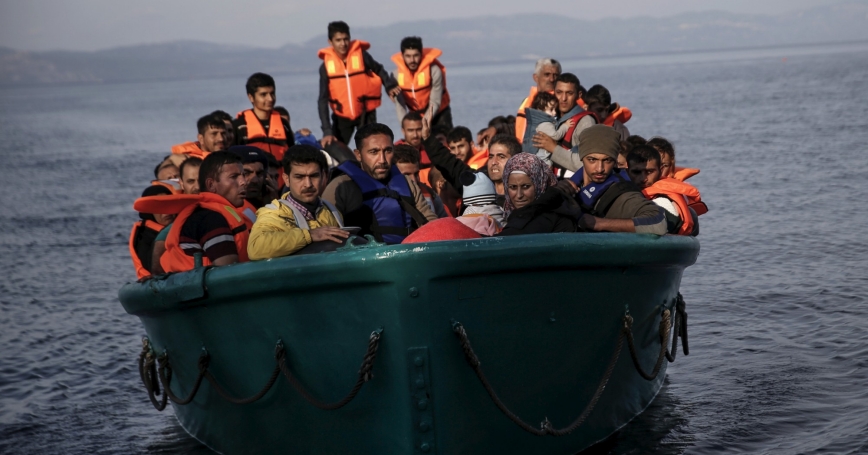 Refugees and migrants arrive on an overcrowded boat on the Greek island of Lesbos, November 10, 2015

When Alan Kurdi washed up on Turkey's western shore in September 2015, he immediately became the symbol of the global refugee crisis. The image of the lifeless three-year-old in a red T-shirt face down in the sand sparked international grief and outrage, and his brief life and watery death came to represent the horror of Syrian Civil War, the callousness of Europe, and the growing plight of all refugees today.

Life moved on, and the world forgot. Donations to aid groups and Google searches for “refugee,” both of which had surged in response to the photograph, plummeted within weeks. Charitable giving was never going to solve the situation anyway. As several excellent new books make clear, the global migration crisis is, at heart, a political problem. The political leaders who were so touched by the toddler's photo failed to act decisively or compassionately. One year after Kurdi's death, the boy's father lamented, “The politicians said after the deaths in my family: Never again! […] But what is happening now? People are still dying and nobody is doing anything about it.…”

The remainder of this commentary is available on lareviewofbooks.org.

Jonathan Blake is an associate political scientist at the nonprofit, nonpartisan RAND Corporation. He is the author of Contentious Rituals: Parading the Nation in Northern Ireland, which is forthcoming from Oxford University Press.

This commentary originally appeared on Los Angeles Review of Books on February 21, 2018. Commentary gives RAND researchers a platform to convey insights based on their professional expertise and often on their peer-reviewed research and analysis.