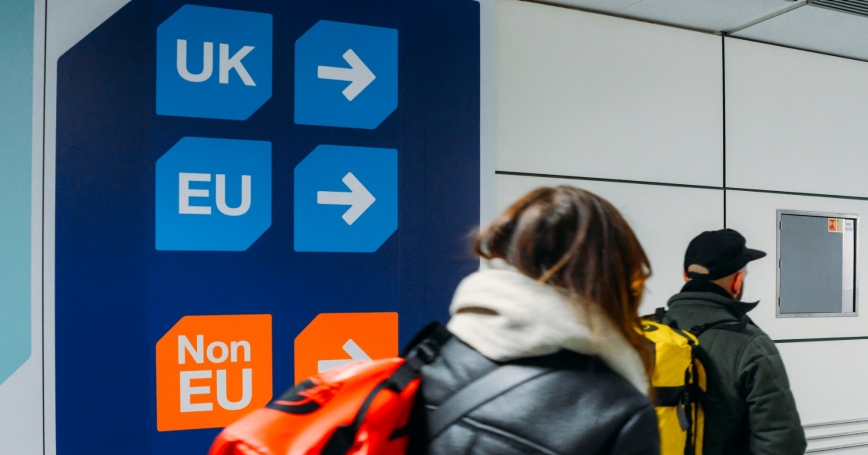 Prime Minister Theresa May's Brexit speech at Mansion House in early March focused largely on the important border questions with the Republic of Ireland, and wider financial and legal agreements. While it did provide a perfunctory nod to security issues, details about the exact arrangements between the UK and EU post-Brexit remain unclear.

There have been positive noises from the UK government and EU, suggesting that the current security arrangements will remain intact. Indeed, ensuring cooperation on counter-terrorism across Europe is crucial for wider security on the continent. The latest Comprehensive Assessment of EU Security Policy (PDF) from the European Commission recognises that to be truly effective, the security architecture has to be comprehensive and fully implemented across Europe, not just the EU. There are fears that a 'no deal' outcome on Brexit between the UK and EU would compromise the fight against terrorism.

Despite the challenges to security post-Brexit, there are examples of European countries rejecting EU integration, but still managing to work closely across European security issues.

Since their rejection of the Maastricht Treaty in the 1992 referendum, Denmark, an EU member state, has retained the option to 'opt out' of certain areas of cooperation within the EU. These include the use of the Euro currency, defence cooperation, and EU laws pertaining to Justice and Home Affairs (JHA). Despite these opt-outs, Denmark has retained their Europol membership, one of the most important information sharing mechanisms of the EU.

However, Denmark's membership of Europol came under threat following the 2015 referendum in which it refused to abolish its current JHA opt-outs (PDF). Fortunately, the potential repercussions of such a move on wider European security outweighed the legislative requirements. A last-minute agreement established in May 2017 avoided excluding Denmark completely from Europol.

Moreover, there are examples of non-EU members having greater or similar access to information sharing than current EU members. For example, the Schengen Information System (SIS), an information system for external border controls, includes non-EU members Switzerland, Norway, Liechtenstein and Iceland. However, EU members Bulgaria, Croatia, Cyprus, Romania, the Republic of Ireland and the UK only have limited access to the SIS, as they are not part of the Schengen area.

Further actions have also been taken to include wider European countries in the security architecture. Switzerland, Norway, Liechtenstein, and Iceland all actively participate in the European security architecture, despite not being a part of the EU. They have Europol membership and are part of various information exchange systems, such as the Visa Information System, EURODAC (the EU asylum fingerprint database), the Entry-Exit System and the European Travel Information and Authorisation System. Their inclusion only strengthens the systems and the cooperation links between all countries.

Ultimately, terrorism does not stop at borders. A stark example is Anis Amri, the perpetrator of the 2016 Berlin Christmas market attack. Amri traveled between five EU countries before being apprehended in Italy. The subsequent investigation into Amri even pointed to potential links between him and Switzerland, a non-EU country. Restricting the access to information, or making that access more difficult between specific nations could risk a less safe Europe.

Europe will be safer if its security architecture extends beyond EU member states and those countries that are part of the Schengen Area. The security of European citizens should outweigh political divisions and calculations, with security considerations seeking to be as inclusive as possible.

Current examples show that European countries can still have security arrangements across the continent, but not be a part of the EU or fully integrated with the EU project. During Brexit negotiations, it could be tempting for the UK and EU to use certain security structures as 'bargaining chips'. However, it is in no one's interests for both sides to adopt a 'zero-sum' approach to security discussions during Brexit negotiations.

Sarah Grand-Clement is an analyst at RAND Europe in the defence and security team.

This commentary originally appeared on Euractiv on March 26, 2018. Commentary gives RAND researchers a platform to convey insights based on their professional expertise and often on their peer-reviewed research and analysis.