How to Bring Facts into the Gun Policy Debate 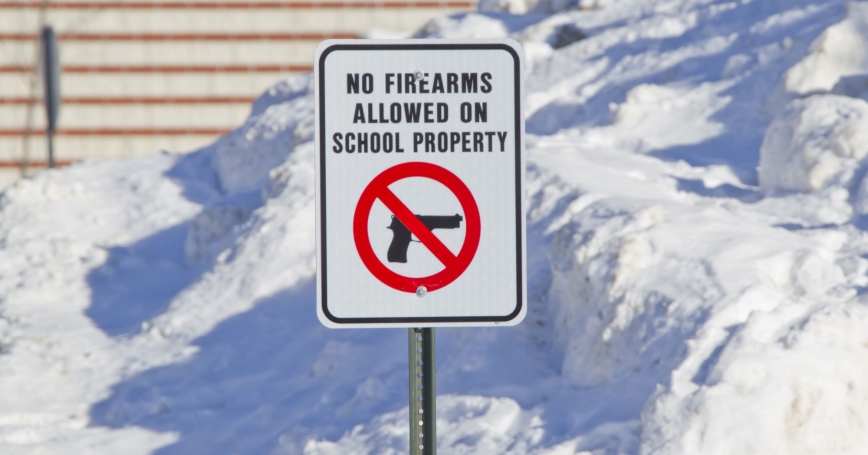 Do gun-free zones around schools make children more or less safe? It's a simple question that should have a factual answer.

But in the aftermath of the mass shooting at Florida's Marjory Stoneman Douglas High School, factual answers to such crucial questions are not easy to find. As debate continues to rage over the causes and prevention of gun violence, it's worth asking how science can help lawmakers and the public resolve longstanding disagreements that have stood in the way of solutions to the problem of gun violence.

Each side often suspects the other of cynically misrepresenting its views or advocating morally flawed positions. Yet it appears that the two sides may actually share similar objectives but have an honest disagreement about which policies achieve them.

This possibility was supported by research I recently led for the nonpartisan RAND Corporation. We surveyed nearly 100 experts — researchers, policy analysts from advocacy organizations and professional groups such as police. We solicited their views on 15 policies, including universal background checks and assault weapon bans, and asked them to estimate the effects of those policies on homicides, suicides, defensive gun use and matters such as privacy rights and a right to bear arms.

Regardless of whether the experts favor restricting or loosening gun laws, they favor policies they believe will reduce suicides, homicides, accidental deaths and mass shootings. In a few cases, the two groups of experts had similar beliefs about what a law's effects would be. For these laws — including mental health requirements for gun buyers, media campaigns to prevent children's access to firearms and mandatory reporting of lost or stolen guns — they were in far closer agreement about whether the laws should be adopted.

The largest disagreement involved the perceived effect on mass shootings of eliminating gun-free zones. Experts who favor more restrictive gun policies thought abolishing the zones would increase mass shootings by 5%, whereas those who prefer more permissive policies expected a 13% decrease.

The two groups of experts also sharply disagreed on what the ultimate benefits of reducing firearms homicides and suicides would be. They were asked to estimate how many of the firearms deaths prevented by gun laws would still result in a death by other lethal means — for instance, if a homicide was committed with a knife because a gun could not be obtained. Those sympathetic to looser regulation of guns said 90% of the reduced firearms suicides and homicides would result in death by other means, while those favoring tighter controls estimated only 20% of the deaths would still occur.

There are disagreements about facts that could be knowable, but most of the laws we reviewed have not been studied in ways that could clarify what their true effects are. Instead, much of the little available research cannot distinguish whether the policy caused changes in, for instance, suicide rates, or whether another factor might explain them, such as improvements in social services.

We know this because we reviewed thousands of studies in an attempt to find all research providing evidence about the specific effects of more than a dozen types of gun policies. We found solid scientific evidence for the effects of those policies on less than half of the outcomes we examined.

Federal restrictions on research are a major reason for the weak base of scientific evidence to support claims about gun policy.

Federal restrictions on research are a major reason for the weak base of scientific evidence to support claims about gun policy. A recent study by David Stark and Nigam Shah in the Journal of the American Medical Association compiled the 30 leading causes of death in the U.S. and compared them on the basis of how much federal research funding each receives. Gun violence received far less funding than nearly all other causes of death. Gun violence research received only 1.6% of the funding received by studies on other causes of death with similar mortality rates.

When Stark and Shah looked at the volume of research published on each of the 30 top causes of death, gun violence again fared unusually poorly. Between 2004 and 2015, 170,000 papers were published on liver disease compared with about 1,700 on gun violence, even though the mortality rates were similar.

The underfunding of gun violence study is partly a consequence of the signals sent by the Dickey Amendment, passed by Congress in 1996. It says that "none of the funds made available for injury prevention and control at the Centers for Disease Control and Prevention may be used to advocate or promote gun control (PDF)." Congress has included Dickey Amendment language in every CDC appropriations bill over the last two decades and recently expanded it to cover research funded by the National Institutes of Health.

Studies have shown that people can be strongly inclined to discount evidence that contradicts their views, especially if accepting the implications of new information could damage their professional alliances, peer-group standing or economic well-being. But without credible facts, society stands little chance of determining the fairness and effectiveness of laws governing firearm ownership and use. That's bad news for everyone seeking to reduce gun violence and injury.

This commentary originally appeared on USA Today on March 8, 2018. Commentary gives RAND researchers a platform to convey insights based on their professional expertise and often on their peer-reviewed research and analysis.