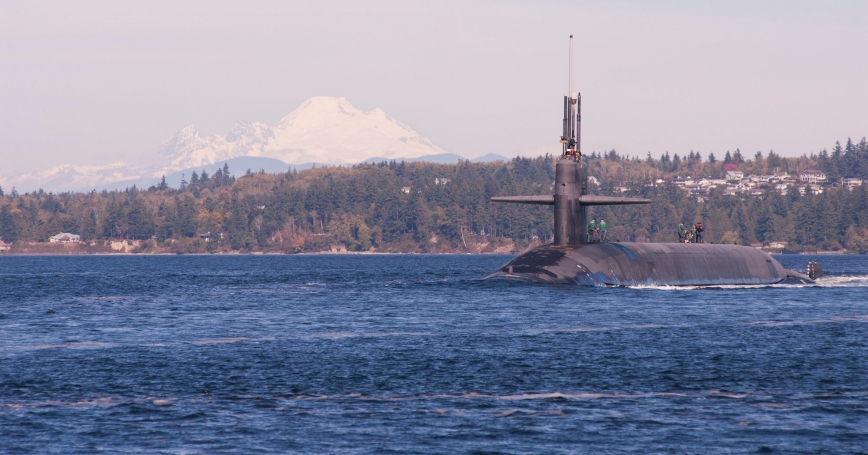 The 2018 Nuclear Posture Review’s decision to deploy a low-yield submarine-launched ballistic missile (SLBM) has produced intense criticism. One issue this presents, which I have addressed elsewhere, is the so-called “discrimination problem”—the challenge adversaries face in determining whether a launched SLBM is carrying a single low-yield warhead or a massive nuclear strike with several warheads. Another criticism of the review’s decisions is that the launch of a single SLBM with a single low-yield warhead will compromise the location of the submarine launching it. This revelation will then subject the submarine to counterattack through either conventional or nuclear anti-submarine warfare. Having spent a large part of my professional career assessing targeting options—ranging from terrorists to buried nuclear facilities, and including mobile missiles and submarines (PDF)—I am sympathetic to this argument. But prosecuting an attack on a very quiet submarine is quite challenging, so it is worth analyzing potential attack options to determine the actual risk to the submarine launching a low-yield SLBM.

There is one place where ballistic missile submarines are clearly vulnerable: in port. Some experts argue that in wartime the United States could upload additional warheads on to SLBMs and then load those missiles on to submarines. This would heighten the discrimination problem, and this time-consuming procedure could only be done at one of two facilities: Strategic Weapons Facility Atlantic (PDF) in Georgia or Strategic Weapons Facility Pacific (PDF) in Washington state. These facilities can be readily monitored and potentially targeted. In an extended conflict, the United States is unlikely to risk the survival of its ballistic missile submarine force to attempt this upload. Indeed, it is far more likely that any U.S. submarines in port during a major war will be headed out to sea as quickly as possible.

Once at sea, submarines are elusive, so the first step for any adversary seeking to target the launching submarine is to detect the launch of the SLBM. The fastest means to such detection is a space-based system, such as the U.S. Space Based Infrared System (SBIRS) satellites, which detect the heat of rocket motors. At present, none of the three states the Nuclear Posture Review mentions (Russia, China, North Korea) have a robust space based early warning system. North Korea has no space based early warning. China is rumored to be deploying a space based infrared early warning system, but even if true the system is still at an early or even experimental stage. Russia has been deploying early warning satellites since the 1970s but they have had serious problems. At present, Russia only has two modern infrared satellites, greatly limiting their utility for detecting SLBM launches.…

This commentary originally appeared on Lawfare on March 11, 2018. Commentary gives RAND researchers a platform to convey insights based on their professional expertise and often on their peer-reviewed research and analysis.