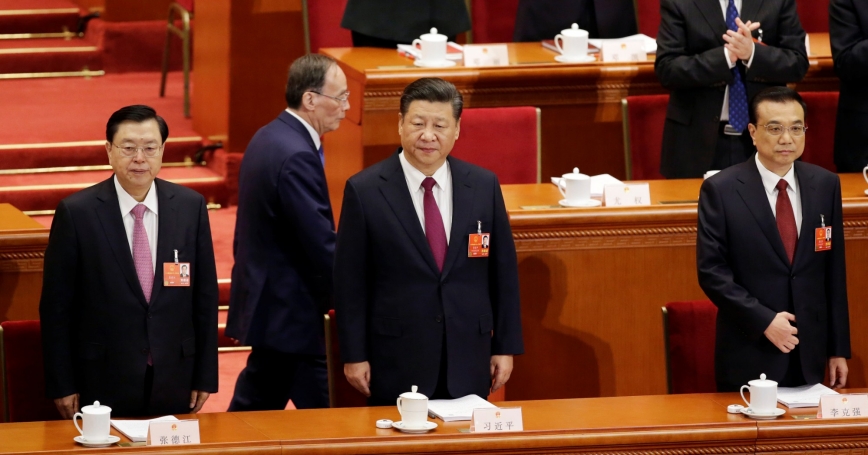 The abolition of presidential term limits in China represents a sea change in Communist Party politics and signals the consolidation of personalist rule by President Xi Jinping. China is by no means an outlier among illiberal regimes in heading in this direction, with Turkey, Russia, Venezuela and others having made similar moves. Even beyond the more authoritarian regimes, a number of democratic states including Rwanda, Nicaragua, Peru, Burundi and Bolivia, among others, have altered or eliminated presidential term limits in the last few years to allow incumbents to continue beyond their constitutionally appointed terms.

While deviations from term limits may not be a new phenomenon, they are deleterious for good governance, political rights and accountability, and their abrogation in China augurs poorly for its continued progress in these and other measures.

The Chinese model of governance was supposed to be different. Its proponents have lauded it as being more accountable than other authoritarian regimes and more pragmatic, technocratic and orderly than the many messy democracies it claims to have outperformed. There is no doubting the economic effectiveness of the Chinese model over the last few decades, even if one finds its record on human rights and civil liberties troublesome. The Chinese Communist Party, through its economic stewardship, has raised approximately 800 million people out of poverty — a feat unprecedented in human history.

Although this growth and poverty reduction have come at the expense of growing inequality and residual rural poverty, China's market-oriented reforms have allowed living standards to rise and pushed China to the forefront of the world's economic powers. The Chinese government has on occasion also demonstrated a willingness to respond to popular pressure from local protests, activists and social media to act on issues such as pollution and corruption. However, underlying all of this progress was the CCP's core belief that governance must be rational, predictable and pragmatic. Personalism, because of its dependence on an individual and their whims, belies these principles.

While the economic performance of democracies is often uneven, numerous studies demonstrate they tend to outperform their authoritarian counterparts over the long term. Because democracies are more broadly based and operate on consensus, they tend to produce better economic policies that are necessarily more representative of their citizens' beliefs and preferences. This reflects the "wisdom of the crowds" concept — many minds working together are better than one expert.

Authoritarian regimes, it has been argued, can develop more quickly economically because they can make decisive choices that may be initially unpopular but lead to better long-term results. The Pinochet regime in Chile and the Communist regime in China are often cited as exemplars of the argument for decisiveness. However, these few cases are the outliers, and this line of thinking ignores the bulk of the evidence from non-democratic regimes throughout the developing world that have demonstrated disastrous economic (not to mention political) performance after employing these methods. There is ample evidence of such ruinous, unaccountable regimes including current-day Venezuela, Zimbabwe and Chad, to name but a few. What many of these countries had in common on the road to perdition is that presidential term limits were either ignored, removed or never established.

In democratic states, constitutionally mandated presidential term limits have been enshrined in the majority of constitutions to promote competitive elections and the rule of law. The fundamental theoretical argument for presidential term limits is that they prevent the potentially dangerous consolidation of power in constitutional democracies by powerful, entrenched or charismatic individuals or interests; in fragile or fledgling democracies this argument takes on added importance. Such safeguards promote a healthy, rotating, representative government that assures different parties the opportunity to state their case and a legitimate chance to have their turn in power. In authoritarian states, term limits are necessarily less common, but they serve much the same purpose in ensuring that the leadership remains accountable to the state (or at least the party in power) and that the interests of the state or party are put before those of the people in charge.

China now sits at a key crossroads. Its record of sustained economic growth and poverty reduction is impressive and unprecedented. It now has a seat at the table in most of the world's global governing bodies. And it has become one of the world's great powers. This progress has been made possible by responsible, pragmatic governance based on a rotating leadership of capable technocrats. Removing the requirement for rotation necessarily limits the policy input of different technocrats and shrinks the space for new ideas and open policy debate within the CCP. The indefinite ascension of Xi above all of his peers imperils this progress because it personalizes and calcifies the leadership of the CCP — and undermines the blueprint that made this progress possible while simultaneously restricting the space for possible political reforms.

Bill Gelfeld is an assistant policy researcher at the nonprofit, nonpartisan RAND Corp. and a Ph.D. candidate at the Pardee RAND Graduate School. He lived in China from 2004 to 2006 and in 2013 and studies the effects of presidential term limit deviations on low- and middle-income democracies.