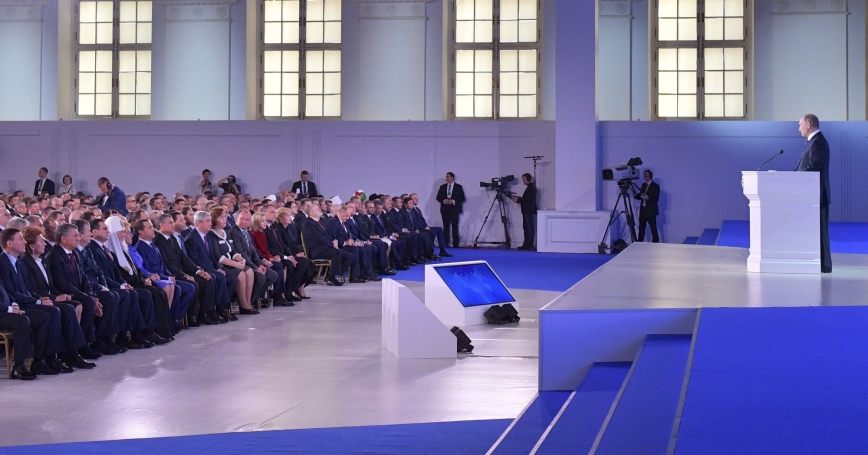 “Crazy.” “Dr. Strangelove weapons.” These were just two of the more colorful reactions to Russian President Vladimir Putin’s revelation of new exotic nuclear delivery systems in a March 1 speech. The system receiving the most attention is a nuclear-powered and nuclear-armed cruise missile with intercontinental range, though the Status-6, a nuclear-powered and nuclear-armed long-range underwater vehicle, has also drawn comment. Why would Russia, which has over 1,500 deployed strategic nuclear warheads that can already be delivered from existing ballistic and cruise missiles, invest in these new, exotic — and, according to some, crazy —systems?

The answer is deeply rooted in two of the defining events of modern Russian and Soviet history: the Great Patriotic War (or World War II) and the Cold War. Far from being crazy, these “new” Russian nuclear weapons have their origin in an abiding fear and respect for U.S. nuclear and missile defense capabilities. This history has implications for the future of U.S.–Russian arms control, which will remain bleak absent a return to limitations on missile defense to address Russia’s longstanding concerns.…

This commentary originally appeared on War on the Rocks on March 26, 2018. Commentary gives RAND researchers a platform to convey insights based on their professional expertise and often on their peer-reviewed research and analysis.