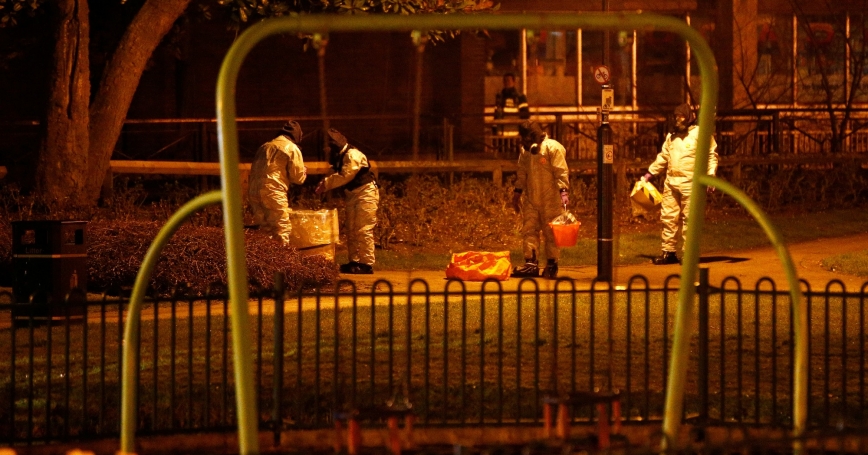 Emergency services staff work next to a children's play area near the bench where former Russian intelligence officer Sergei Skripal and his daughter Yulia were found poisoned in Salisbury, UK, March 13, 2018

The Novichok or N-series nerve agent — used in last week's attack against Russian ex-spy Sergei Skripal and his daughter Yulia in Salisbury, U.K. — is distinct from the better known G- and V-series nerve agents, which unfortunately have become more familiar after their use in Syria and by terrorist groups.

Novichok is up to 10 times more potent than the VX that was used to kill the half-brother of North Korean leader Kim Jong-un last year. It can penetrate NATO chemical protective gear and was specifically designed to be undetectable using NATO and U.K. sensors.

The bottom line: The use of Novichok represents a deadly game-changer for chemical warfare and nonproliferation. It demands global condemnation and an insistence that Russia account for how the nerve agent came to be used at all, much less on foreign soil.

Daniel M. Gerstein, a senior policy researcher at the RAND Corporation and adjunct professor at American University, was formerly the acting undersecretary for Science and Technology at the Department of Homeland Security.

This commentary originally appeared on Axios on March 16, 2018. Commentary gives RAND researchers a platform to convey insights based on their professional expertise and often on their peer-reviewed research and analysis.