The Danger of Truth Decay Across Europe 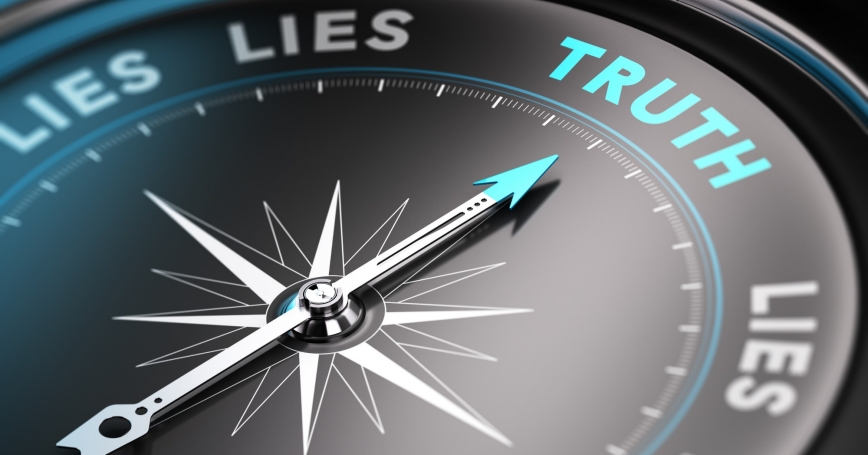 There's an old saying that a lie can travel halfway around the world while the truth is still putting on its shoes—and it seems like that is more true than ever today. With partial facts, disinformation, and incompatible versions of “the truth” all competing for attention, it is more and more important for Europeans to recognise the phenomenon that my American colleagues have described as “Truth Decay.”

Even journalists are waking up to this challenge with a February 2018 factsheet (PDF) prepared by researchers for the Reuters Institute for the Study of Journalism (RISJ) at the University of Oxford stating that online disinformation in Europe is an important issue that the public, publishers, companies, policymakers, and other stakeholders should pay serious attention to.

When specifically examining the cases of France and Italy, the researchers noted that both countries face serious issues with ideologically and politically motivated online disinformation. One of the most dangerous aspects is the disinformation involving specific events, issues, or stories, which can go viral and reach a potentially huge audience of people.

While the report prepared by RAND on the subject largely refers to the threat of Truth Decay in American political and civil discourse, I certainly recognise its effects here in Europe as well.

Truth Decay matters because disagreement about basic policy facts can make it hard for governments to pass laws for the greater good.

Truth Decay matters because disagreement about basic policy facts can make it hard for governments to pass laws for the greater good of society. External adversaries can also use disinformation to delegitimise systems of government. Both can lead to a decline in trust in institutions, which in some cases can be life-threatening. For example, this distrust could lead to people avoiding government recommendations on important health and safety issues.

Truth Decay is not entirely new. We can find traces of it in both European and American history, in periods such as the Vietnam War in the 1960s and '70s or, in more extreme cases, Germany's move to fascism in the 1930s.

Jennifer Kavanagh and Michael Rich, the RAND report's authors, define Truth Decay as being characterised by four key elements. The first is a heightened disagreement about facts and analytical interpretations of data. There have always been differences of opinion within the electorate across European nations. However, disagreements about objective facts have become increasingly common. A report from the RISJ on fact-checking across Europe noted that even simple factual questions can lead to disagreements, with fact-checkers coming under attack from critics who disagree with their verdicts.

The problematic relationship between fact and opinion owes itself largely to the next two elements: the blurring of the line between opinion and fact, and the increase in the volume and influence of opinions and personal experiences in relation to fact. This ambiguity and its increasing incidence raise the likelihood that audiences will encounter speculation or downright falsehoods. In turn, it becomes more difficult to identify key pieces of factual information. The 2017 Digital News Report from the RISJ found that just 40 per cent of Europeans felt that the news media did a good job in helping them distinguish fact from fiction.

The fourth and final element is the diminished trust in formerly respected institutions as sources of factual information. Europe is facing the same degradation of trust in political institutions as the United States, with the European Parliament and national parliaments held in suspicion by the public. Back in 2016, Klaus-Heiner Lehne, president of the European Court of Auditors, said that institutions in EU member states have lost the trust of citizens and that regaining it would be “a major challenge” in the years to come.

The phenomenon of Truth Decay in Europe could be seen during the 2016 EU referendum campaign in the UK and 2017 elections in France, Germany, and the Netherlands.

The 2016 EU referendum campaign was marked by huge discrepancies between “expert” calculations and political statements on both sides of the debate. The infamous claim on the side of a red battle-bus by the Leave Campaign that the UK could save a supposed £350 million every week was widely used during the referendum, but was disputed by the UK Statistics Authority as “potentially misleading.”

Meanwhile, Remain campaigners were accused of using “scare tactics” through overly gloomy economic forecasts that have not come to fruition post-Brexit. For example, one Remain Campaign claim made before the EU referendum vote that has not happened is that the UK would face an immediate recession if it voted to leave the EU.

In addition, there is evidence of Russian disinformation and interference in Western European political discourse. While uncertainties exist about their influence, it appears that these sorts of falsehoods serve to sow confusion within Western democracies.

Truth Decay poses a threat to the health and future of U.S. democracy. The same can be said for democracy across Europe.

It was reported that an online network of social media accounts linked to Russia was trying to boost messages connected to the far-right Alternative for Germany just before voting day for the 2017 German Election. There were similar stories in the 2017 Dutch elections, with the Dutch intelligence service AIVD reporting that Russia tried to influence the election in the Netherlands by spreading fake news. Finally, the National Security Agency in the United States suggested that Russia had at least some involvement in hacks that sought to discredit President Emmanuel Macron during the 2017 French election.

RAND's Kavanagh and Rich state that Truth Decay poses a threat to the health and future of U.S. democracy. The same can be said for democracy across European nations.

While being able to provide a framework for facts, research alone cannot resolve the complex problem of Truth Decay. It will take a range of actors—researchers, policymakers, government officials, educators, journalists, and other interested individuals—to come together, debate the issues, and try to find solutions across Europe. It is in the public interest to work together and respond to the significant challenge of Truth Decay. And then, maybe, the truth will put on its racing shoes and sprint past the falsehoods of the day to take pride of place in the public discourse.

Hans Pung is the President of RAND Europe.

This commentary originally appeared on E!Sharp on March 19, 2018. Commentary gives RAND researchers a platform to convey insights based on their professional expertise and often on their peer-reviewed research and analysis.