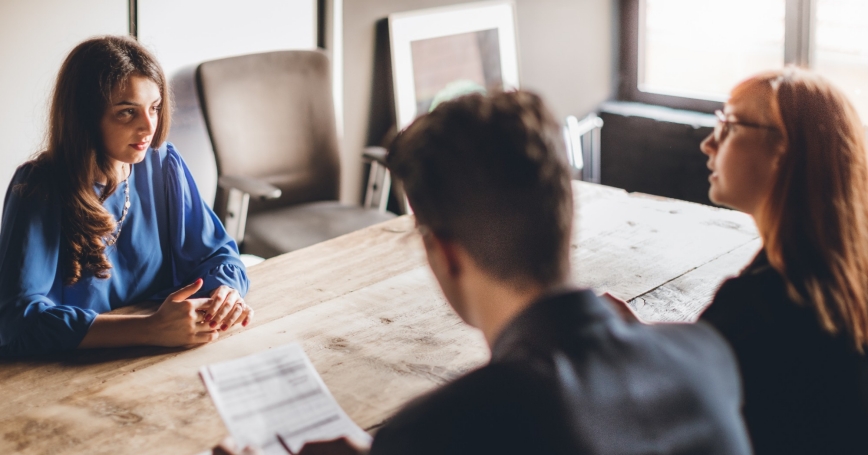 The polarization of the labor market — or decline in medium-skill jobs — is one of the more pressing concerns in today's economy. News stories abound of a shrinking middle class and a deficit of opportunity for those without a college degree.

There is a corresponding divide in educational attainment, particularly among young Americans, who are earning four-year college and graduate degrees in record numbers. As the return from higher education becomes more nuanced, it has implications for education and workforce policy.

As the population grows, a divergence in educational attainment is taking hold among the nation's youth. Over the last decade, more young Americans age 25 to 34 earned four-year college and graduate degrees while the numbers also went up on the opposite end of the spectrum — there was a rise in young Americans without college degrees.

Four million more young Americans graduated from four-year colleges and graduate programs in just the last decade, which represents a more than 30 percent increase from 2007 to 2017, according U.S. Census data.

Meanwhile, the number of young Americans with less than a bachelor's degree increased by about 1.7 million. At the same time, the labor force participation rate for those without a college degree continued to fall over the last decade, further widening the employment gap between those who have at least a four-year degree and those who do not.

That raises the question: Is the growing inequality in youth educational attainment good for society? Casual observers who advocate “college for all” may see this as a step in the right direction since more young people than ever are earning college and graduate degrees.

But when viewed in other ways, the answer is much less clear. As Anthony Carnevale, director of Georgetown University's Center on Education and the Workforce, said in recent testimony (PDF) before the U.S. Senate Committee on Health, Education, Labor and Pensions, not all degrees are created equal, and not all of them yield a high return on investment.

While earnings data show more education is usually better, on average, that is not always the case.

While earnings data show more education is usually better, on average, that is not always the case. That variation in wage premiums for college graduates might also help explain why census data show average real annual earnings of young people with at least a four-year degree increased by just 3.6 percent over the last decade.

Also subject to debate is the extent to which the skills demanded by the labor market have changed. The evidence (PDF) is mixed (PDF) on whether jobs require more technical skills, and whether these skills can only be acquired through often expensive four-year degrees.

A counterargument to the “college for all” view is that the market for college graduates is oversaturated, and employers are only demanding four-year degrees because so many people have one. Research by Harvard Business School empirically demonstrates this, which is also known as “degree creep” or “degree inflation.”

Census data also provides some support for this interpretation, showing an acceleration in graduate degree attainment. For example, two-thirds of the 1.5 million rise in the number of young Americans with graduate degrees over the last decade occurred in the last five years.

A growing disparity in education also exacerbates already limited job prospects (PDF) for those without a college degree. For the millions of young Americans who are less educated, the cost of not fitting into the traditional college mold is high, and the threat of being left behind is real.

Higher education and workforce policies could help mitigate the effects of this divergence. Instead of focusing heavily on college enrollment and completion, policies could be put in place that might help young people make the best educational choices for their individual needs.

A foundation for such policies can be found in data. Some researchers and student advocates in the higher education community are already actively pushing for policymakers to use as a tool the impending reauthorization of the Higher Education Act, which governs federal student aid. It could be used to collect detailed information on programs and outcomes, with the stipulation that the data be publicly available.

Similarly, new and innovative ways of communicating educational options and outcomes to young people are needed.

For example, simplifying the application for federal student aid would make the process less confusing for would-be student borrowers and their families, but pairing it with information on expected earnings related to their program of choice, and corresponding loan repayment amounts, would go a long way to encourage smarter decisions.

And for those not planning to attend college, greater access to career counseling and information on local labor market opportunities is essential.

For many young people, obtaining too much or too little education may be a fact of modern life. But more can be done to ensure young people know their options early so they can create a career plan — and better set themselves up for success.

Diana Carew is an assistant policy analyst at the nonprofit, nonpartisan RAND Corporation and a doctoral candidate at the Pardee RAND Graduate School. She is also a senior fellow at the Progressive Policy Institute.

This commentary originally appeared on The Hill on April 12, 2018. Commentary gives RAND researchers a platform to convey insights based on their professional expertise and often on their peer-reviewed research and analysis.