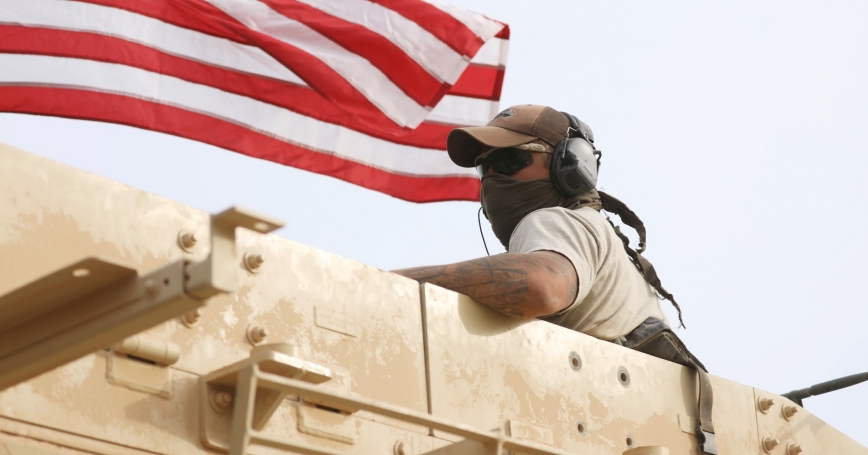 A member of U.S forces rides on a military vehicle near the Turkish border in the town of Darbasiya, Syria, April 28, 2017

Back in January, then-Secretary of State Rex Tillerson said that American objectives in Syria were to suppress any Islamic State (IS) resurgence, oust Bashar al-Assad from power, reduce Iranian influence, continue to back a Kurdish-dominated enclave and reassure our Turkish allies. This speech has now disappeared from the State Department website, along with all the former secretary of state's other pronouncements.…

James Dobbins holds the Distinguished Chair in Diplomacy and Security at the nonprofit, nonpartisan RAND Corporation. Jeffrey Martini is a senior Middle East researcher at RAND.

This commentary originally appeared on Al-Monitor on April 6, 2018. Commentary gives RAND researchers a platform to convey insights based on their professional expertise and often on their peer-reviewed research and analysis.