E-enabled Elections: The Future of Overseas Voting in Europe? 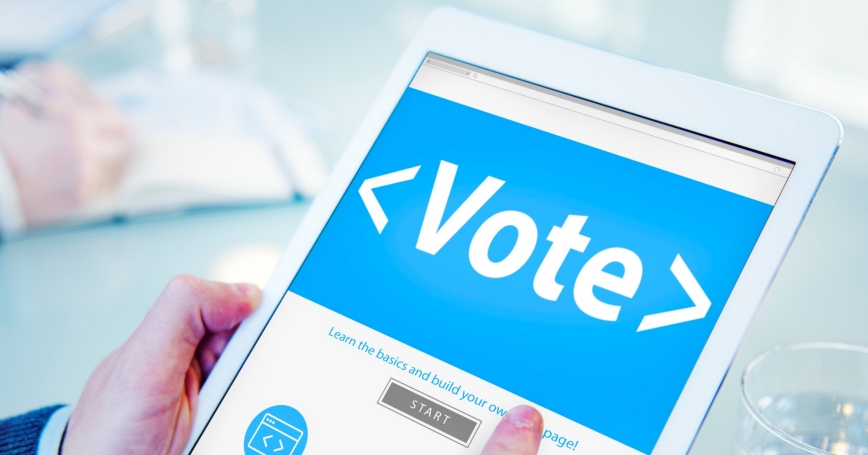 Around 17 million EU citizens hold citizenship of a Member State they do not currently live in. While expat's eligibility to vote in national elections differs from country to country, the majority of EU Member States have some provision for allowing their overseas voters to have a say on election day — usually through one or a mix of postal voting, proxy voting or voting at consulates or embassies.

None of the options is ideal. While in-person voting is considered the gold standard for reducing the risk of fraud, some countries lack a sufficiently wide network of embassies to enable this overseas. Proxy voting is rarer, and raises issues of trust with regard to the secrecy of the ballot. Postal ballots may be more suitable for a large or widespread diaspora, but introduce other risks such as fraud and voter identification. In addition, any disruption to postal routes may be a risk — as the UK found out when the eruption of an Icelandic volcano disrupted air traffic ahead of the 2010 general election and prevented the delivery of paper ballots to some overseas voters.

At its core, voting is the transmission of information — the electoral preference — from the voter to the community. In this regard, what scope is there for technology to ease the process of overseas voting?

Estonia — or E-Stonia, as the nickname goes — has another option: since 2004, voters have been able to make use of the country's national identification system to cast their ballot online. Interest in online voting has been growing across Europe. Lithuania looks set to follow suit, with plans to introduce an online voting system for elections by 2022. Meanwhile, the Scottish government's consultation on electoral reform (PDF) is floating the prospect of internet voting for its devolved parliament.

Finland is another country that flirted with the prospect of internet voting in 2016, but abandoned plans based on the recommendation of a working group. And while Estonia now has an established mechanism for voting in elections, an independent security analysis by the University of Michigan and partners claimed a number of risks in the system, including both software vulnerabilities and human security errors, such as downloading key software over unsecured connections.

Technological solutions at various stages of the voting process will require new thinking about electoral administration.

Regardless of the perceived benefits or drawbacks, the proliferation of technological solutions at various stages of the voting process will require new thinking about electoral administration. It may require greater reliance on third-party providers in implementing digital platforms, particularly with regard to commercially sensitive software and processes. These could have consequences for accountability and transparency.

E-enabled elections will also require new thinking about the standards for auditing and observing elections, with traditional election observers potentially having difficulties understanding the new software. Moreover, the same automation of processes which makes electronic voting efficient may also make it vulnerable to fraud or errors on a large scale. Therefore, the risks will have to be well-understood, and appropriate safeguards will need to be implemented.

Ultimately, while interest in technological solutions for elections is possibly at an all-time high, there are only a few mature online voting systems to learn from. Countries seeking to pilot e-enabled elections can certainly learn from Estonia, Canada, Switzerland and other countries with established technological solutions for remote voting — but should also learn from those that never made it to full implementation.

Katie Stewart is an analyst at RAND Europe. She is involved in a research project with Open Evidence examining the nature and extent of remote voting in EU Member States.

Open Evidence has launched an open survey to collect examples of the different ways that EU citizens can vote remotely, as well as attitudes to online voting.

The views and opinions expressed in this article are those of the authors and do not necessarily represent the official position of the European Commission.