Moscow Is Going Too Far 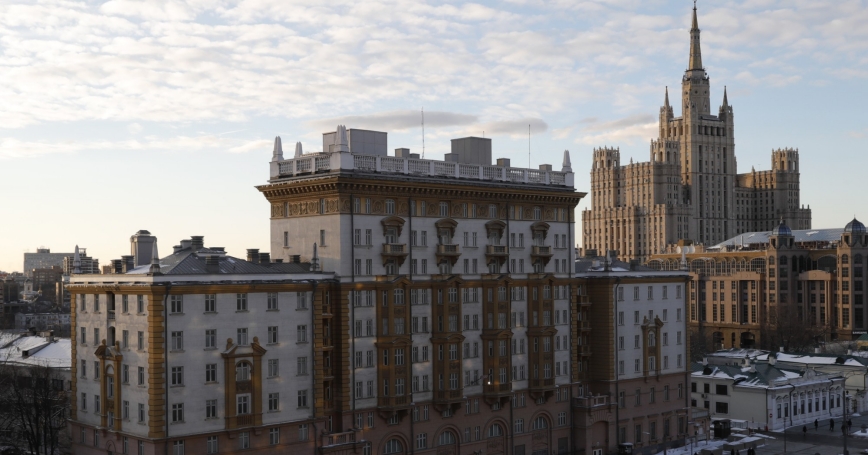 Russia has become more daring with the West and may face a rising price. In the war of expulsions, Moscow is acting as the aggrieved party even though the Kremlin is “highly likely” to have ordered the assassination attempt against former spy Sergei Skripal and his daughter in the U.K.

An angered West could turn from expulsions to economic countermeasures, hitting at Russia's soft underbelly.

The current spate of expulsions may be worse than in the Cold War era. In 1971, Britain expelled 105 Soviet personnel accused of espionage, and in 1983, France ousted 47. In 1985, the British and Soviets each expelled 31.

In 1986, under pressure from Congress after the 1985 “year of the spy” in which the United States made a series of high-profile espionage arrests, the Reagan administration removed 55 Soviets accused of intelligence activities.

The USSR responded by taking away 260 of its citizens who performed maintenance and other support functions at the American Embassy in Moscow and the Consulate General in Leningrad.

Last December, the United States ordered out 35 Russian diplomats in response to Russian election interference and harassment of U.S. diplomatic personnel. Russia did not retaliate right away, perhaps waiting for the Trump administration to take office.

A big difference this time is the scale of facility closures.

Each time after a decent interval, the sides tend to find ways to restore most or all their diplomatic staff. A big difference this time is the scale of facility closures.

In December 2016, the Obama administration seized two vacation estates that it said were being used for intelligence purposes, one on the eastern shore of Maryland and the other on Long Island. Last August, the Trump administration forced the closure of the Russian Consulate General in San Francisco, located high on a hill.

On March 26, the Trump administration ordered the closure of the Russian Consulate General in Seattle. All four facilities were diplomatically immune (U.S. personnel could not enter to inspect them) and located near sensitive U.S. activities.

In recent years, Russia's relations with the West have kept breaking new barriers. Prior to 2014, when Moscow illegally annexed Ukraine's Crimea region and launched a war in eastern Ukraine that still simmers (over 10,000 dead), few in the West expected enactment of major economic sanctions against Russia.

But in response to Crimea annexation, eastern Ukraine aggression and the shoot-down of the Malaysian airliner, Western countries denied Russia access to substantial financing and energy and defense technology.

Prior to 2016, when Russia interfered in the U.S. presidential election, few in Washington dreamed it would deprive Russia of three important facilities, especially its high-profile Consulate General in San Francisco.

Prior to the Skripal poisoning, Western countries never imagined they would engage in a first-ever, large-scale coordinated expulsion of Russian diplomats.

Russia has suffered a body blow to its intelligence collection capacity in the United States and may not want to lose more. Moscow has asymmetric advantages in cyber espionage and cyberattack skills and in military power near NATO's eastern flank. Russia may find these to be attractive tools to continue its fight against the West.

The West has asymmetric advantages in the economic realm and may give them more emphasis. British Prime Minister Theresa May is said to be exploring limits or a ban on Russian government sales of sovereign debt in the London financial market, for which Russia has few good alternatives.

Russian sovereign debt is attractive in part because government debt and budget deficits are low. Last month, over $4 billion in such debt was sold in London.

A second area of economic pain to Russia could come more naturally. Russian misbehavior in Ukraine, Syria, and the West keeps raising investor perceptions of political risk in Russia. Western investors who know less about Russia or live at some distance from it are sometimes more risk-averse.

Russia is missing in action in the development of most global supply chains, reducing its ability to exploit its location between two of the three largest markets in the world: China and Europe. Investor perceptions of risk in Russia will need to diminish for Russia to take better advantage of this economic opportunity.

Finally, the Kremlin's aggressive posture on expulsions might jeopardize an early summit that Putin hopes to have with President Trump, who may face pressure in Congress not to meet.

Kremlin policy seems to accord higher priority to foreign geopolitical adventures than to improving the economy at home. Tensions between Russia and the West may not diminish until the Kremlin alters its preferences.

William Courtney is an adjunct senior fellow at the nonprofit, nonpartisan RAND Corporation, and a former U.S. ambassador to Kazakhstan, Georgia and a U.S-Soviet commission to implement the Threshold Test Ban Treaty.

This commentary originally appeared on The Hill on April 3, 2018. Commentary gives RAND researchers a platform to convey insights based on their professional expertise and often on their peer-reviewed research and analysis.