Now's the Time to Act on Guantanamo 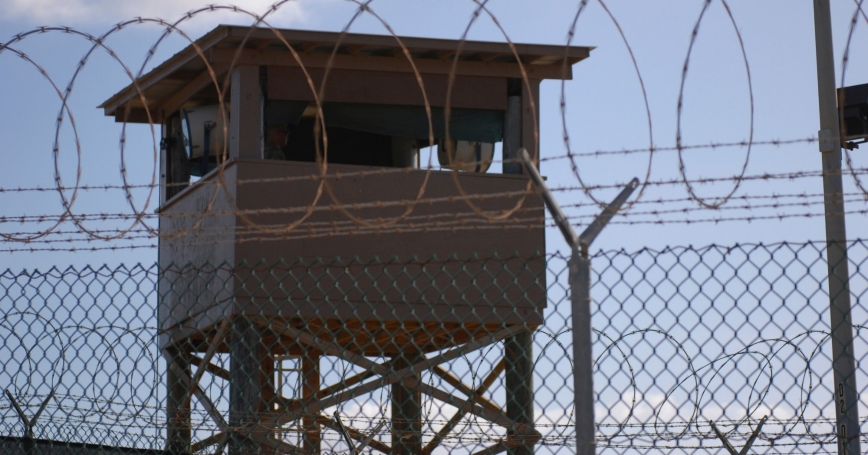 Most of the 41 terror suspects who remain confined at Guantanamo Bay are unlikely to be released from custody any time soon, but the possibility that new detainees may soon be sent to the facility argues for early action to accelerate the legal proceedings against those already being held.

Some of the detainees have been incarcerated for more than 15 years without a trial. The delays stem from inefficiencies in the U.S. military judicial process and the complexity of the cases themselves.

But what if U.S. federal judges, rather than the military, ran the process? As we noted in our report “Up to Speed,” the trials could be more efficiently—and likely more cost-effectively—managed by handing them over to federal judges.

Assigning federal judges full-time to Guantanamo would surely improve on the record of the military tribunals, which conducted only 30 days of on-the-record trial activity—across more than 100 defendants confined there at that time—during 2015.

A variety of factors contribute to the slow pace of the trials under the military, but much of it simply comes down to logistics. None of the key personnel, including judges and prosecution teams, are based on the island.

With no full-time personnel dedicated to the trials, assembling all the parties on a Caribbean island—reached by a three-hour military charter flight from Andrews Air Force Base in Maryland—is itself a trial at times. Legal teams, including the military judges, occasionally spend as much time in transit as they do participating in courtroom proceedings.

Why is reinvigorating the process and modernizing the court facilities important now, especially with such a small number of defendants remaining? Because the Trump administration is considering admitting new detainees to Guantanamo.

The original sources of Guantanamo detainees were the battlefields in Afghanistan and Iraq, as well as individuals captured elsewhere across the globe who were suspected of supporting al Qaeda.

But Afghanistan and Iraq now run the judicial process for detainees captured on their own territory. Instead, future detainees are likely to come from Syria and the conflict with ISIS.

Recently, some in the Trump administration argued that two captured Islamic State militants—El Shafee Elsheikh and Alexanda Kotey, who belonged to a cell that held, tortured, and killed Western hostages—should be transferred to Guantanamo.

Others have suggested they should be tried in federal court in the U.S. mainland. While no decision has been made, the debate over these two prisoners presents the possibility that the prison population at Guantanamo could rise again.

Thus, the time for improving trial capacity and efficiency is now, before new prisoners are added to a population. Reform could give detainees their long-denied day in court and possibly help deliver judicial closure to the families of terror victims.

This commentary originally appeared on The Hill on April 13, 2018. Commentary gives RAND researchers a platform to convey insights based on their professional expertise and often on their peer-reviewed research and analysis.