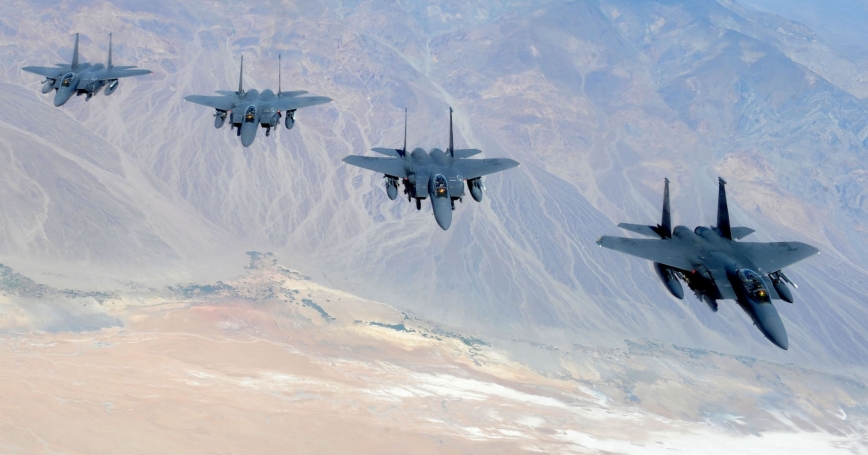 Judging by appearances, it is hard to imagine two more different approaches to the military and defense policy than those of the Obama and Trump administrations. President Barack Obama came into office championing “smart power”—a blend of diplomacy, development, and military power, and a reliance on multilateral international institutions to solve the strategic problems. By contrast, President Donald Trump unabashedly advocates an approach defined by “hard power,” as part of a broader “America First” strategy. This military-heavy approach to international affairs often comes at the budgetary expense of civilian foreign policy institutions.

And yet, one does not need to scratch much below the surface of the two administrations' official national security documents before these differences begin to blur. Take the Obama administration's unclassified 2012 Defense Strategic Guidance (PDF)—notable for the fact that Obama was deeply engaged in its creation: He hosted a series of meetings with the senior defense leadership to talk through the document and signed the final version. The strategy was hugely influential, but also quite controversial. Among its more contentious elements were: a shift away from the “two-war” construct—whereby the U.S. military committed to being able to fight two wars simultaneously—to a conducting “a large-scale operation in one region,” and “denying the objectives of—or imposing unacceptable costs on—an opportunistic aggressor in a second region.” The Defense Strategic Guidance directed a “rebalance toward the Asia-Pacific region” away from the counterinsurgency and counterterrorism operations in Middle East. Finally, the guidance also directed the department to no longer sizing the force to conduct “large-scale, prolonged stability operations.…”

A former active duty Army officer, Raphael S. Cohen is a political scientist at the nonprofit, nonpartisan RAND Corporation, an adjunct professor of Security Studies at Georgetown University and the author of “History and Politics of Defense Reviews,” from which this article is partially adapted.

This commentary originally appeared on War on the Rocks on April 25, 2018. Commentary gives RAND researchers a platform to convey insights based on their professional expertise and often on their peer-reviewed research and analysis.