What Role Will the United States Play in the World? 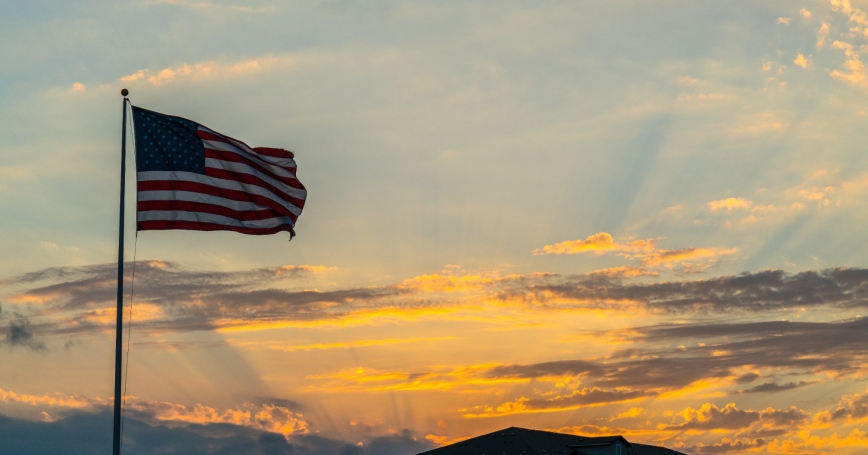 A combination of factors has sown concern about the condition of the postwar order: China's resurgence, destabilizing Russian conduct, the ongoing disintegration of the Middle East, and the increasingly far-reaching effects of artificial intelligence, to name a few.

Perhaps the greatest anxiety, however, stems from the evolving attitude of the order's principal architect, the United States. Under the leadership of Donald Trump, it is questioning the net strategic benefits of its participation as never before since the conclusion of World War II.

This judgment was a central theme among participants at the annual meeting of the Trilateral Commission, held last month in Singapore.

While those attending discussed Mr. Trump himself, they largely urged the adoption of a wider aperture: the president has tapped into a series of forces that had been converging well before his victory, and that will likely endure long after his time in office has concluded.

For starters, there is an increasingly marked disconnect between the issues that concern most Americans on a day-to-day basis and the way in which the foreign policy establishment discusses America's role in the world. Washington Post national security correspondent Greg Jaffe remarked in mid-2017 that “sustaining the U.S.-led, rules-based international order [is] an exhortation that, at best, [is] meaningless to most Americans. At worst, it smack[s] of soulless globalism.” 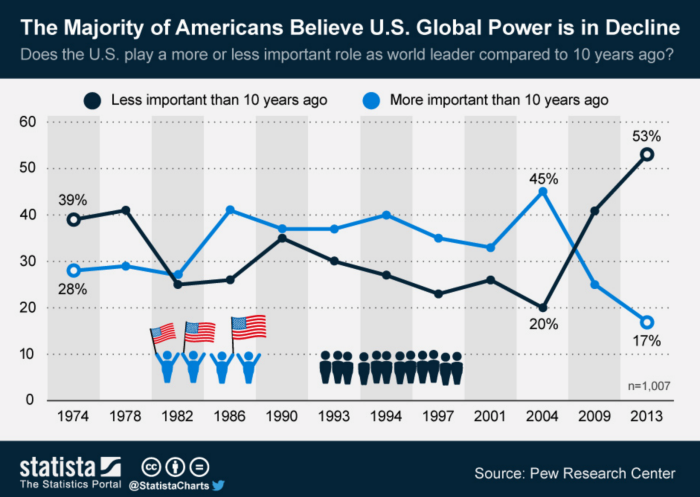 Less appreciated is the communications gap between establishment figures themselves: in an October 2016 report, a team of analysts at the RAND Corporation noted that “[d]espite the centrality of order to U.S. postwar grand strategy, the term order itself has been used in divergent ways by different observers. There is no consistent, widely understood definition of a rules-based liberal order.”

So long as those urging a renewed commitment to the postwar order scope its activities differently, prioritize different elements thereof, and adopt different metrics for gauging its success, they will find it difficult to formulate a coherent case internally, let alone articulate a compelling message externally.

Americans are questioning the returns to U.S. involvement in world affairs.

Problematic messaging is not the only issue, though; Americans are also questioning the returns to U.S. involvement in world affairs. While U.S. engagement encompasses a wide array of activities, ranging from disaster relief to backdoor diplomacy, most of it does not make the news. Instead, many Americans understand it primarily in terms of the country's military undertakings, which have had a poor track record in the early years of the 21st century: the wars in Afghanistan and Iraq have taken (PDF) the lives of nearly 7,000 American soldiers and left over 52,000 others wounded, while adding some $2.1 trillion to U.S. debt.

Especially in light of the global financial crisis of 2008–09, one wonders what that sum could have done to bolster the country's infrastructure or increase Americans' access to health care.

While America's economy has grown an extraordinary 80-fold in the postwar era, the benefits have been increasingly concentrated. The New York Times reports that “since the 1950s, three-quarters of working Americans have seen no change in lifetime income.” Economists Thomas Piketty, Emmanuel Saez, and Gabriel Zucman calculate that in 1980, adults “in the top one per cent earned on average 27 times more than the bottom 50 per cent of adults”; by 2014 they were earning 81 times as much.

Perhaps most concerningly, though, a pillar of America's narrative — upward mobility — appears to be increasingly shaky: a team led by Stanford's Raj Chetty determined that “only half the children born in the 1980s grew up to earn more [in real terms] than their parents did,” down from “from 92 per cent of children born in 1940.” Automation is likely to amplify such trends: a recent report by Bain and Company's Macro Trends Group forecasts that it could eliminate 20 to 25 per cent of current jobs in the United States, “hitting middle- to low-income workers the hardest.” It warned that “the growing gap between the majority of workers who suffer automation's negative impact and the highly skilled few who benefit from it is likely to increase income inequality dramatically.” 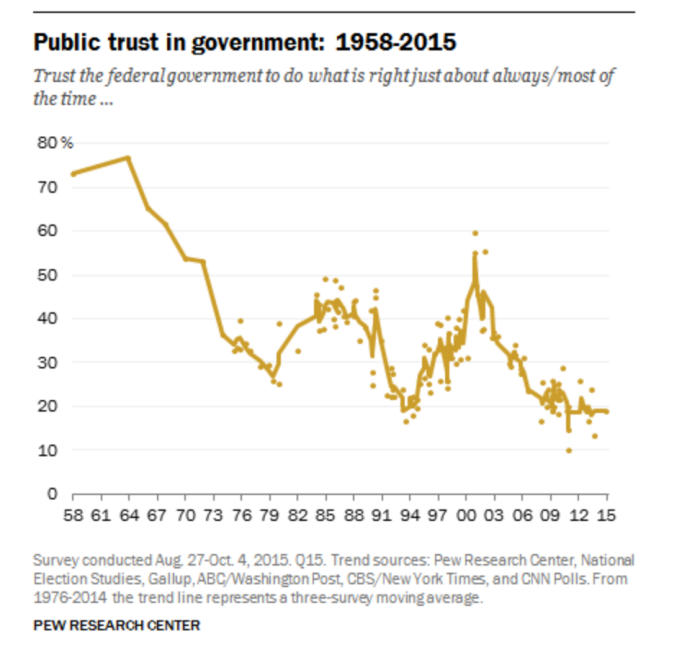 While America's resurgent populism is driven in part by economic trends, the Trilateral Commission's outgoing North America Chair, Joseph Nye, reminds us that cultural anxieties play a key role as well: “Areas that have lost jobs to foreign competition appear to have tended to support Trump,” he explains, “but so did older white males who have lost status with the rise in power of other demographic groups.” The U.S. Census Bureau reported last month that America's “non-Hispanic white-alone population is projected to shrink over the coming decades, from 199 million in 2020 to 179 million in 2060”; meanwhile, the “two or more races population” segment is expected to grow fastest.

There is at least one other factor at work, which Financial Times columnist Edward Luce calls “the craving for dignity.” “When people lose trust that society is treating them fairly,” he warns, “they drift into a deeper culture of mistrust.” While such sentiments are not unique to the modern era — it was over four decades ago, in 1975, that the Trilateral Commission published an influential report entitled The Crisis of Democracy — they loom larger in an era of social media, when those who believe their government has sacrificed them on the altar of globalization can connect with one another and amplify each other's voices more quickly and forcefully than ever before.

Americans have yet to turn isolationist; last April the Chicago Council on Global Affairs noted that, even in the Trump era, “a majority Americans of all political stripes said that the United States should maintain an active part in world affairs.” But Mr. Trump's election demonstrates that policymakers cannot take that proportion for granted: if they do not accord greater priority to domestic renewal and assuage wide-ranging public anxieties over the impact of globalization, the postwar order's erstwhile anchor may feel domestic pressure to abdicate its role.

This commentary originally appeared on World Economic Forum on April 26, 2018. Commentary gives RAND researchers a platform to convey insights based on their professional expertise and often on their peer-reviewed research and analysis.