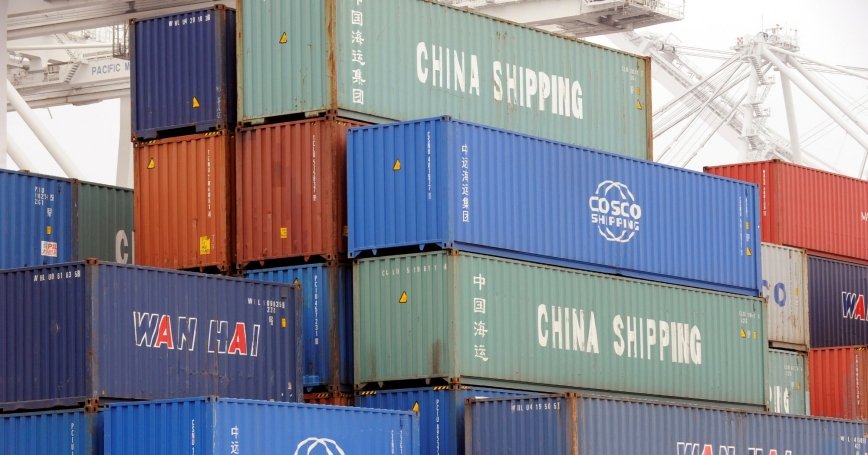 Do States Need Their Own Trade Policies?

Shipping containers at Pier J at the Port of Long Beach wait for processing in Long Beach, California, U.S., April 4, 2018

Now would not be the first time California's business and trade interests haven't aligned with those of Washington.

Federal trade policy has historically focused on supporting large firms creating the most jobs in high-visibility areas of agriculture, industrial manufacturing, consumer goods and retail, and that are already engaged in trade. This "more bang for the buck" approach delivers big, quick results favoring bulk commodities and big-ticket capital goods, from grains and soybeans to aircraft and power generation equipment. Markets for specialty crops, advanced prosthetics or high-tech bicycles are small and specialized, the argument goes; the trade learning curve is steep for newcomers, and the sophisticated companies are already in the game.

Federal trade policy has also tended to neglect services, which now account for a fourth of world trade and are of growing significance to the U.S. economy—$752 billion in exports and $505 billion in imports, 6.7 percent of GDP. In part, services get less attention because they are harder to measure and are not covered under World Trade Organization arbitration, making disputes hard to adjudicate. Still, both tariff and non-tariff services trade barriers can be significant: Consider the ban on Google in China.

In the 1980s, under pro-business Republican Gov. George Deukmejian, California bumped up against a similar disconnect. Markets were globalizing and California companies faced stiff competition and trade barriers from Asia, Europe and Latin America. General Agreement on Tariffs and Trade multilateral trade talks were underway but U.S. negotiators were focused on tariffs and quotas on steel, cars, textiles and sugar—not services trade, intellectual property protection or market openings for citrus, cherries and almonds.

Deukmejian tasked state exporters to design a bottom-up trade program that addressed their needs at the time: development of leads and buyer screening overseas; short-term bridge financing for export receivables; low-cost, state-branded trade show exhibits; lobbying support in Washington; and a focus on helping small and mid-sized companies to go global. A business-focused State World Trade Commission, housed within the governor's office, helped open new markets abroad, removed bureaucratic obstacles at home and simplified trade for these businesses, before it succumbed to budget pressures in the mid-1990s.

Today technology and business process innovation have streamlined trade even further. End-to-end logistics and communications are cheap and ubiquitous in most markets. Online payment and transaction settlement have simplified payment and documentation. Digital marketing and teleconferencing have lowered overseas travel costs. Arguably the biggest uncertainties today are from macroeconomic and political risk—including trade conflicts.

In recent months Washington has unilaterally imposed 10 percent to 25 percent tariffs on steel, aluminum, washing machines and solar panels without advance consultation, and has separately threatened tariffs on another $150 billion to $160 billion in a back-and-forth escalation with China over past intellectual property and technology transfer practices. The administration has sent mixed messages on the Trans-Pacific Partnership, and has reopened the North America Free Trade Agreement with Canada and Mexico. The U.S. remains a non-participant in the China-led Belt and Road Initiative and its financing arm, the Asian Infrastructure Investment Bank.

The stakes are high for California, which was the departure point for $172 billion worth of exports abroad in 2017. More than a third of it, nearly $60 billion, went to the state's top three markets: Mexico, Canada and China. All three countries are now in contentious negotiations with Washington, most notably China. U.S. Census Bureau data indicate that California shipped $16 billion in goods exports to China in 2017, mainly computers and electronics, transportation equipment, machinery, recyclables and agriculture. In 2015, the latest year for which data is available, California recorded $7.3 billion in services exports to China such as travel, education, licensing royalties, and film and television distribution. That total is widely seen as low, missing a wide range of online and other transactions due to data collection weaknesses.

The state is also a gateway for nearly $160 billion in goods imported from China: computers and electronics; electrical equipment and appliances; consumer goods; clothing; machinery; and furniture. Even when only passing through the state to inland destinations, imports navigate a network of terminals, rail and truck handoffs and warehouses that perform testing, assembly and packaging services as well as storage. The trade partnership, part of the Business Roundtable, estimates that more than 800,000 California jobs depend on two-way trade with China alone.

One possible effective state trade strategy today would be targeted, proactive and focused on small and mid-sized businesses. It could begin with an inventory of trade assets—including companies and sectors actively and successfully engaged in trade and tourism; business clusters and supplier networks with export potential, university research and patents that might have commercial applications where there is overseas demand; trade associations, accelerators and business networking groups that bring together entrepreneurs in new industries, two-year community colleges and vocational schools with curricula that feed into those sectors—to create a virtuous circle of talent and employment.

A next step could be to establish overseas relationships in sectors where there is demonstrated demand and where a state might enjoy a competitive edge. Along with overseas trade shows and missions; sister city, state and port relationships can identify business synergies. Outreach to American chambers of commerce and foreign counterpart business groups, use of expat and university alumni networks, university exchanges and accelerator partnerships can not only spot but create opportunities on the ground. Overseas offices are helpful but not essential today, with the internet and teleconferencing. Regions such as Los Angeles' 60-mile circle or the San Francisco Bay Area could pursue distinct strategies, plugging into broader state and federal programs where appropriate.

Two elements may well be critical to such a strategy: technology to digitize, centralize and coordinate market and company information; and information transparency across industry verticals, businesses of all sizes, entrepreneurs and academic researchers, enabling a state to quickly assemble the right teams offering tailored solutions for a referral, trade mission or project bid.

While it's the federal government, not California, that sets American trade policy, there are steps those in California could consider in order to optimize for trade opportunities abroad.

This commentary originally appeared on U.S. News & World Report on May 9, 2018. Commentary gives RAND researchers a platform to convey insights based on their professional expertise and often on their peer-reviewed research and analysis.