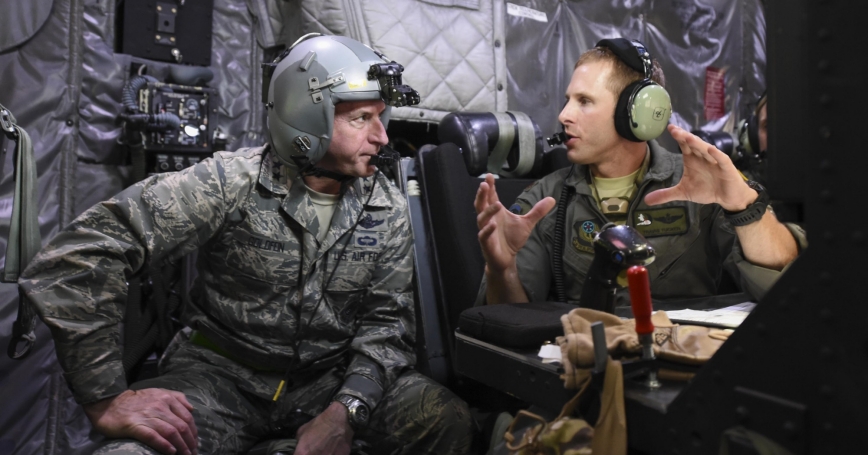 by John A. Ausink and Miriam Matthews

When Gen. David Goldfein became chief of staff of the Air Force in mid-2016, he called squadrons the “beating heart” of the service and promised that his first year as chief would focus on revitalizing the squadron as the core fighting unit of the Air Force. Since squadron commanders have a profound and lasting impact on airmen and their families, a better understanding of the major responsibilities of squadron commanders and whether they are adequately prepared to fulfill them could help advance this goal.

RAND Project Air Force interviewed squadron, group and wing commanders around the world and found that while they understand their responsibilities, they believe that many unrecognized duties interfere with mission performance. While they said they are generally prepared by professional education and career progression to fulfill their responsibilities, they could use more information and instruction on how to command. Undermanning was perceived to be a major resourcing issue.

Squadron commanders have four primary responsibilities: Execute the mission, lead people, manage resources and improve the unit. Commanders said they believe leading and managing people to be their most important responsibility. But scattered among Air Force instructions that provide guidelines for members of the service are thousands of “compliance statements” that direct commanders to accomplish other duties. While recognizing that many of these other duties are necessary for a squadron to function, commanders said they feel current manpower is insufficient to accomplish them all. They also expressed frustration that administrative duties and responding to requests for information from higher headquarters require a substantial amount of their time and can interfere with their squadron's primary mission.

Adequate preparation can help squadron commanders with understanding and performing their responsibilities. Air Force officers are prepared for command in two ways: through prior assignments and career experiences and through squadron commander courses, such as those conducted by Air Force Major Commands.

We found that these courses lacked standardization, and while those interviewed had some positive things to say about them, they highlighted several educational gaps. For example, they wanted more information on administrative and disciplinary responsibilities, and suggested a need for more-focused leadership training. Commanders also frequently mentioned the value of broad career experiences prior to command and the importance of being mentored as they advance in their careers.

Resourcing limitations might also influence squadron commanders. However, without an official Air Force definition of when a squadron is under—or over—resourced, it is difficult to assess the adequacy of resources and whether they are fairly distributed among squadrons. Only a few commanders expressed a need for more money or equipment, but there was a clear consensus in one area: concerns about squadron manning levels—not only about the total number of people in the squadron, but also about the distribution of people with the right skills and experience. The Air Force has introduced plans to increase staff support for commanders, but commanders' appreciation for this effort is tempered by concerns about defining the duties for the new personnel, the amount of time it will take to fill those positions, and the amount of time it will take to train new personnel assigned to those positions.

What Air Force Squadron Commanders Recommend to Improve Their Effectiveness 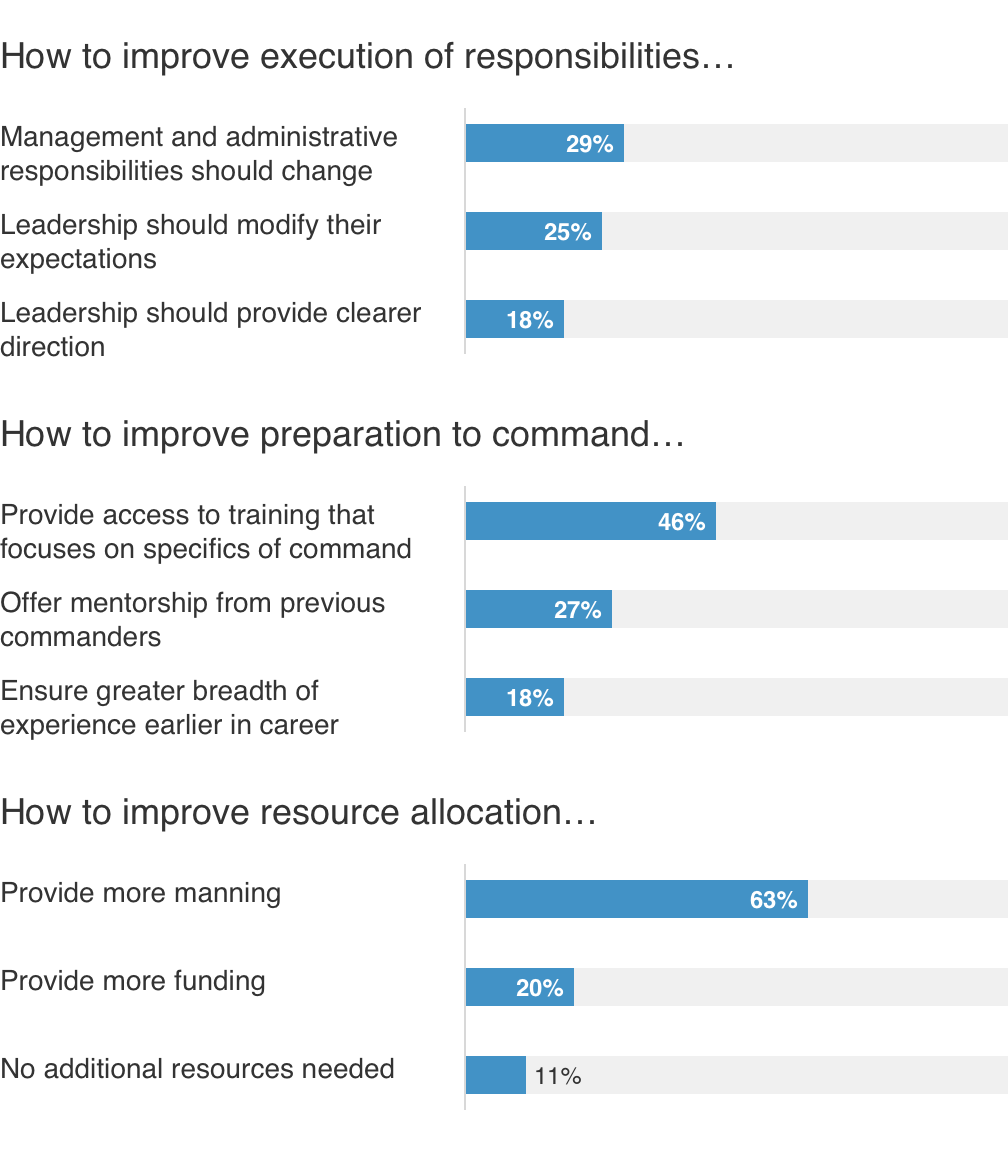 How to improve execution of responsibilities...

How to improve preparation to command...

How to improve resource allocation...

The commanders we interviewed identified changes they would like to see regarding squadron commander responsibilities, preparation and resourcing. The accompanying chart shows the top three recommendations in each category, based on the percentage of squadron commanders who mentioned them in interviews. Air Force leadership is addressing some of these recommendations by reviewing the need for many of the extra responsibilities levied on commanders in Air Force instructions, studying the feasibility of more standardized squadron commander preparation courses, and considering ways to ensure that manpower requirements are accurate. Continuing to do so could help move the Air Force toward its goal of revitalizing the squadron.

John A. Ausink is a senior policy researcher and Miriam M. Matthews is a social psychologist at the nonprofit, nonpartisan RAND Corporation.

This commentary originally appeared on Homeland Security Today on May 20, 2018. Commentary gives RAND researchers a platform to convey insights based on their professional expertise and often on their peer-reviewed research and analysis.